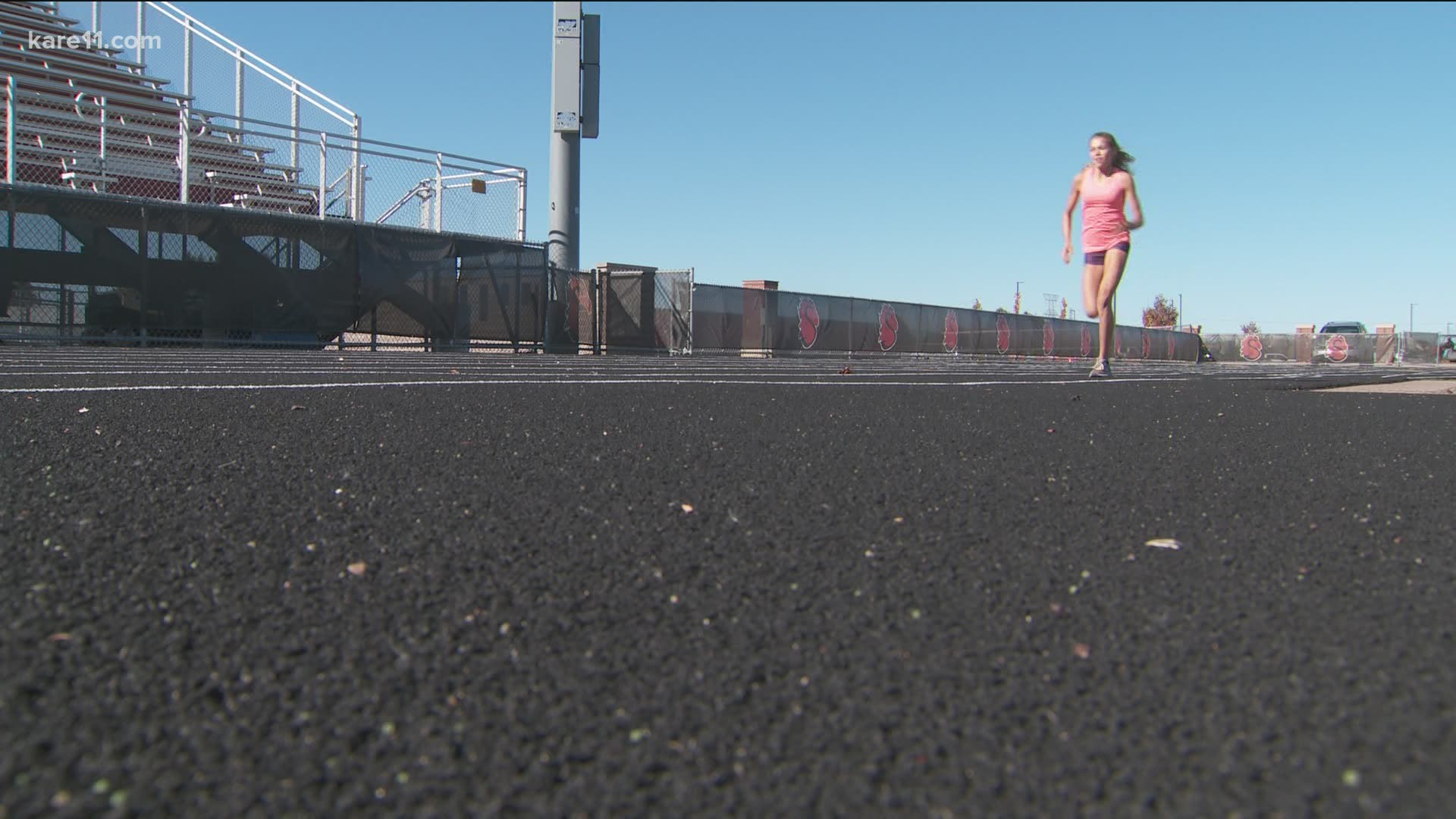 STILLWATER, Minn. — Ana Weaver is the defending state champion cross country runner, but she won't have the opportunity to defend that title this year.

"It's definitely disappointing. It's kind of like the end goal that you're working towards at the end of the season, so to not have that end goal put a slash in our season," Weaver said.

COVID-19 has impacted Weaver's season the same way it has most. But Weaver, still focused on running her best every meet, went into a 5K race at Forest Lake knowing she had a certain level of comfortability with the flat course. She ended up setting the state record with a time of 16 minutes and 42.6 seconds.

"I had run it before ... Going into the race I was actually just shooting for 16:50, trying to break that point. But then halfway through I realized I was on pace ... I had run that course before and I knew it was flat, so I just focused and put in the hard work and stayed strong," she said.

Weaver will finish the season with her team before joining the cross country team at Brigham Young University in Utah.