The NBA playoffs were recently put on hold after players refused to play following the police shooting of Jacob Blake in Wisconsin. 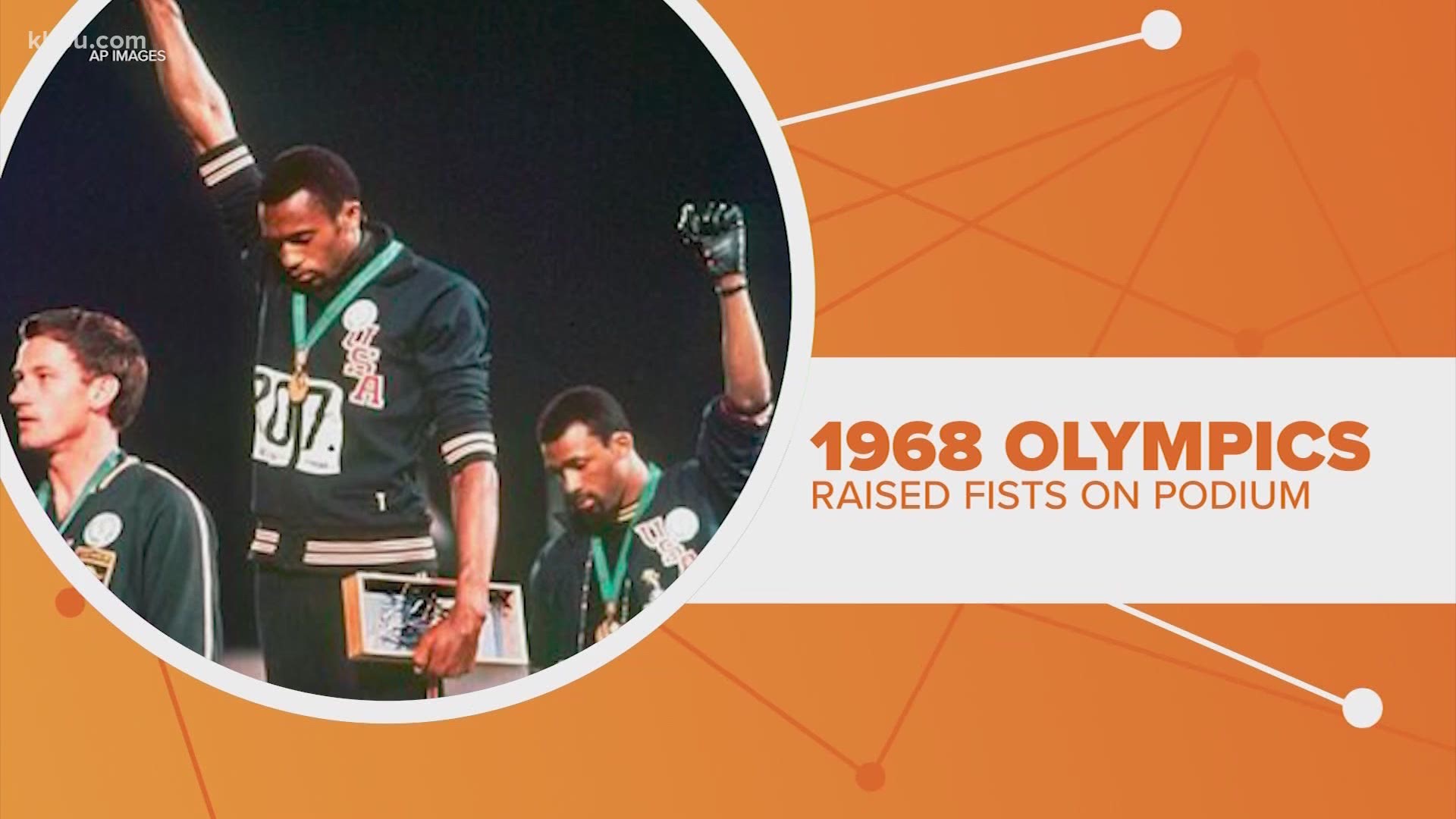 It may seem like 2020 is the year of unprecedented events, but there is at least one current headline that has a long history -- prominent athletes protesting racial injustice. Let’s connect the dots.

This is not the first time athletes have used their positions to speak out on social issues.

One of the most famous happened at the 1968 Olympic games. That’s when two American athletes, Tommie Smith and John Carlos raised their fists as they stood on the winner's podium, silently protesting discrimination in the U.S.

They paid a heavy price for that gesture. They were expelled from the games by the Olympic committee and harshly criticized at home.

More recently, starting in 2010, the Phoenix Suns wore jerseys that said “Los Suns”. That was in the wake of Arizona passing a strict immigration policy that was criticized as encouraging racial profiling. And just to make sure no one could misinterpret the move when the team announced the jersey switch they released a statement slamming the law.

Two of the world’s most famous tennis players, Serena and Venus Williams, boycotted one tennis tournament for 14 years.

It was sparked in 2001 when during a contentious match, at the Indian Wells Tournament, Serena was booed by the predominantly white crowd and there were accusations of racial slurs.

She announced she was returning to the prestigious California tournament in 2015 in the spirit of forgiveness.