The Zags have made history this season and are looking to chase down some more records. Here's what could happen as we enter into March Madness. 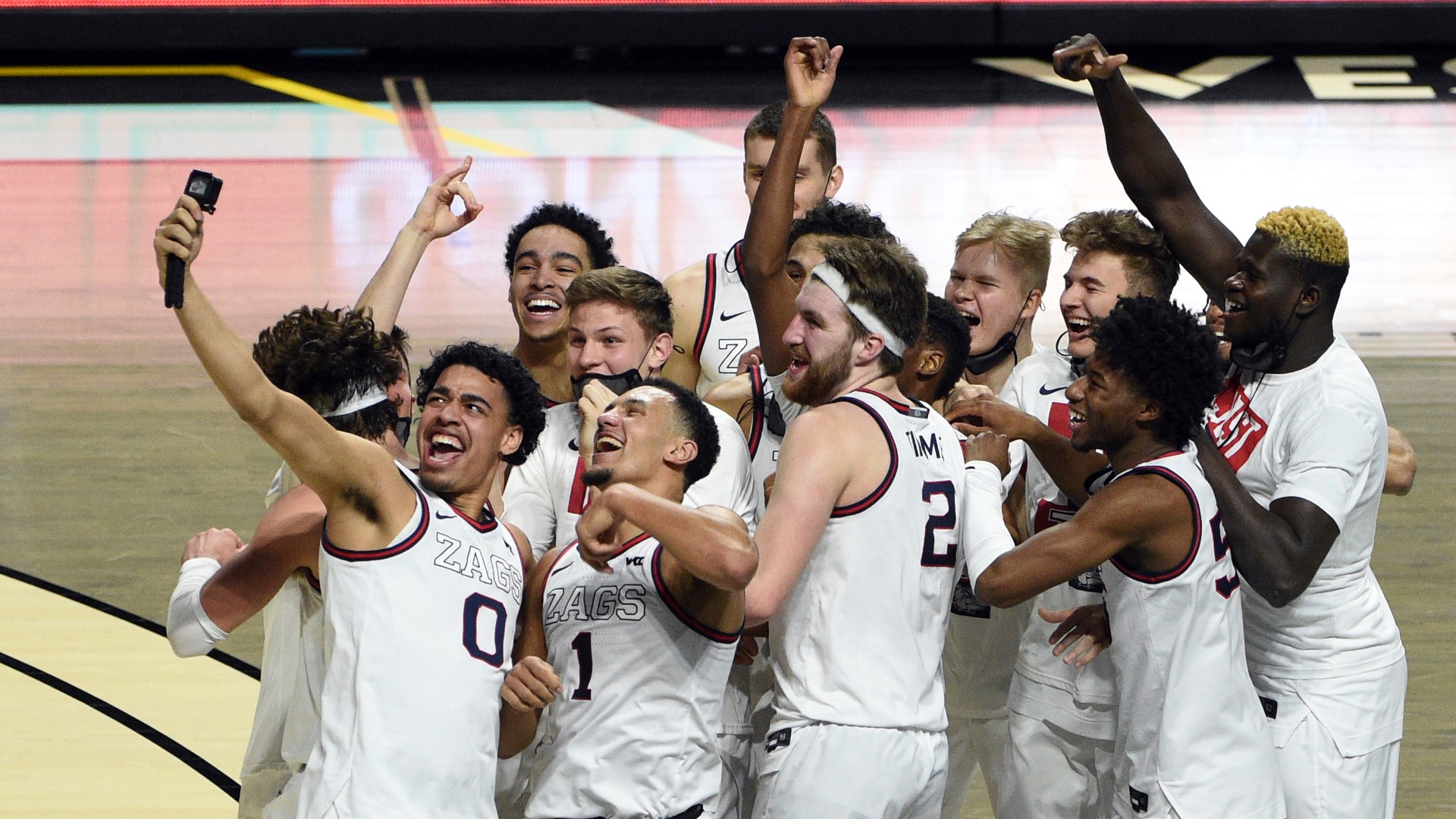 SPOKANE, Wash. — Gonzaga men's basketball will go into the NCAA Tournament looking to chase down some records.

The Zags have made a lot of history and are looking to set more. Here's what they've done as a team and individually and what could happen next.

WHAT THEY'VE ACCOMPLISHED AS A TEAM AND INDIVIDUALLY

Gonzaga will enter the NCAA Tournament as the 20th undefeated team ever.

The Zags hold the record for most double-digit wins as the Associated Press top ranked team in the country with 23. They passed the 1971-1972 UCLA team when they reached 21 straight. The Bruins won the title undefeated that season. No other team has accomplished this in the past 60 seasons.

By winning the West Coast Conference Tournament Championship against BYU, the Zags became the only NCAA D-I team in the last 25 years to allow 50 points or more in the first half of a conference title game and still win.

Gonzaga became the only program in the seven year history of the Naismith Starting Five Awards to have four players named as finalists in the same season. Corey Kispert, Drew Time, Jalen Suggs and Joel Ayayi were all honored.

The Zags became the first team ever to beat four AP top 20 teams in its first seven games of the season capped off with a win against then No. 16 Virginia on Dec. 26. They won by 23, which was Gonzaga's largest margin of victory against a ranked team under Mark Few.

The Zags broke a program record for most straight weeks atop the Associated Press Poll with five straight weeks on Dec. 21. They've led the poll every week this season.

Gonzaga became first team since Loyola Marymount in 1990-1991 to open its season with 11 straight games scoring 85 points or more.

It's the first time since 2008 when Saint Mary's did it that a team had five different players from the same team with West Coast Conference Player of the Week.

Joel Ayayi recorded the first triple double in Gonzaga men's basketball history on the road against Portland on Jan. 9. He finished with 12 points, 14 assists and 13 rebounds.

Head coach Mark Few eclipsed 600 wins as a coach. His wins remain the highest by a lot in program history.

Corey Kispert is now tied for fifth most three-pointers made in Gonzaga history. He's tied with former guard Josh Perkins.

WHAT THEY COULD ACCOMPLISH

Gonzaga could win its first men's basketball national title ever.

The Zags could become the 8th ever team to win the national title undefeated. The last team was Indiana in 1975-1976.

Strawther: “What do you have to say to them coach?”