A new road to recovery after concussions

“It’s scary you're thinking one way and then over time your brain starts to change how you think and how you act,” says Brower. 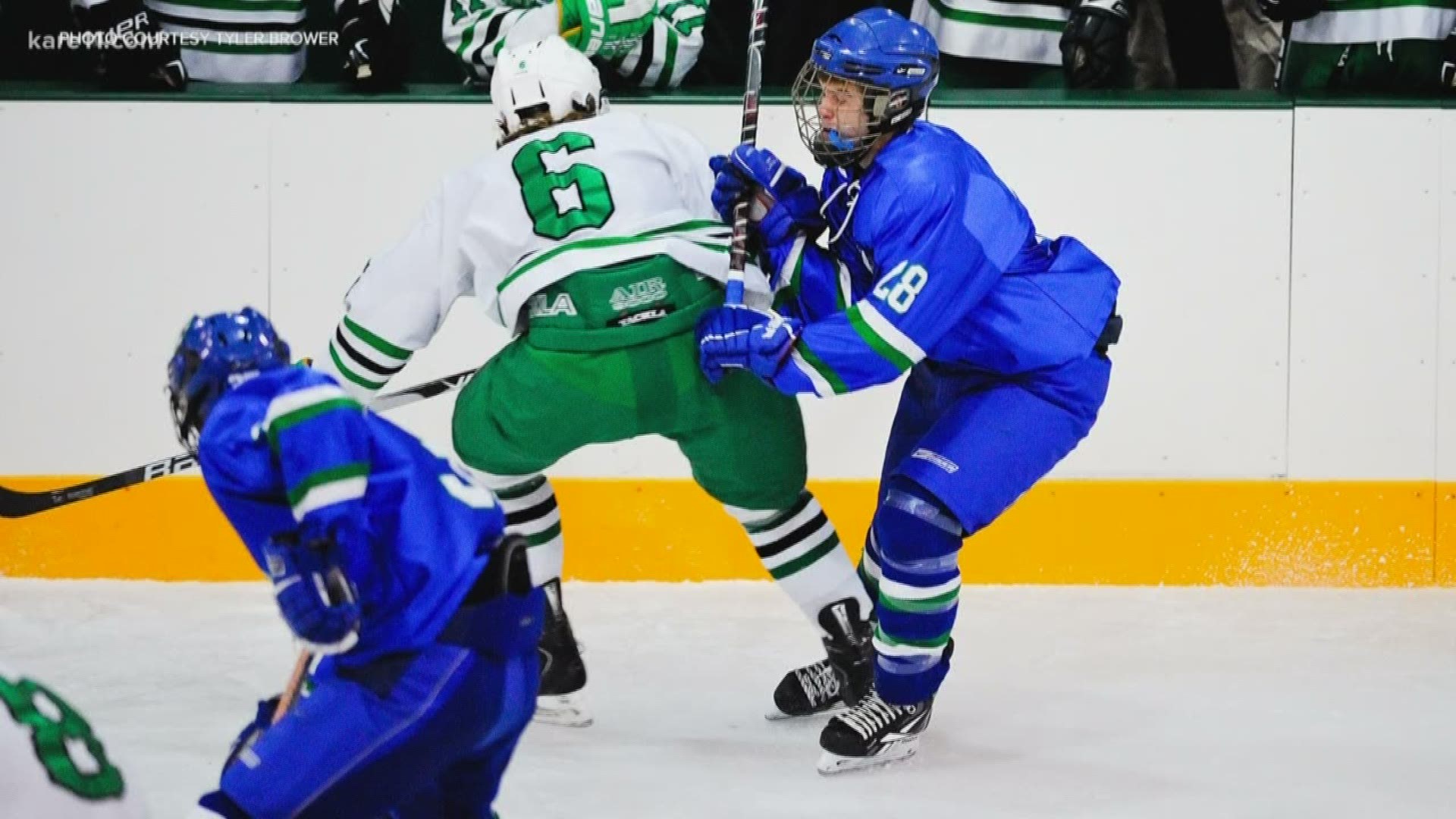 EDINA, Minn. —
When you see the ease with which Tyler Brower glides around the ice -- it's hard to see any rough spots.

“I never felt joy like I did when I was playing hockey,” says Tyler Brower. “Not in anything else on this earth.”

“The dark times – it's pitch black”, says Brower. “Where you don't see light in anything. Thank god I am not where I was.”

Like so many in Minnesota Tyler grew up chasing a dream. His father and grandfather both played hockey. And even though he started late by Minnesota standards at the age of 12 -- like the laces on his skates...he felt a strong pull to the ice.

“Cause when you’re playing as a kid every boys dream is to say I made it,” says Brower. “Like honestly sit back and say, I made it.”

On the ice Tyler excelled. And when he got to high school, he made the Edina Varsity squad. But while he was getting stronger on the outside -- there was a growing problem inside

“With each concussion I think his issues became more evident,” his mother Petra recalls.

To this day, Tyler Brouwer can't tell you how many concussions he suffered throughout his young hockey career, but he can tell you how much he's suffered.

“Crying on the couch watching our Edina high school team skate,” recalls Brower. “I just felt empty and worthless almost this is what I have dreamt about my entire playing career.”

It wasn't just hockey though that Tyler was losing a grip of. It was his academics. His relationships, his own mind

“It’s scary you're thinking one way and then over time your brain starts to change how you think and how you act,” says Brower. “For me personally I would notice those things so I would almost cover my tracks in a way.”

“I saw him becoming irritable and not as patient anymore,” says Petra. “That's just because he was just hurting so much.”

With each concussion, Tyler would rest. In many ways he was no different than the estimated 1.7 to 3 million people who deal with sports related concussions and their side effects each year according to the University of Pittsburgh Medical center. only Tyler's symptoms never fully subsided -- neither physically or mentally.

“Still symptomatic the headache every day, seeing spots when I worked out in my eyes,” says Brower. “I would want to throw up when we were skating feeling symptomatic even more the season started.”

His academic struggles continued as well at Gustavus Adolphus College and he become academically ineligible -- Tyler quit hockey and school after three semesters. Without ever playing a game

For most of the next 3 years his own search for answers took him nowhere. And the longer he spent off the ice the darker things got in his head, even pondering suicide

“I never had an attempt it was more so it was a thought” recalls Tyler. “I am driving in my car I feel pretty down and there is no one on the road so I am not going to take someone’s car out so it's not like there would be a big collision accident and someone isn't going to get hurt. How easy would it be to just steer into this or to take my life.”

It wasn't until he went to Tria Orthopedics to rehab an old shoulder injury that he finally found the help he'd been looking for. Seeing A pamphlet touting Dr. Aimee Custer, a clinical sports neuropsychologist and her a new approach to healing concussions. And he immediately made an appointment.

“So. he was at a time frame where if you got a concussion, we basically prescribed you rest,” says Dr. Custer. “If you didn't get better with rest than you were labeled as one of the unfortunate athletes that got post concussive syndrome and that kind of sealed your fate at that time there really wasn't much that we could do.”

Custer's methods are one's she learned as a post-doctoral fellow at the University of Pittsburgh Medical Center. It's an active approach to concussion therapy that she says has become more popular in the last 5 years.

“In Tyler’s case he had dysfunction in sensory systems that the more we rest those they decompensated. And the worse he was actually getting,” says Custer. “We needed an active approach to rehab those systems kind of using an expose/recover model. And strengthening those systems again.”

Like many treatments, the method isn’t a cure all. Because everyone's brains and presentation of symptoms are different. Factors like length and severity of concussion symptoms and injury history all play a role. The approach was key to recovery for former Gopher and US Olympian Amanda Kessel who was treated at the University of Pittsburgh Medical center.

“There are certain types of concussion that brief rest in the beginning, maybe a week of rest is fine and that's all it takes,” says Custer. “But now we're learning that after that 72-hour period, 48-hours or 72 hours we really want to gradually return that athlete in actives into safe things>

Naturally Tyler was skeptical. For years he'd been hearing and reading that he was a lost cause.

“In the back of my head I was always in this sense that no one is going to be able to help you. You’re going to have to live with this the rest of your life,” Tyler recalls. “You've tried ‘a,b,and c’ and it's not working you're out of luck>

But within a few weeks of treatment Tyler -- who'd been dealing with symptoms for nearly a decade -- started to see real improvements.

“On the coach with my dog and I had a friend over. My dog got up then I got up after. And I was like 'whoa usually I am a little off balance or see spots or bend over and have a few seconds to collect myself and that was amazing for sure,” says Tyler.

After 2 years of rehab Tyler is now symptom free. He just finished his first pro-season in Germany but had an even more important first -- one without post-concussion symptoms. He finally had his life back

“She’s helped me live again and that's more than I could ever be thankful for. I am not only able to pursue something I love at one of the highest levels I can get,” Tyler says.

You may be asking yourself why he'd go back to hockey again. Why risk losing everything he'd regained for a game. His answer lies ironically in a mind no longer a prisoner to negative thoughts.

“It’s an easy decision for me to go back because of that love but also I am feeling healthy, playing healthy all the stars align and it's a no brainer,” says Tyler. “But I feel called to hockey and god wouldn't open those doors and I wouldn't have had this journey that I had for nothing.”

A journey now smooth like the freshly cleaned ice he gets to skate one -- with cracks and blemished nothing more than a memory.