The Wild want to hang a 2,900-square-foot banner on the X, but activists are fighting it

The Minnesota Wild want an exemption from St. Paul to hang a huge cross-promotional ad banner with Apple, but activists say it's just too large. 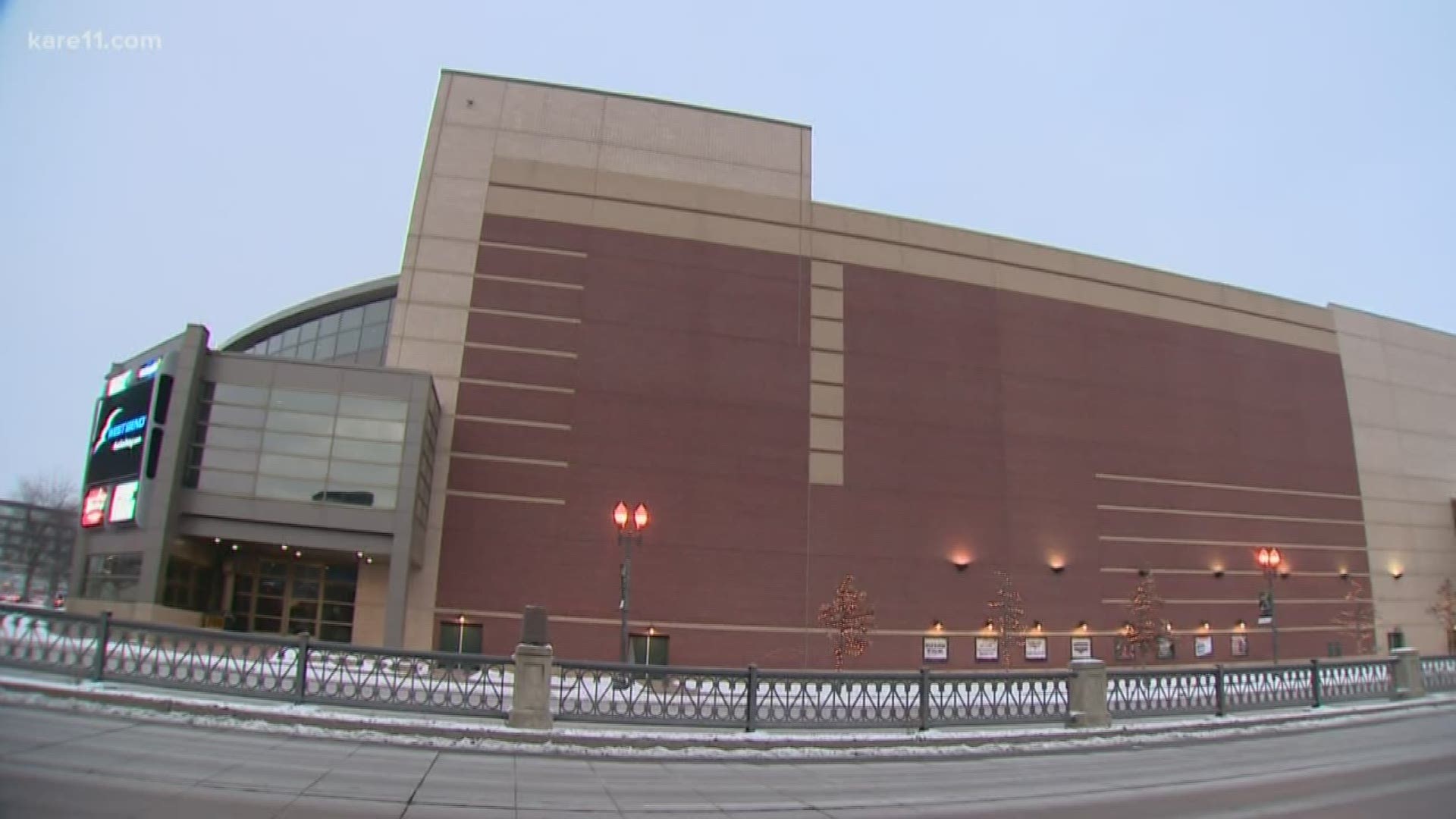 ST PAUL, Minn. — It's not often you see the Minnesota Wild and the St. Paul Zoning Board of Appeals mentioned in the same sentence.

But the two organizations now find themselves entangled in a messy debate at the start of the new year, after local activists objected to the team's request for a temporary banner that required exemptions from city code.

In a cross-promotion with corporate powerhouse Apple, the Wild want to hang a 2,900-square-foot advertisement on the brick siding of the Xcel Energy Center facing Kellogg Boulevard for three years, despite the fact Chapter 64 of the code allows only 120 square feet and a 90-day time span for temporary banners.

After catching wind of the plan, Jeanne Weigum of the group Scenic St. Paul — which has fought billboards and signs in the city for almost three decades with the goal of eliminating clutter — filed an appeal. Group members argue that the Wild have no right to ask for a sign roughly 24 times larger than city ordinance allows.

"The thing was so monstrous, we couldn't believe the staff would recommend it," Weigum said. "There's all kinds of things they could do to co-promote Apple and the Wild. Just not on an illegal sign."

As that appeals process continues, the city of St. Paul has asked the Wild to submit two more variance requests, including one related to the exact height of the proposed banner. The Zoning Board originally approved a request last month, with the St. Paul Downtown Alliance going on record to support the Wild's banner with Apple.

"We're not suggesting this should go on a treeline, single-family street. We're in downtown," president Joe Spencer said. "And having a sign like this fits perfectly in an entertainment district, in the heart of downtown.

Spencer agrees with many of the Wild's arguments for the sign, which the team laid out in documents filed with the city. The Wild said the cross-promotion opportunity with Apple represents a "unique campaign," which would promote the "economic viability and the general welfare of the community" as it relates to zoning regulations. Similar advertisements, known as the "Shot on iPhone" campaign, launched in eight NHL cities last year.

"For them to have such a great brand partner, like Apple, it makes all the sense in the world," Spencer said.

But Jeanne Weigum said the city's zoning codes exist for a reason.

"If we look the other way because they're our friends, or they're powerful," she said, "then what do we do with the little guy?"

The Wild have argued that the signs are not out-of-character for downtown, particularly for the size of the Xcel Energy Center. Similar banners have already hung on the exterior of the arena in roughly the same spot, the team has said, including the U.S. Figure Skating Championships four years ago.

"This really shouldn't be controversial," Spencer said. "This is pretty simple and straightforward."

The team's representatives will now appear before the Board of Zoning Appeals before the issue is taken to the city council. The process could take several weeks.

If and when the banner's variances are approved, the Wild have said the sign could be on display within three months.