Due to the pandemic and regulations by the MIAC, there were no fans present at the game. 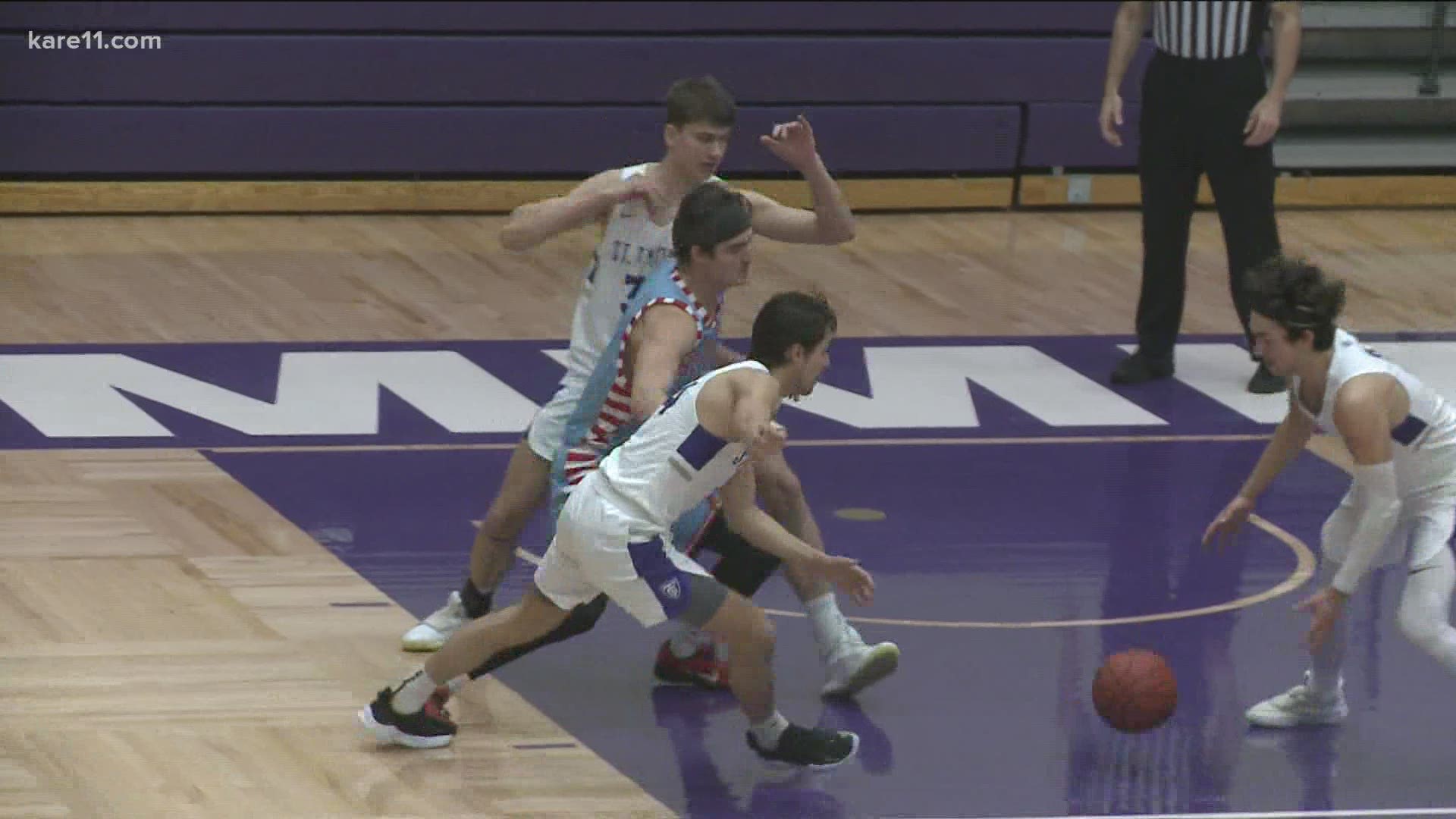 ST PAUL, Minn. — With no fans, the Tommies had to bring their own energy.

For what could be one of the final matchups before St. Thomas jumps from DIII to DI, UST tops St. Johns on Wednesday night, 76-64. Due to the pandemic and regulations by the MIAC, there were no fans present at the game.

In one of their last rivalry games AND in an empty gym, @UST_MBB tops St. Johns. @dersnelson4 leads the way for the Tommies with 23 points @kare11 #kare11sports pic.twitter.com/XHBbP8OOnb

Behind 23 points from junior guard Anders Nelson, the Tommies controlled most of the game.

Head coach Johnny Tauer said the quiet arena was odd for warmups but once the game began he didn't notice the lack of fans at the contest.