Liam grew up around the Zags program and saw plenty of tournament success. Now he's on his own path as a freshman in college. His dad is proud. 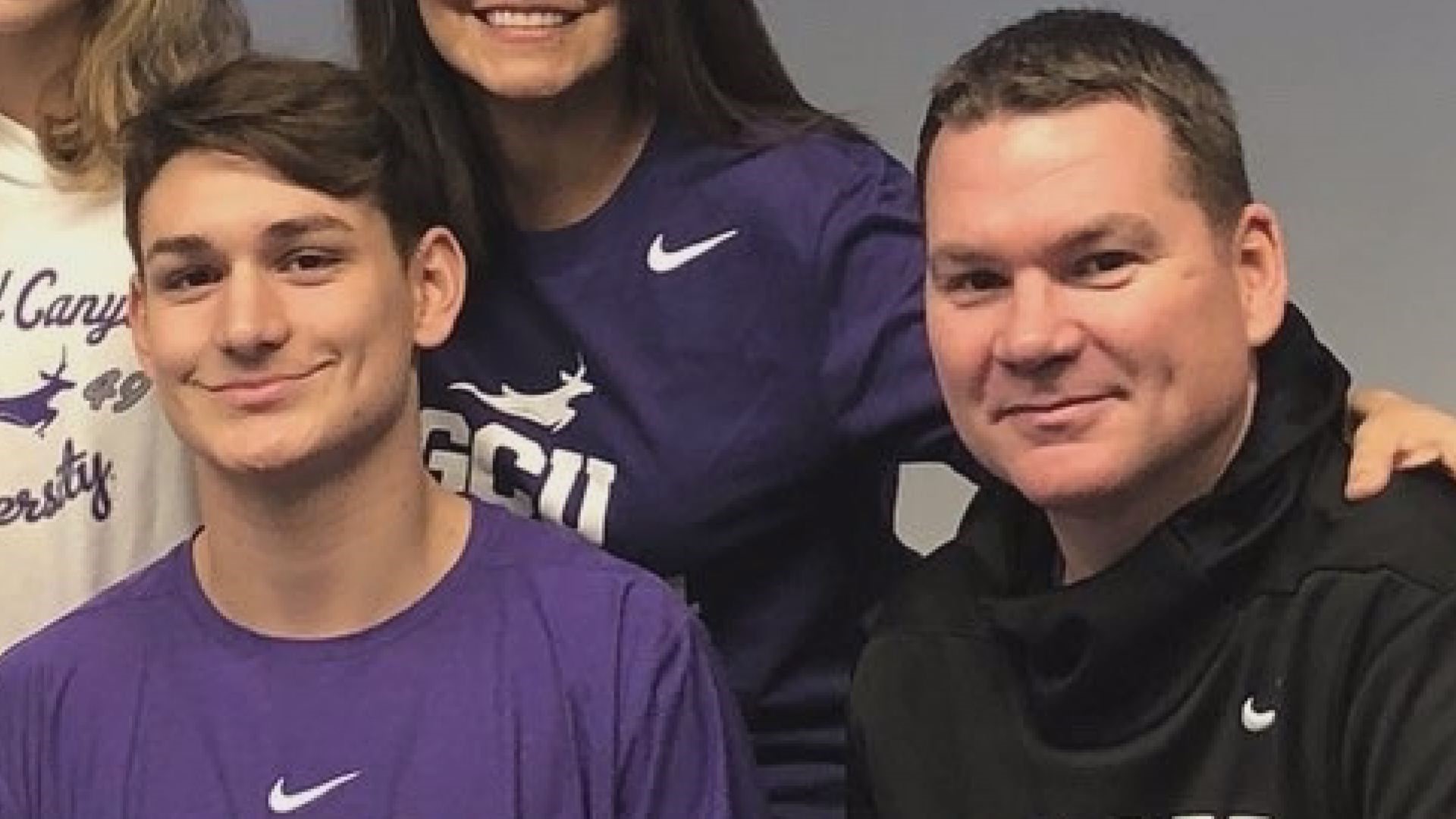 INDIANAPOLIS — Gonzaga men's basketball and assistant coach Tommy Lloyd have made it to many NCAA Tournaments and seen plenty of success.

Tommy's son Liam has had a front row seat to the show as he's grown up through the years. Liam is now a freshman in college and is about to start his own journey in the big dance with Grand Canyon after his team secured an automatic bid.

That means Tommy and Liam will both be on their own paths, accomplishing their own goals in the NCAA Tournament.

"It's a super cool experience and a blessed opportunity,"  Liam said.

His dad is thrilled as can be.

"To see him go through his own journey has been really cool for my wife and I to watch and we're proud of him," Tommy said.

The big question now is if dad can attend his son's game. Both play on Saturday, with Liam's game happening about three hours before the Zags, although in a different location.

"It's a special opportunity to experience and watch Liam," Tommy said. "I definitely want to be behind the scenes and watch him do his thing to say I witnessed it because it's always fun."

Tommy is hoping to make it work and Liam is hoping it works out, too.

"I mean any time my dad gets to watch me it's awesome for me," he said. "We play during the same season and he has to coach his team too. It's really cool when my dad comes to my games."

They've both been focused on their teams, but always make time to check in as they both go through this pandemic postseason together.

Although, Tommy says his son doesn't need him all that much.

"Liam is super independent, so I don't think he needs me at this point anymore," Tommy said. "Unless it's for a few extra bucks in his bank account."

I spoke with Gonzaga assistant coach Tommy Lloyd and son Liam, who now plays for Grand Canyon. Both their teams made the tournament.

They say they've been keeping in touch in Indianapolis... but Tommy did low key roast his son in a playful way. Story coming later. pic.twitter.com/sKlJTh0S6U

They both have their own goals on their own journeys. Liam's team is a 15 seed looking to make noise against two-seed Iowa.

"For me personally it's to shock the world and have one of the biggest upsets. Iowa I think is like the fourth favorite to win the national championship so that'd be awesome," Liam said.

Tommy is coaching for the favorite to win it all.

Both are rooting each other on, as Liam always has a special place in his heart for the team he grew up around even though he's at a different school.

The Zags and Antelopes ended up in the same region but couldn't possibly meet until the Elite 8 as they are on opposite sides of the bracket.