Tiger Woods transcended the sport of golf, particularly in communities of color in the Twin Cities. 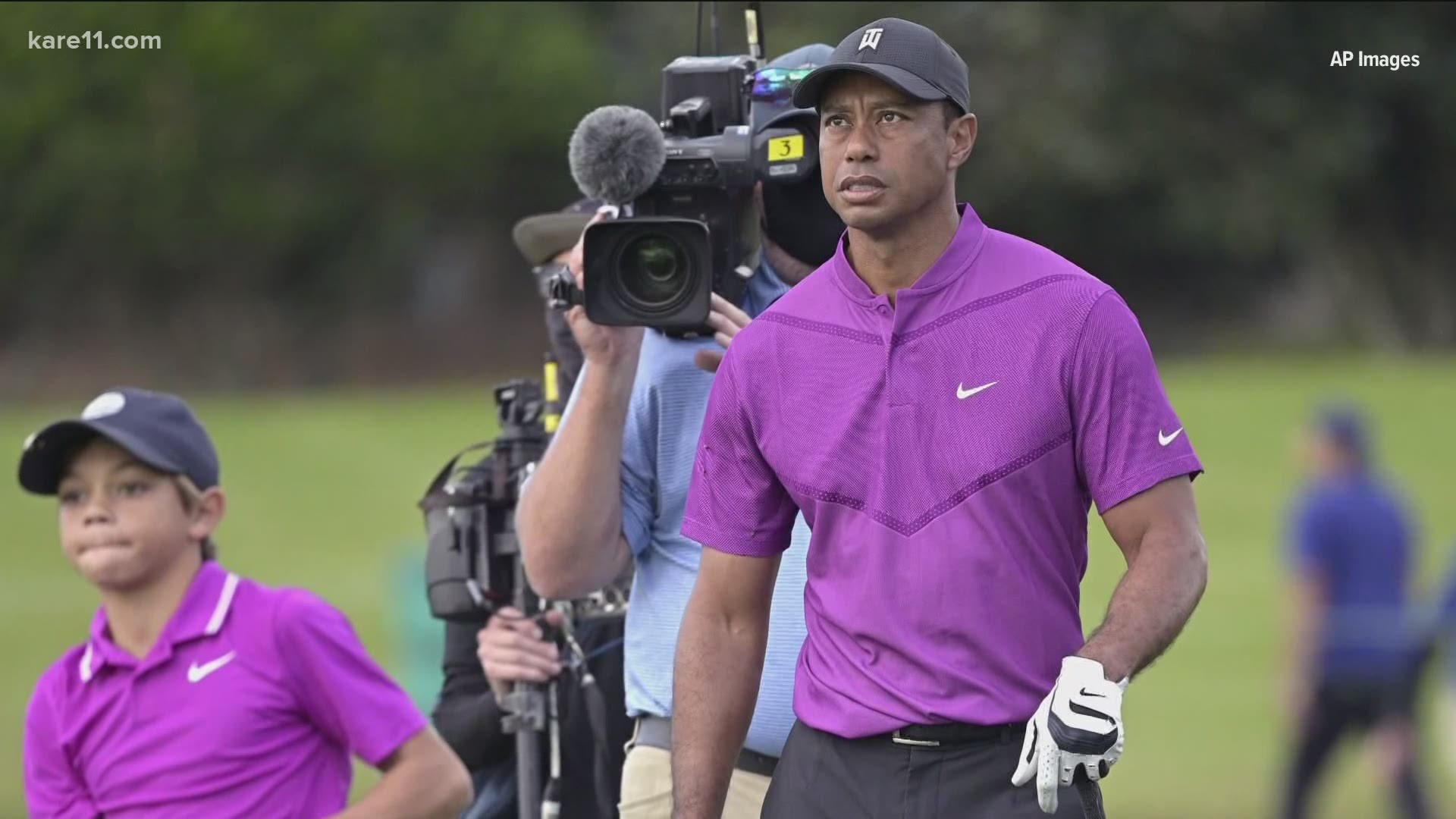 ST PAUL, Minn. — The notifications exploded Tuesday on Mike Schooley’s cell phone, as word traveled across the Twin Cities golf community that Tiger Woods had sustained serious injuries during a crash out in California.

Schooley, the facility manager at X-Golf in Blaine, could tell instantly that the news was not good.

As customers honed their skills with virtual golf simulators, Schooley flipped a television in the bar area to ESPN, which carried wall-to-wall coverage of the developments in Los Angeles County with Tiger Woods.

“He’s the only reason why I’m in the golf industry. Before him, I didn’t think about golf. I didn’t care about golf. He’s everything. He made golf what it is today,” Schooley said. “Just another slap in the face. It bums me out for sure.”

Erick Goodlow felt a similar reaction in his gut when he found out about Tiger.

He serves as the board president for the Fairway Foundation, a Twin Cities organization that works to introduce golf to kids in underserved areas and communities of color.

“I pray that it’s something he can recover from,” Goodlow said. “Tiger Woods is that once in a generational athlete, that not only transcended a sport, but also brought it from a standpoint of a person of color. He brought it to a culture that just traditionally did not have that person to look up to.”

Goodlow still vividly recalls a visit Woods made to the Hiawatha Golf Course in South Minneapolis in 1999, when the icon was only 23 years old and just beginning to embark on his ascent to the top of the golf world. On a hot, steamy July day, Woods ran a clinic for young Minneapolis natives not much older than himself, helping them refine their golf swings and learn more about a game that many had never played before.

In an interview with KARE 11, Woods said that day: “It's nice to be able to expose these things, to these kids, and say, you know what, here, here's an opportunity for you. But, it's up to you.”

After seeing the news about Tiger Woods, many in the Twin Cities golf community are offering well wishes for his recovery and recalling a 1999 visit he made to the Hiawatha Golf Course in South Minneapolis. Woods offered golf pointers to kids -- and gave an interview to @KARE11. pic.twitter.com/3QLLlyLoUE

“For 10 years after that, you still had kids that remembered that, talked about that,” Goodlow said, noting that the Fairway Foundation was involved with the clinic. “These are memories those kids still have.”

For the sake of the next generation, Goodlow hopes Woods can make another comeback on the golf course.

“I really hope he can. Let’s put it on the air: He’ll be back. What I actually hope for, is that he can get to that top level, to the highest level, and maybe sneak out another win or two in a major before it’s all over,” Goodlow said. “That’s my hope. He’s going to come back. We’re going to put that on the air.”

"If anybody could do it, though, it's him. So, hopefully, everything's gonna be all right, and he'll come back,” Schooley said. “I know he will."

MORE NEWS: Smell training can help get your sense of smell back after COVID