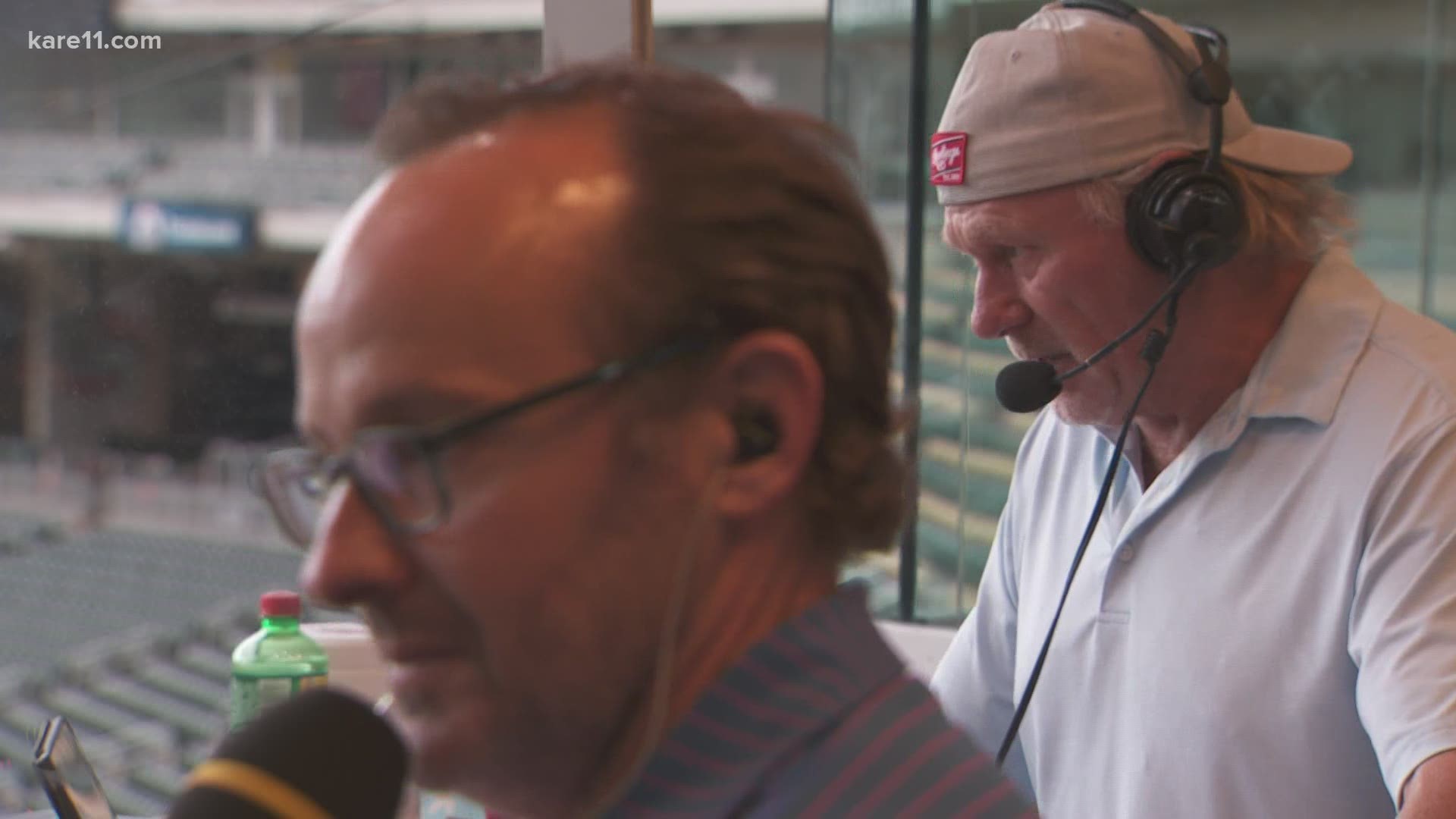 Former Twins outfielder and current radio broadcaster Dan Gladden has seen a lot of things at the ball park.

"I think the toughest thing is no fans and they're doing a lot of piping in music," says Gladden. "I just think you try to catch the moment, how important is during the game."

That’s where he and Twins Play by Play man Cory Provus come in - calling the action together since 2012.

"We should be 3 and a half hours of information, entertainment and education," says Provus.

But like so many things in 2020 their job has changed.

"It's strange because I am used to working out here," says Gladden. "Out in the field."

Calling baseball games on the radio is tough enough. But for this year's road games they have to call them off a monitor in an empty ballpark ... hours away from the actual game.

Describing an atmosphere you’re not currently experiencing can be hard, but they’ve learned a few tricks.

They have three monitors, two different views and a stats computer to assist them

"I have a tough time looking through this glass," jokes Gladden.

But still there are struggles

"Is it a challenge? Sure but its also fun," says Provus. "Our job is this blank canvas, and to fill it with words and description, and we’re just doing it now without the visual of watching the guys compete. We're just doing it with different technology."

"Seeing a foul ball just kind of roll freely along the seats and the stairs and there is not this mass gather of people running after it ... you think this isn’t real but it’s the world we live in."

"People need this, people want this," says Provus. "There is probably not as much laughter as their should be. So lets do what we can ... so we do our part even though its different."

Different methods, but the same familiarity.