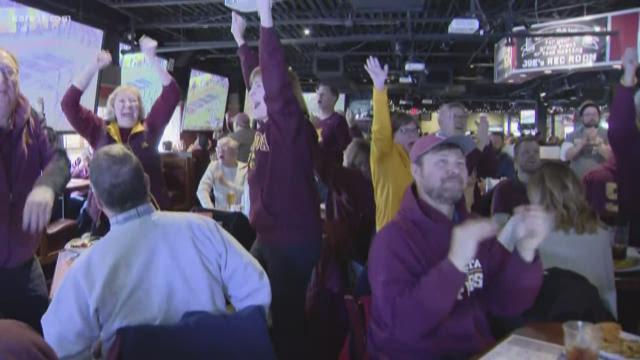 TAMPA, Fla — After a historic 2019 for the Minnesota Gophers football team, it was only fitting for their star receiver to light the way entering the New Year.

Receiver Tyler Johnson, playing in his final game with the Gophers, hauled in two touchdown catches, including a 73-yard score early in the fourth quarter to lift Minnesota to a 31-24 win over Auburn at Wednesday's Outback Bowl at Raymond James Stadium in Tampa, Florida.

It was the Gophers' first appearance in the Outback Bowl, and they certainly made a memorable first impression.

Quarterback Tanner Morgan, after throwing an early interception, bounced back with a pair of touchdown throws, including one late in the second quarter to give the Gophers momentum going into the half.

Johnson made a one-handed grab in the back of the end zone with 32 seconds to go in the first half to give the Gophers a 24-17 lead. The touchdown also set a school record for career touchdown receptions, one of two school records he broke during Wednesday's game.

Johnson, a Minneapolis native, finished with 12 catches for 204 yards.