The announcement came Thursday as the university continues to battle financial hardship from the coronavirus pandemic. 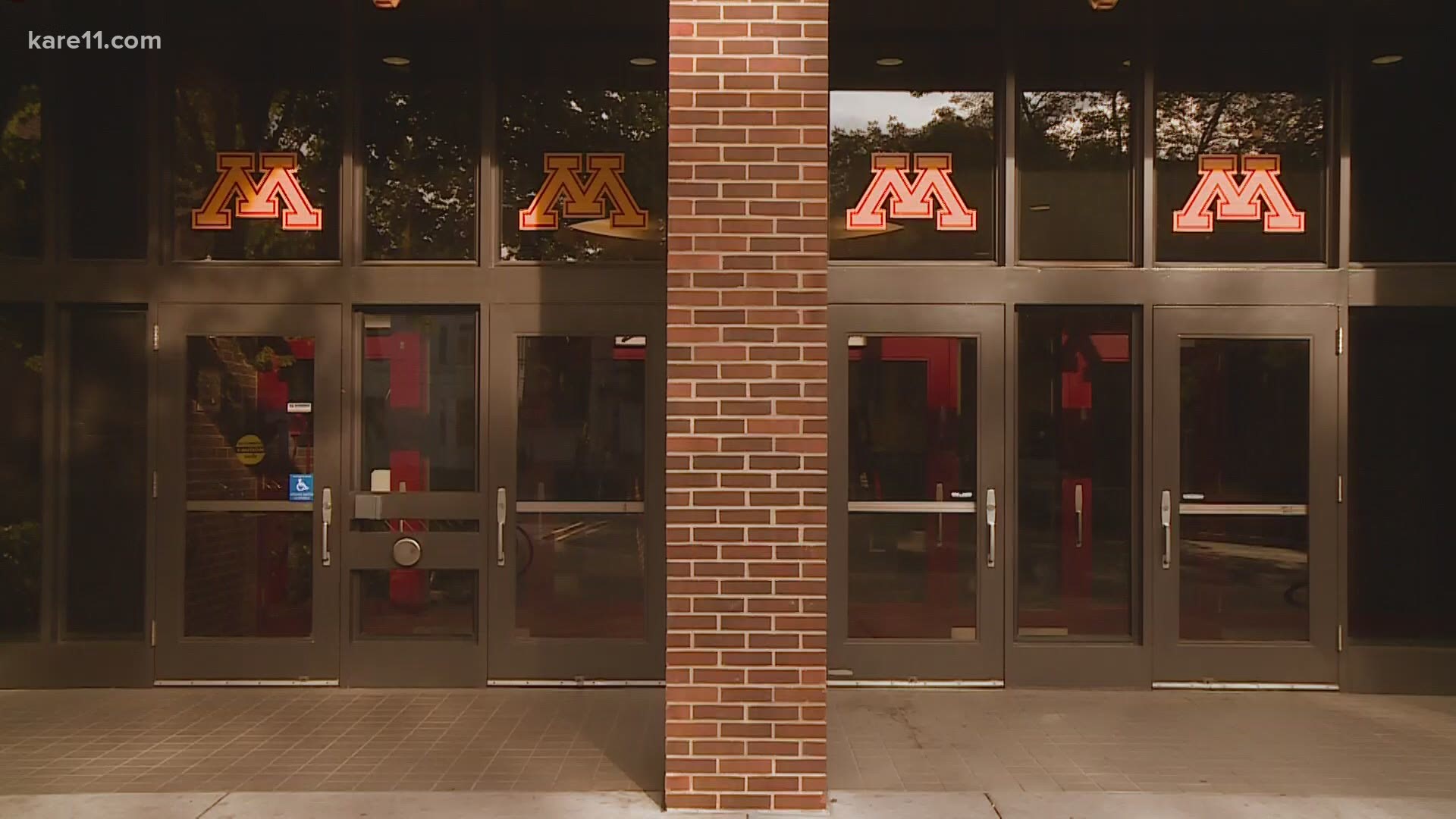 MINNEAPOLIS — Officials at the University of Minnesota announced that the men's gymnastics, men't tennis and men's indoor and outdoor track & field programs will all be cut at the end of their 2020-21 seasons.

In an open letter Thursday from the U of M athletics department, the university said due to the pandemic and the Big Ten's decision to postpone the fall athletic season, the athletics department is projected to lose about $75 million this fiscal year.

The U of M currently has 25 varsity sports – the fourth-most in the Big Ten – on a budget that ranks eighth in the conference. The pandemic has made the financial issue even more problematic due to the postponement of some of the high-profile sports, including football.

According to the university, the Gopher football program brings in roughly $63 million in annual revenue – which is nearly half of the total revenue generated by the entire athletic department.

"We understand that this is devastating news for impacted student-athletes, coaches and staff," the open letter reads. "We also recognize the ripple effect this decision will have on all of our student-athletes and on former letterwinners, alumni, donors, family, friends and fans who have participated on and cheered for these four programs over the years. We did not make this decision lightly."

Today is a difficult day for #Gophers everywhere.

A letter to the University of Minnesota community:https://t.co/1cE8rnwdF8

The university says athletes participating in any of the four programs being discontinued, which is still pending approval from the Board of Regents, will still to have access to athletic, academic and mental health support through the 2020-21 competitive season. The university will also honor all existing scholarships for athletes who choose to continue their academic careers at the U of M. The university also says it will assist any student-athletes who decide to transfer to another school to continue their athletic and academic careers elsewhere.

Also in the open letter, the university outlines a personnel cost-reduction plan for athletics, which includes eliminating eight positions within the department in addition to the employees involved in the discontinued programs.

The university had previously implemented a furlough and pay-reduction plan, where most would be subject to a 10% salary reduction.