U of M, Fleck agree to a 7-year extension

The No. 13 ranked Gophers are off to their first 8-0 start since 1941. Minnesota will host No. 5 Penn State Saturday at TCF Bank Stadium. 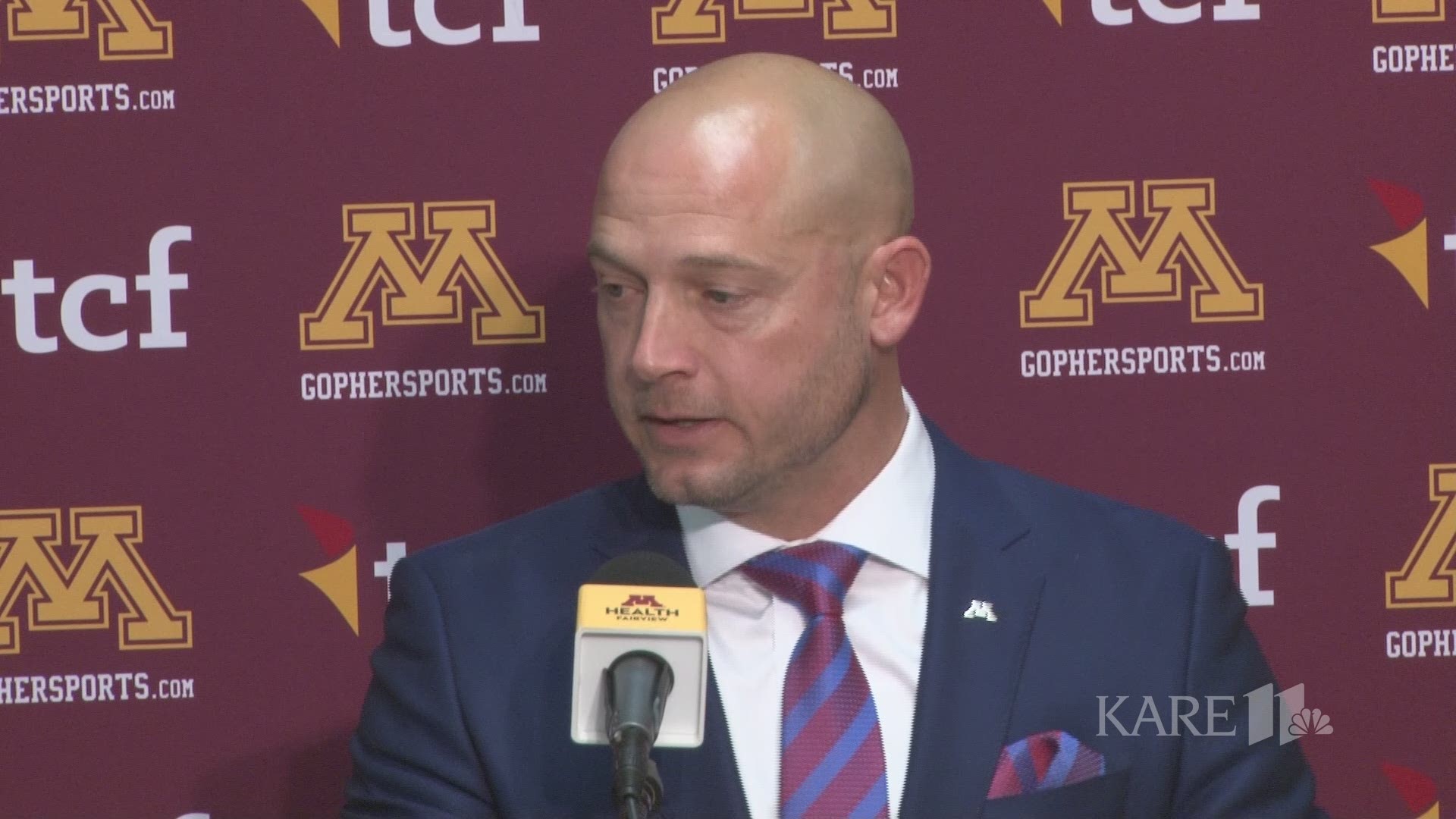 MINNEAPOLIS — It appears P.J. Fleck will remain rowing around Dinkytown for an additional seven years.

The University of Minnesota and its head football coach have agreed on a new seven-year contract extension, pending approval from the Board of Regents. The extension will keep Fleck through the 2026 season. Financial figures have not been announced.

"It is a tremendous honor to lead this team and represent the University of Minnesota and this great state," Fleck said in a press release Tuesday.

The third-year head coach has led the Gophers to their first 8-0 start since 1941.

He continued in the statement, "Our family absolutely loves Minnesota, and we are excited to continue to call this state home. We are building a championship culture – one that our fans can be proud of – through the academic, athletic, social and spiritual development of our student athletes."

The No. 13-ranked Gophers have won 10 straight games dating back to last season - the third-longest winning streak in the nation - and have gone 8-2 in their last 10 Big Ten games.

"Coach Fleck has built a program that competes academically, athletically and socially," said University of Minnesota Athletics Director Mark Coyle in a statement. "He recruits at an extremely high level and the program is seeing success it has not seen in nearly 80 years. His students are succeeding off the field, as the team has posted a record GPA and continually gives back to the community. I am thankful to President Gabel and the Board of Regents for their continued support, and I look forward to Coach Fleck continuing to lead this program."

Fleck is 20-13 at Minnesota and has the third highest winning percentage (60.6%) in school history for anyone who has coached 30 or more games.

The Gophers will host No. 5 Penn State (9-1) Saturday at TCF Bank Stadium.