U of M students celebrate Gophers season opener against Michigan

For some, it seems a little surreal knowing that football is back even with a shortened season. 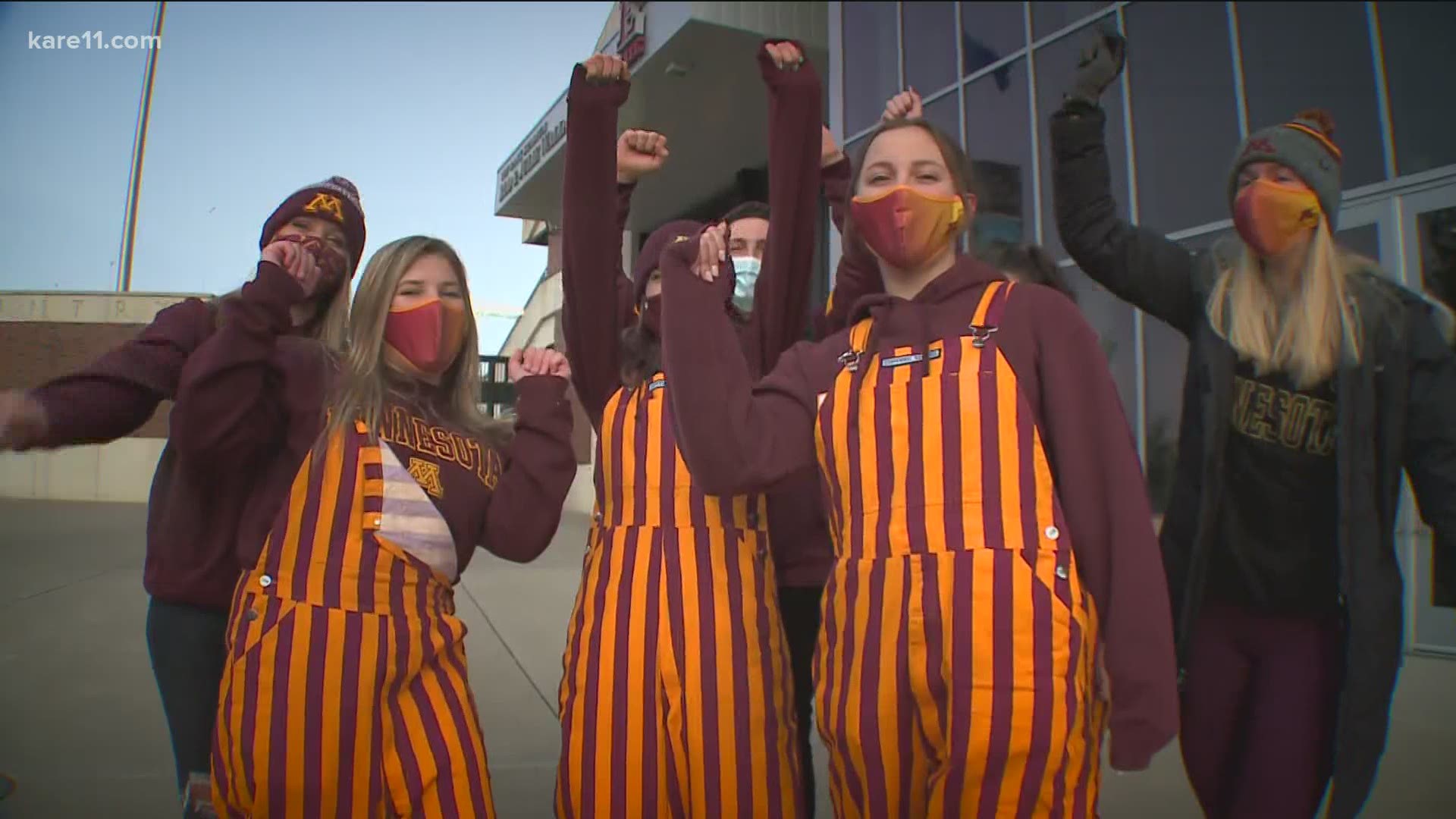 MINNEAPOLIS — Decked out in 'gopheralls', on a campus buzzing with excitement Saturday, Gopher football is back.

"Just incredible, everyone’s ready for this game, its been the vibe all week," said U of M Freshman Sebastien Zasada.

So much hype surrounding the 21st ranked team in the country, just hours before kickoff Saturday night, despite the circumstances leaving many diehards on the outside looking in.

"It's a shame we cant be there," said U of M Freshman Alex Hella.

"We’re just happy that we’re getting to watch some football at least. Like, it'd be great to be in there, but you know it is what it is, COVID sucks," said U of M Freshman Aidan Jezzard.

"I'm still glad that we get to have a little bit of fun here on campus," said U of M Freshman Madeline Upson.

Coming off of an 11-2 season, after Big Ten officials initially canceled the season conference wide, for some it seems a little surreal knowing that football is back even with a shortened season.

"Its been weird and its been different," said U of M Freshman Natalie Debaker.

With an unconventional start to the season both on and off the field, for the students on campus Saturday afternoon hyped for gameday, they’ll take what they can for as long as time allows.

"The good thing is we still have 3 more years so its kind of nice being able to see it and have it during the normal time too," said U of M Freshman Aba Najafi.

Only select family and friends of the players and coaches were allowed into the stadium for Saturday night's game.

The Gophers are scheduled to play three more home games this season.