TackleBar football is exploding in popularity and a new study from the University of Minnesota is showing that it is a safer alternative for young kids. 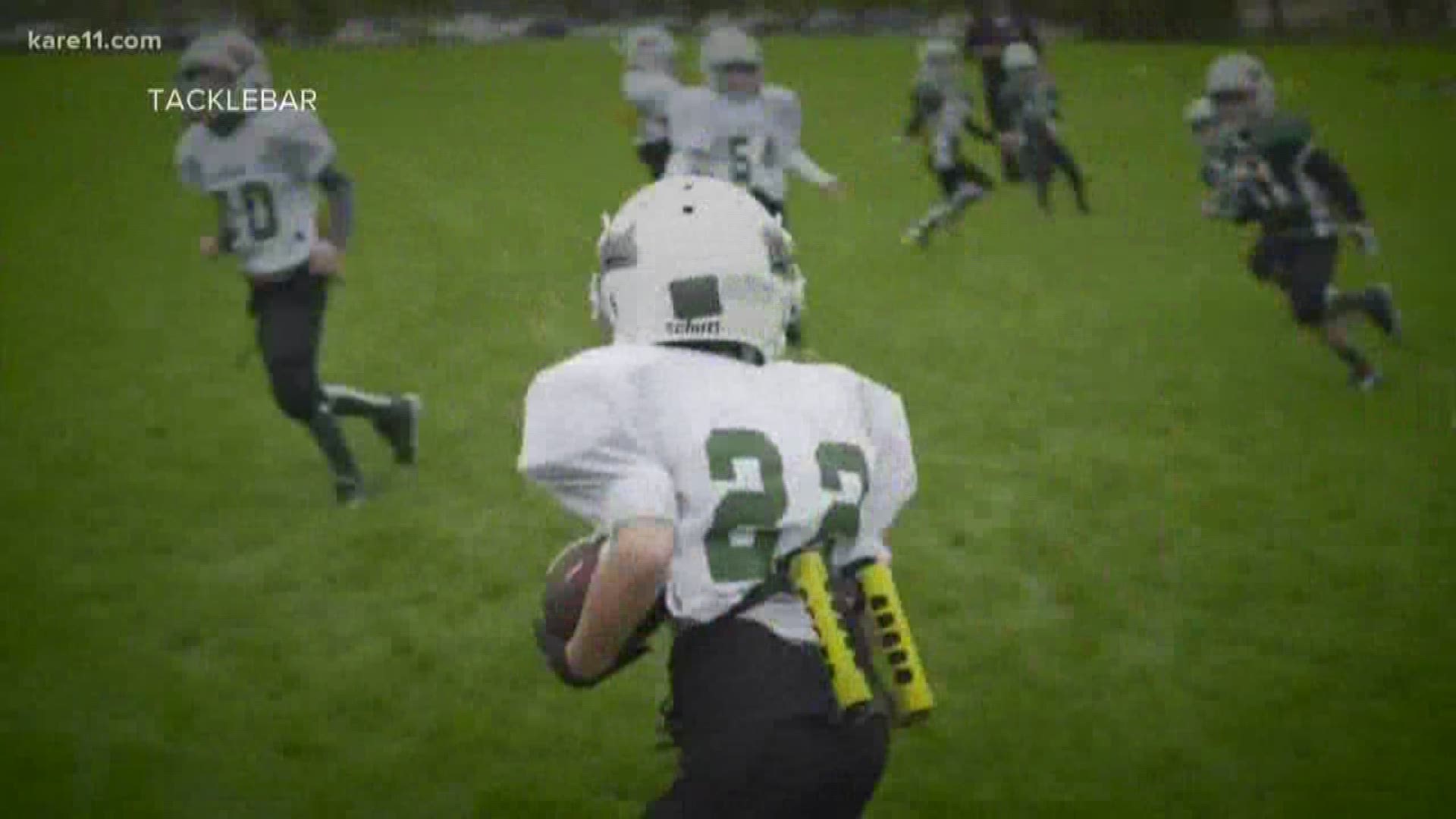 GOLDEN VALLEY, Minn. — Three years ago a Minnesota couple invented a new style of football in response to injury concerns, and now the numbers are backing them up in more ways than one.

TackleBar football is exploding in popularity and a new study from the University of Minnesota is showing that it is a safer alternative for young kids.

"We were so relieved that we were not seeing injuries,” said Brigid Ling, who developed TackleBar with her husband Jeremy.

It’s an invention that doesn’t have any game-changing materials, but the TackleBar harness did change the way kids play.

"These are foam bars that are removable off the back,” Brigid Ling said, as she showed off the harness on Friday. “So you pull the bar off to down the ball carrier. That ends the play.”

The Ling’s are Minnesotans who launched TackleBar football in 2016, in hopes of offering a bridge between flag and tackle football.

"We, as parents, felt like we wanted to wait to let our kids play tackle football until they were older,” Brigid Ling said. “There wasn't just a good solution for that in between time."

Not all local coaches were thrilled with the concept at first. St. Agnes head football coach, Tom Flood, was concerned that TackleBar bans lowering shoulders, blocking to the ground and tackling.

"Those are three really basic things in the game of football,” Flood said. "So when it was first brought to my attention, I'm like, yeah, I don't think so.”

Flood said he gave it more thought after seeing how concerns about concussions had changed youth football.

"You watch the numbers in football drastically dropping,” he said.

St. Agnes joined a group of schools willing to try TackleBar for elementary and middle schoolers. They also took part in a study at the U of M. Researchers followed nearly 1,000 kids across 56 teams and almost 16 thousand practices and games.

"We were thrilled to see that we had no head injuries,” Ling said. "Zero concussions and an incredibly low number of injuries, total."

In fact, according to the study, the Tackle Bar injury rate was more than 7 times lower than tackle football.

"Our number one goal is keeping kids safe,” Flood said. “They should be playing sports that are safe for them to play, especially for the head.”

And thanks to a simple device, the number of students playing TackleBar and regular football at St. Agnes has more than doubled.

TackleBar hasn't just grown in popularity at St Agnes... there are now kids playing in 27 states and three countries.

MORE: Kids light up in PSA that compares youth football dangers to smoking