U of M tests out overnight tailgating this weekend

For Homecoming 2019, the school will be trying something new: Overnight tailgating with RVs 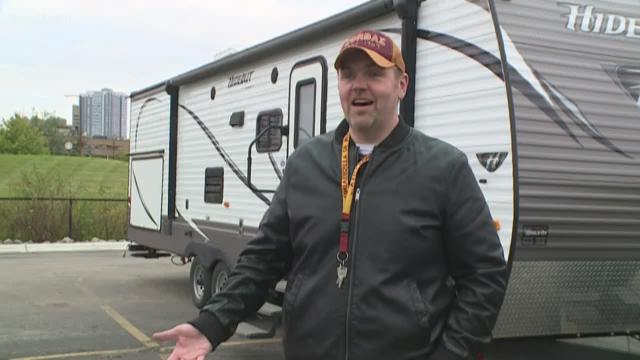 MINNEAPOLIS — Homecoming at the University of Minnesota dates back more than a century, but 2019's event will make history.

For tailgating, at least.

This weekend will be the first time — ever — the school has allowed overnight RV tailgating as a part of a pilot program.

Fans will be allowed to spend Friday and Saturday night in the Victory Lot near TCF Bank Stadium in their campers before clearing out Sunday.

"I'm thrilled that they're willing to do this," said Mike Severson, one of the first fans to enter the Victory Lot on Friday evening. "We can really relax and make it a weekend."

"We're here overnights for the next two nights," Wheeler said. "That, to me, makes a college gameday. There's nothing like coming in and seeing the RVs and the flags flying."

An athletics spokesperson said the school will evaluate this weekend's one-game pilot program for overnight tailgating to see how to proceed in 2020. The hope is that it can continue next year.

"They better do it next year!" Wheeler said. "We can't have these big vehicles for nothing."

MORE NEWS: U freshman enrollment may be largest in 50 years