The UHL hosted some of the first games with the Minnesota Warriors on Friday evening outside in Hastings, Minnesota. 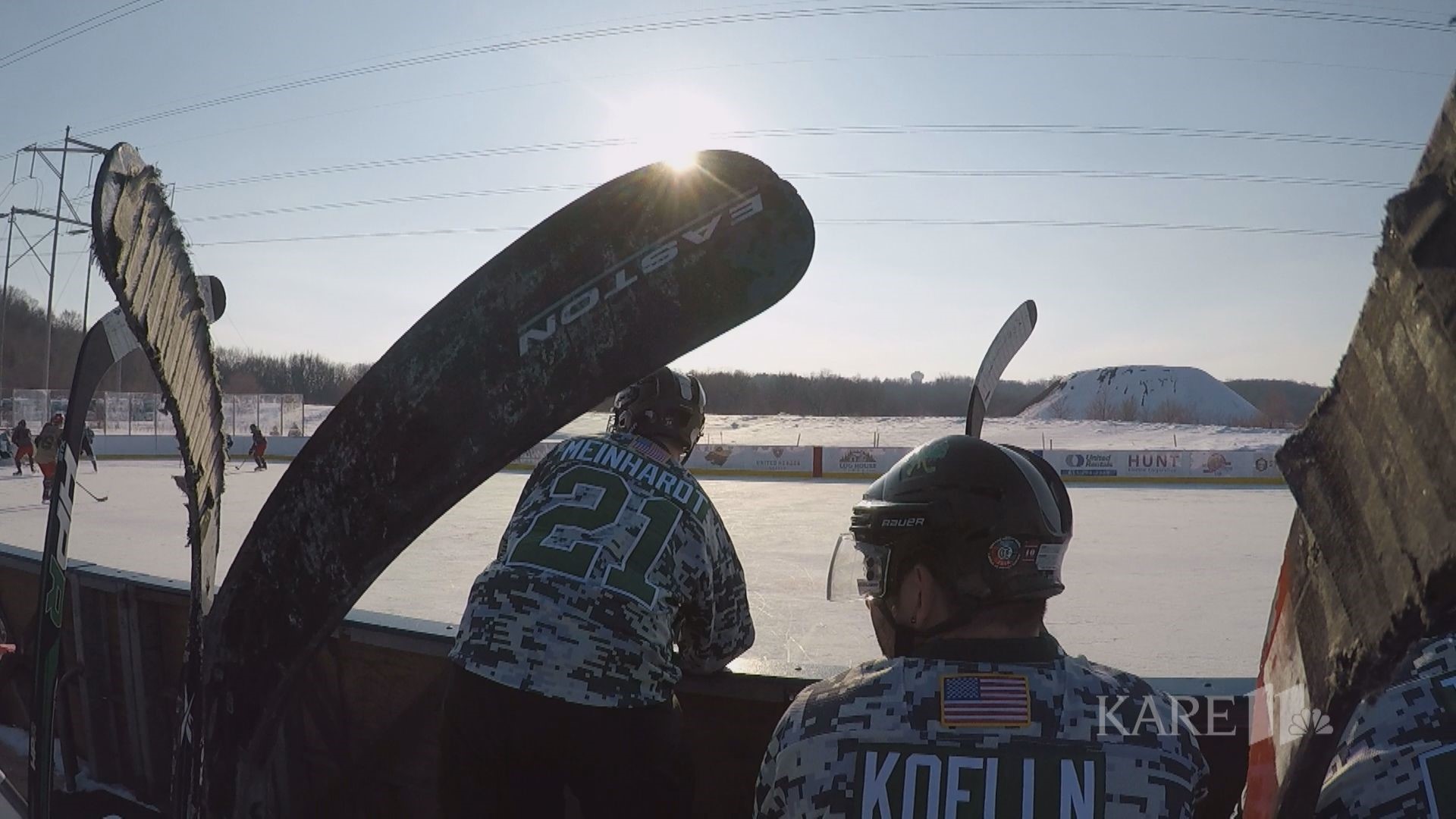 HASTINGS, Minn. — It's like Minnesota's version of that famous sports movie.

"This is absolutely the start of a 'Field of Dreams' for us," said Shane Hudella, president and founder of the United Heroes League.

Donated by Log House Foods and with the help of numerous people and organizations, including the Minnesota Wild, the UHL has a new outdoor rink. They hosted some of the first games with the Minnesota Warriors on Friday evening outside in Hastings, Minnesota.

This is like the Minnesota version of 'Field of Dreams'@United_HL hosting one of the first outdoor games between veterans and servicemembers from Minnesota against a team from KC. They hope to make events like this an annual tradition.

He gets the opportunity to wear this Minnesota Warriors uniform before changing into his main uniform. The goalie will soon be deployed for his third tour overseas as a member of the U.S. Army National Guard.

"A lot of us use this as therapy for issues that people have had," Belflower said.

This game will be the first of many for this organization as the United Heroes League plans to expand on this facility and host an annual event.