The team also announced an endowment for the George Floyd Legacy Scholarship along with an establishing gift of $125,000 by the Vikings Social Justice Committee. 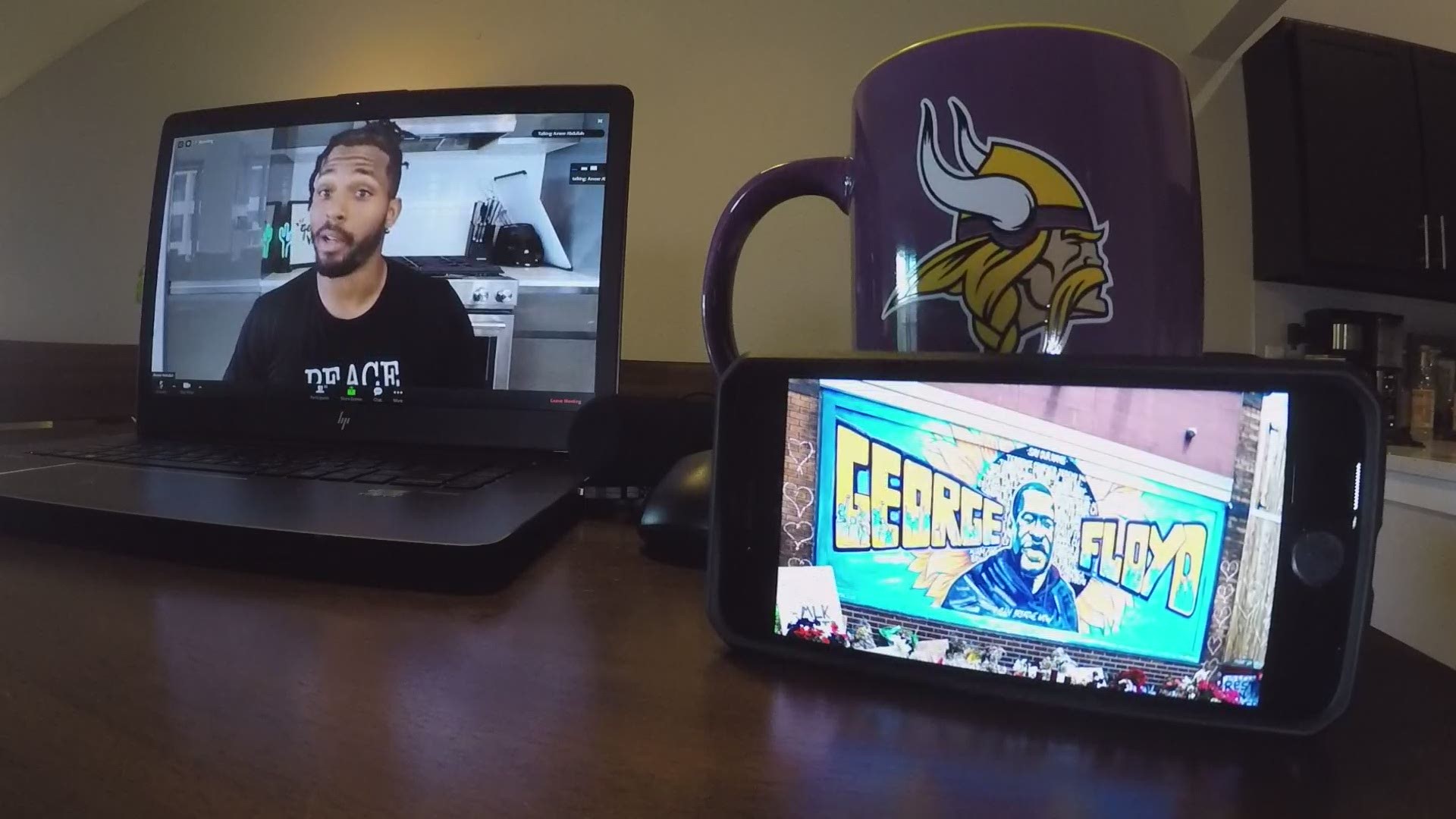 MINNEAPOLIS — The Minnesota Vikings and the Wilf family have announced a $5 million donation to social justice causes throughout the United States.

In a video call with members of the team’s Social Justice Committee earlier this week, Vikings Owner/Chairman Zygi Wilf and Vikings Owner/President Mark Wilf said the contributions will be determined in part through collaboration with the players and directed toward organizations fighting hate, racism and inequality, according to a news release from the team.

“We continue to be inspired by these players as they advocate for transformational change in this very challenging moment,” said Mark Wilf. “We are proud of their efforts to use their platform in an effort to end deep-seated social injustices. Their thoughtful approach and our conversations with them have deeply moved us, certainly in large part because of our family’s history and longstanding commitment to human rights, but also because of their steadfast dedication to not sit idly by when they have the ability to make a difference."

The team also announced an endowment for the George Floyd Legacy Scholarship along with an establishing gift of $125,000 by the Vikings Social Justice Committee.

Vikings linebacker Eric Kendricks discussed the racial issue across the country and the NFL's response during a Zoom conference call earlier Wednesday.

"It's uncomfortable for everybody," the Pro Bowl linebacker said. "Obviously we play football and we want to keep to football as much as possible, but these are issues that are facing majority of the players' communities ... for us to feel like we can't speak up about it ... it just didn't feel right. Finally, (NFL Commissioner Roger) Goodell say those things, and having our back, I feel like we can all move forward now."

Goodell issued a video statement last week saying the league was wrong for not listening to players about these issues in the past.

The most recent call for change comes following the death of George Floyd, who died on May 25 while in Minneapolis police's custody. Several Vikings players attended the memorial for Floyd, which was held last week at North Central University's Frank J. Lindquist Sanctuary.

RELATED: Wolves guard Okogie: 'I think we move forward together'