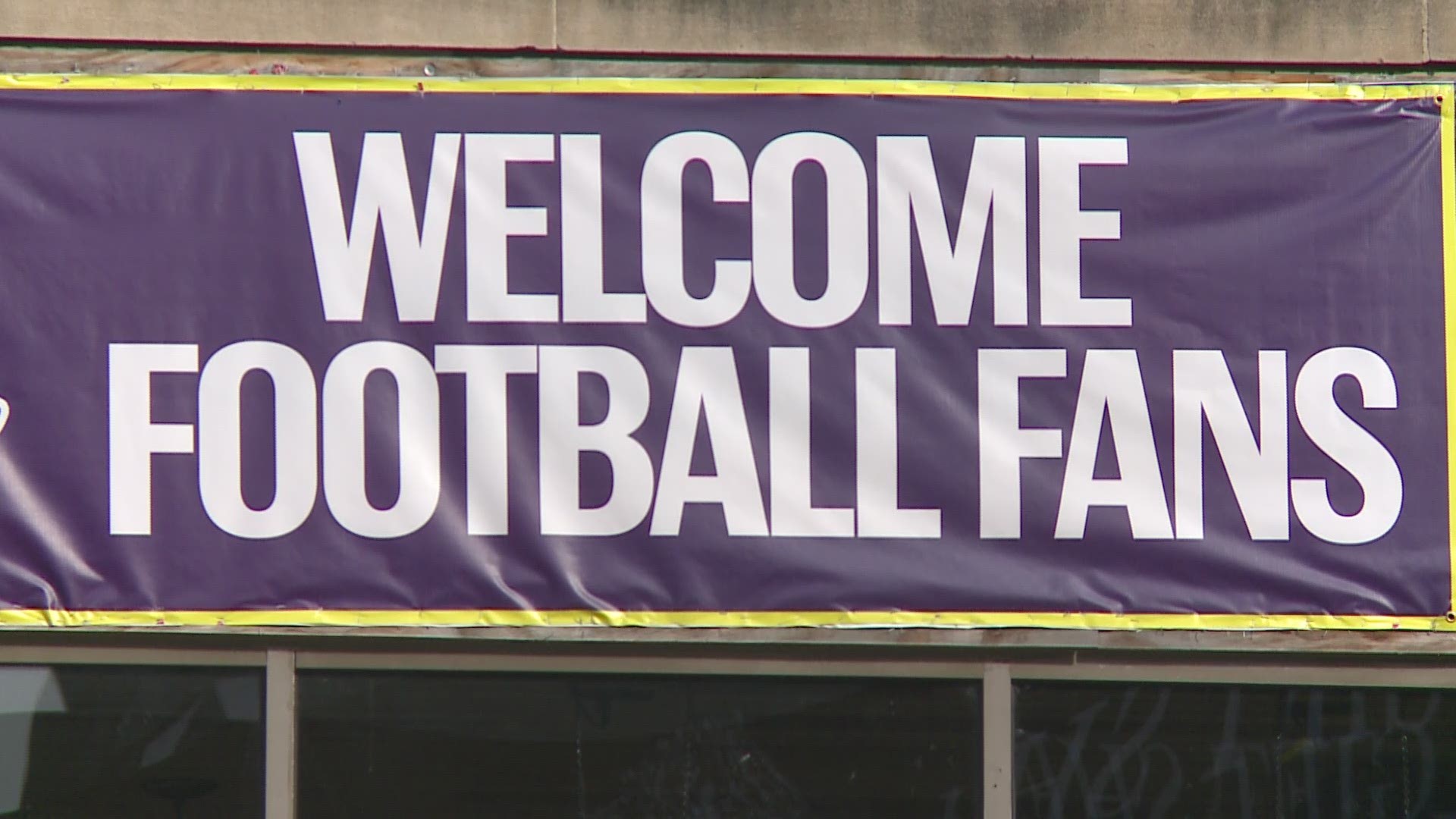 MINNEAPOLIS — We've seen so many great videos and pics from our viewers celebrating the Vikings win this weekend.

But as excited as fans are now, many are cautiously optimistic about the future.

Historically speaking, being a Minnesota sports fan has been all about pessimism and heart ache.

"We've seen it before, been there before so many times," John Stein says.

Stein sees that skepticism more than most Vikings fans.

He owns The Loon Café in downtown Minneapolis and has worked football Sundays for more than three decades.

"The Gophers this year it was the same thing. There was a certain level of negativity in the past that changes how people watch games and cheer the team on," Stein says.

That built up negativity was hard for many fans to let go of on Sunday, even when the Vikings went into the 2nd half ahead, for many fans, there was still that lingering doubt.

"You want to set yourself up with a nice cushion to fall on just in case it doesn't turn out the way you want it to,” Vikings fan Jacob Wander says.

“Every Vikings fan in the back of their mind wants to win, but with the Saints, you never know what's going to happen."

And even after the win many fans are still leery of the road ahead.

On our KARE-11 Facebook poll, half of the respondents say they're more skeptical than ever.

On our Twitter poll, 25% agree they’re more skeptical than ever and an additional 46% say they’re “cautiously optimistic.”

"It's just a part of who Minnesota sports fans are," Vikings sports writer Jon Krawczynski says.

Krawczynski covers Minnesota sports teams for The Athletic and says with so many letdowns over the years, one big win won't be enough to overshadow the past.

"Even in “the miracle game” against the Saints, I remember I tweeted right before the final drive ‘do you believe in miracles?’ And every reply was, ‘no it's the Vikings that never happens to us,’" Krawczynski says.

He expects fans will be excited about the game this Saturday, but with every play they run, and every point they score, fans will be mentally preparing themselves for another letdown until the final second runs out.

"I don't think that's ever going to be removed until Mike Zimmer and Kirk Cousins are hoisting a Lombardi trophy and there's a parade down Hennepin Avenue."