"Getting him out of the division would be fantastic." 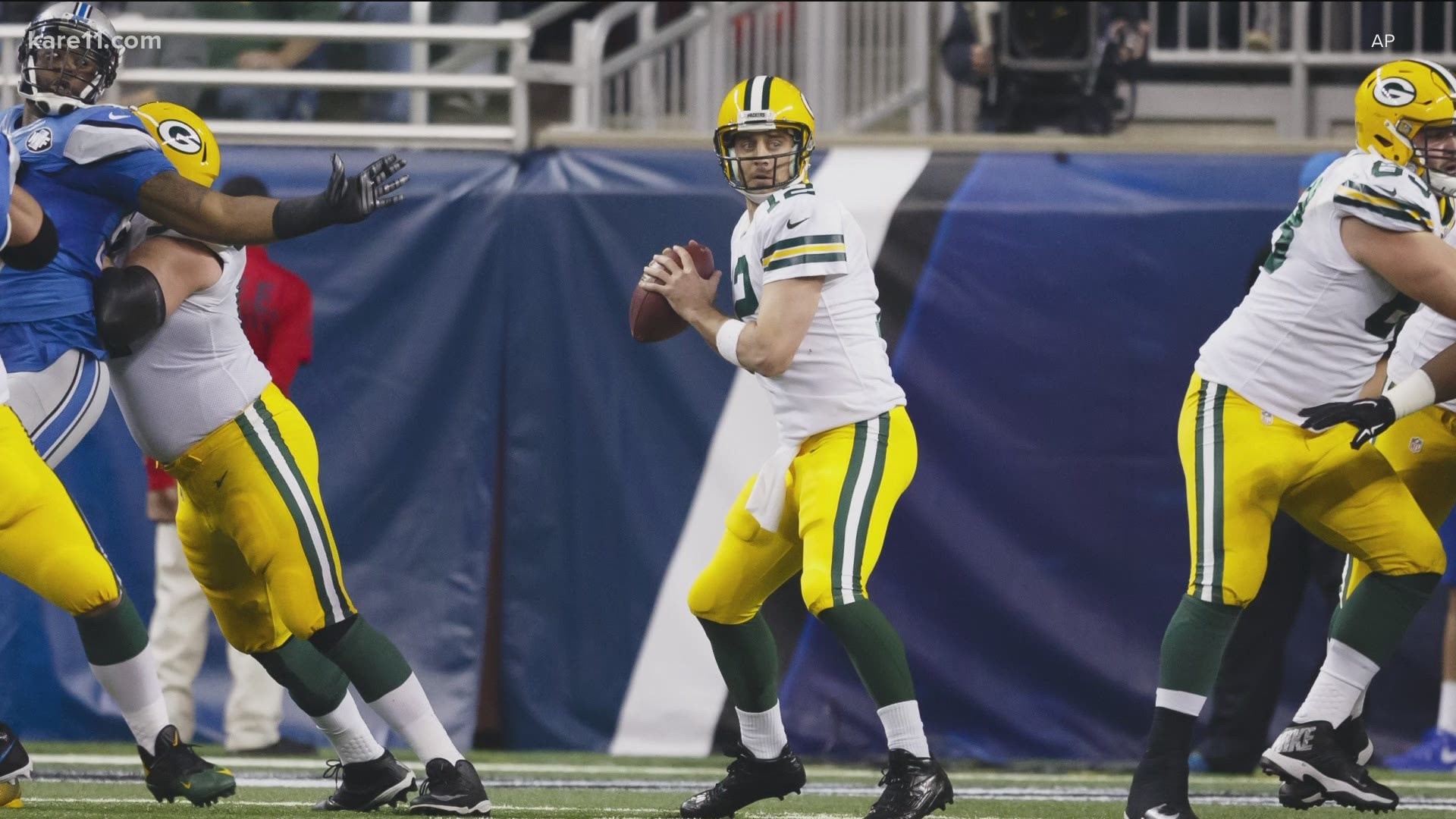 The first night of the NFL draft is a big night for football fans.

It’s a night of new beginnings, where dynasties are made, but this year it was all overshadowed by rumors about Aaron Rodgers.

"I was glued to see, is this going to happen?" Vikings fan John Schiller says.

Schiller usually watches the NFL draft to see who the Vikings pick in the 1st round, but he says this year he was more interested in the possibility of Aaron Rodgers leaving the Green Bay Packers.

"Getting him out of the division would be fantastic,” Schiller laughs.

Sports analysts thought the 49ers might have been a good landing spot for Aaron Rodgers, because he’s from California.

Hendricks agrees, it would be a good fit.

He says he got more excited thinking about the possibility of his favorite team landing Rodgers, but his dreams were crushed when the 49ers instead decided to use the 3rd overall pick to draft a quarterback.

Even Bears fans are excited about the possibility of Rodgers leaving their division.

"It was just like a big group hug. I mean, it was just an amazing thing,” Bears fan Keith Hubbard says.

Hubbard lives in the Twin Cities, but still cheers on the Bears.

He would like nothing more than to see Rodgers traded to another team.

"You gotta love and welcome competition, yes, but I mean, that guy has been doing us bad,” Hubbard laughs.

But not every Vikings fan is buying into the idea of Rodgers leaving town.

"I don't know if it's all smoke and mirrors or he's trying to start stuff up,” Vikings fan Brian Nagan says.

"I feel like they won't trade him until next year,” Vikings fan Drew Anderson adds.

After all, future hall of fame quarterbacks don't come around too often.

Even Vikings fans have to admit that Green Bay would be crazy to let him go.

"I mean, he can come over here if he wants,” Nagan laughs.

The newest rumors have linked Aaron Rodgers to the Denver Broncos.

Reports say the team is putting together a big offer to bring in the future hall of famer, but leaders in the Packers organization have stated that they are not interested in trading him.