Wayzata volleyball team off to an impressive start

The Trojans won their first state title last year but because of the pandemic they won't get a chance to repeat this season. 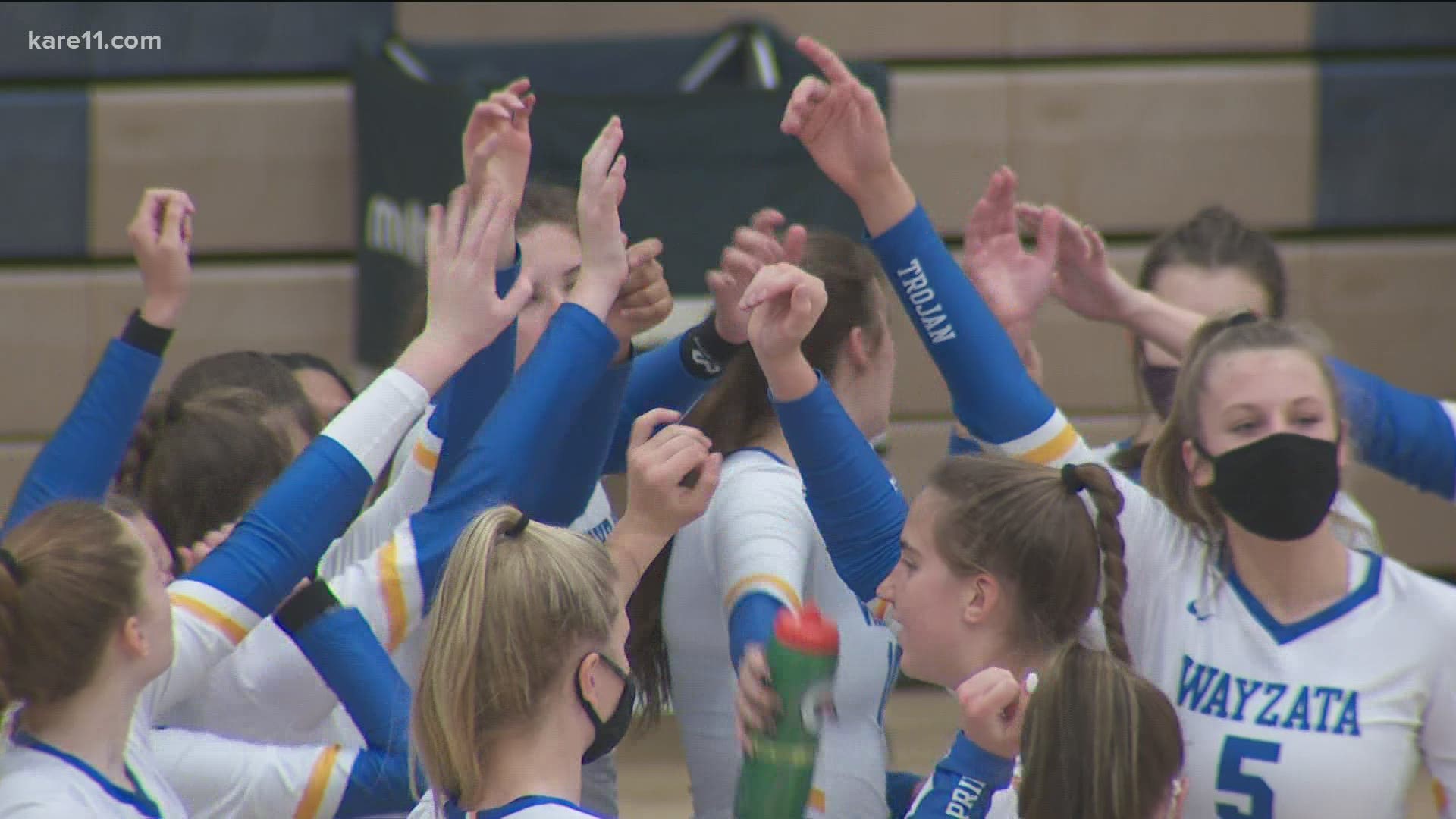 GOLDEN VALLEY, Minnesota — The Wayzata volleyball team is off to an impressive start this season.

The Trojans are unbeaten and top-ranked in Class 3A.

"It's definitely fun. I think our team definitely likes the competitive aspect of the game and having teams challenge us, we're ready to step up to that," said Wayzata junior co-captain Katy Riviere.

"I think they're so focused on what we're doing as a team in volleyball. It's been really enjoyable to work with them, they're a very mature group," said Wayzata volleyball coach Scott Jackson.

The Trojans won their first state title last year but because of the pandemic they won't get a chance to repeat. It's not something they're dwelling on – instead they're enjoying every chance to spend time together on the court.

"It's great to be back in the gym. Volleyball is truly the one thing in my life that feels normal. It's nice to go to practice, be in the school environment and to be in a competitive environment surrounded by my teammates," said senior co-captain Avery Seesz.

The goal for this year's team is quite simple.

"We're just trying to get better each day. We've talked about consistency and to make sure that we're good everyday and the results will take care of themselves," Jackson said.

The Trojans' next match is Wednesday at St. Michael-Albertville.