The New York native has already played in a handful of big league games with the Braves and Mariners from 2016-2018. He hopes to get back to that level some day. 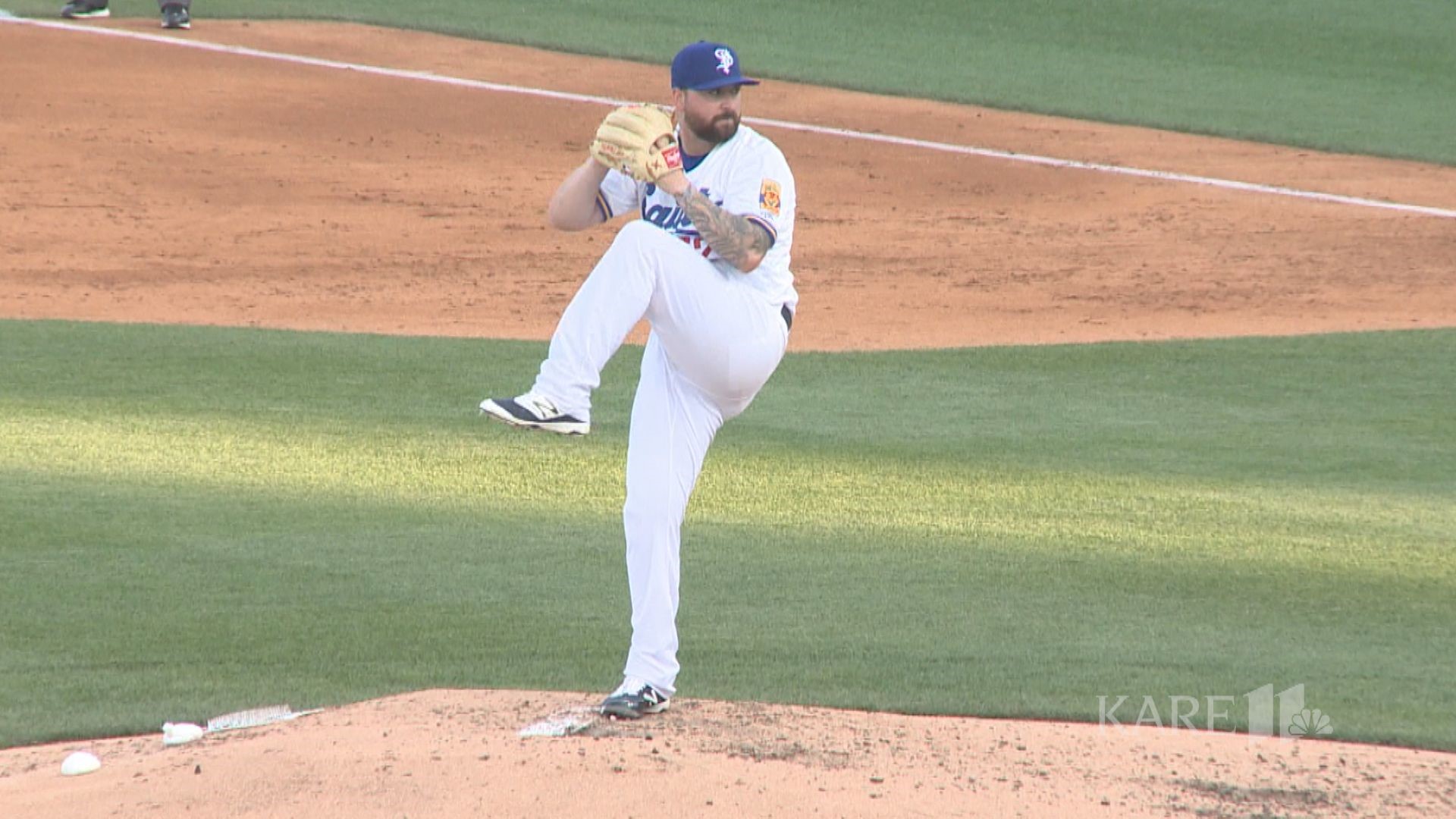 In May, the pitcher earned a minor league deal with the Twins and joined the St. Paul Saints in Triple-A.

For the last year, Whalen was working on his delivery both on the mound, and – up until a few months ago – as a delivery driver for Amazon in Florida.

"So after the pandemic hit, I got released after a couple months by the Mets. I was sitting on unemployment back in Florida and I needed something to do to keep me active," said the right-hander.

"For me, it taught me a little about adversity"@RobWhalen38 put in the work (both as a delivery driver for Amazon and as a pitcher) and hopes to make it back to the big leagues with the @Twins . @kare11 #kare11sports pic.twitter.com/Ty7DvzqSeN

Whalen said it helped him stay in shape. His bosses were flexible with his schedule and he was able to train and throw bullpens on his off days too.

"I was getting 20,000 steps in a day, sweating, working 10 hours a day," he said. "It’s a long day and then being able to do both, and working on my craft away from delivering packages was a bonus for me."

But his time off from baseball and being a delivery driver wasn't just a job for Whalen. It helped him put in the work and refocus mentally. This was a reset that he need after his baseball journey that went slightly off course.

"A big part of my story is just trying to identify with who I was off the field and I think that got me in a good place," Whalen said with pride. "Just really being gritty and working hard, busting your tail like a lot of people do. It was pretty cool to experience that and have some real life experiences and I think it just made me love the game a little bit more."

Whalen worked hard and is back into the grind of baseball.

The New York native has already played in a handful of big league games with the Braves and Mariners from 2016-2018. He hopes to get back to that level some day.

"Me dealing with anxiety and depression in my career, you don’t have to live your life because of that. It doesn’t have to control your life," Whalen said. If I can be a positive story for that man, that’s a win for me."

That new mindset certainly continues to deliver for Whalen and the Saints.