The mission of the alliance is to "eradicate racism and intolerance in hockey." 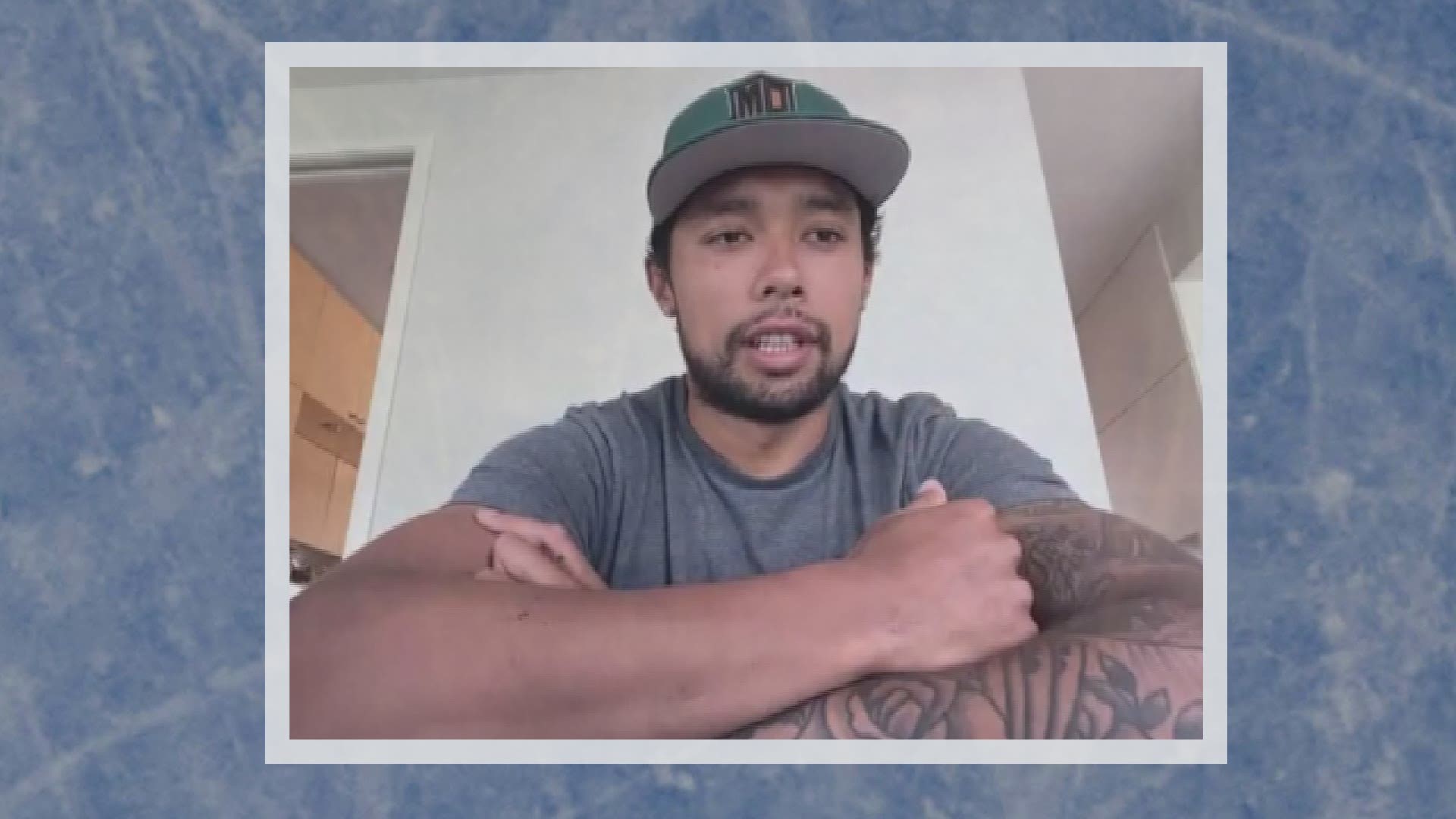 The Minnesota Wild defenseman is one of seven current and former NHL players who founded the Hockey Diversity Alliance, which was announced on social media on Monday with a mission to "eradicate racism and intolerance in hockey."

According to a press release, Akim Aliu and Evander Kane were introduced as the alliance's co-heads, and executive committee members include Dumba, former Wild players Chris Stewart and Joel Ward, Trevor Daley and Wayne Simmonds.

"We will strive to be a force for positive change not only within our game of hockey, but also within society," the press release said. "Although we will be independent from the NHL, we are hopeful that we will work productively with the league to accomplish these important changes. We believe in the importance of accountability in developing inclusivity and diversity for all involved in our sport, including fans and the league office."

According to a tweet from Saroya Tinker, who plays for the Metropolitan Riveters of the WNHL, there has been a discussion about including black women in the alliance moving forward.

The alliance comes in the wake of national calls for change following George Floyd's death. Dumba, who was drafted in the first round by the Wild in 2012, talked about the group's formation and the racial prejudice he's faced in an interview with Mike Tirico earlier this week.

"It wasn't easy growing up," said Dumba, who grew up in Calgary, Alberta. "Kids, with my darker skin tone, really kind of threw the book at me, seeing what would stick as far as racial slurs. Just knowing all, everything that my family went through. Seeing my mom come away from the rink ... our family leave in tears. ... I don't believe any kid should have to go through that or bottle that up or hide that from their parents trying to be strong."

In the interview, Dumba said he'd been in discussion with the other members since November, but those conversations became more frequent in the past two weeks following Floyd's death.

"I think we have an opportunity to do big things in our sport and it will help a lot of kids," Dumba said. "One of our main focus is just eradicating racism and making sure the game is for everyone."

Several current and former Wild players, along with Wild General Manager Bill Guerin have been speaking out against racism and civil injustice. The Wild tweeted out a statement on May 28 saying: "Everyone in our community deserves the right to feel safe in our community. These times call for our community to come together and not be divisive. Our hearts are prayers go out to the family and friends of George Floyd."

Wild star forward, and Minnesota native, Zach Parise released a statement last week saying "we can no longer sit back and watch it happen silently."

Parise added: "I pledge to use my voice and platform to help end racial injustice for good. Together we must educate ourselves and listen to those that have endured racism for too long, and stand with them. We continue to pray for the family of George Floyd during these tragic times."