While the Wild's performance in the Stanley Cup playoffs wasn't the desired result, GM Guerin said he's seen a lot of promising signs for the future. 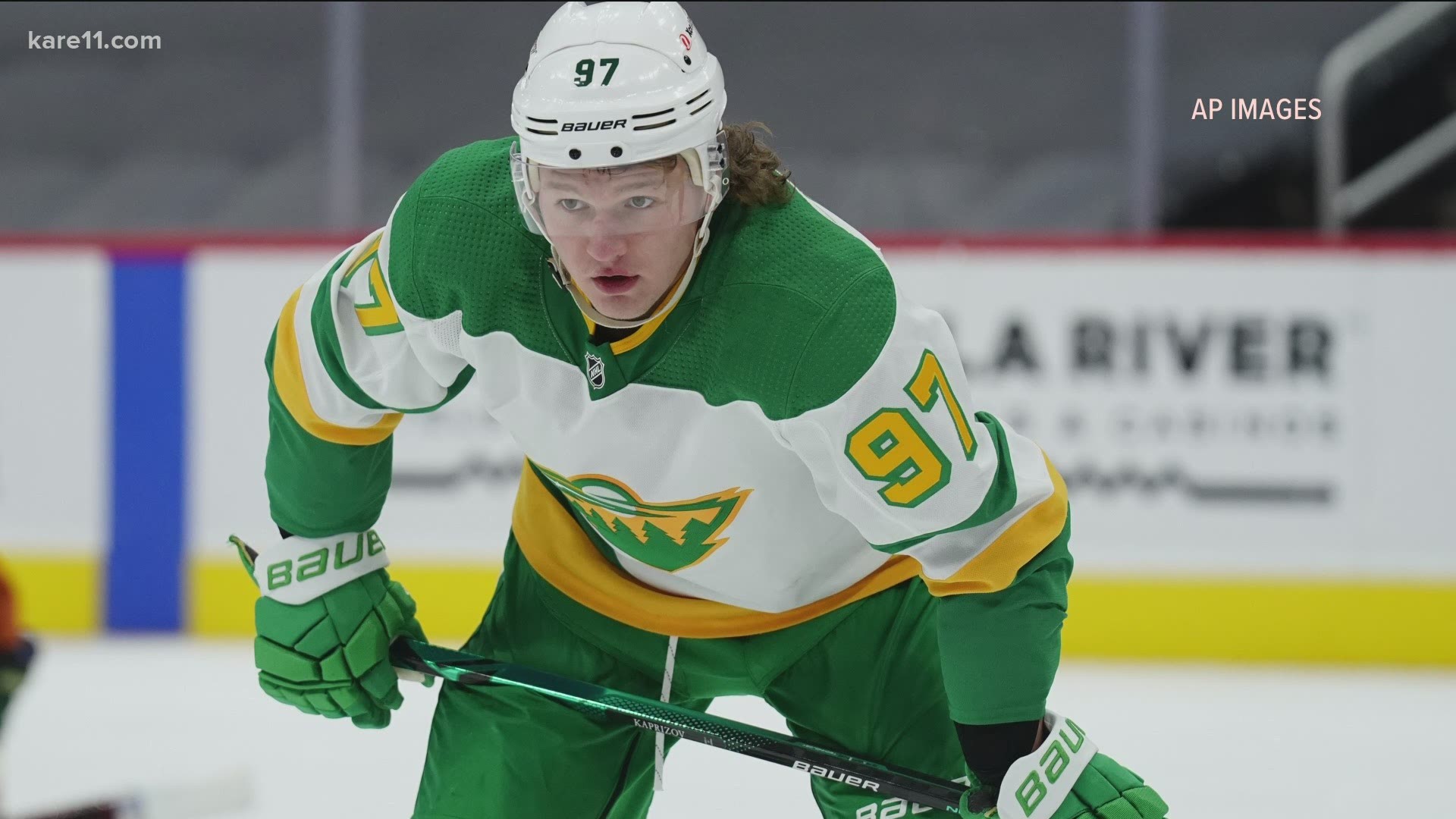 ST PAUL, Minn. — Even though Kirill Kaprizov has only played one year in a Wild uniform he's due a new contract this offseason.

The forward led Minnesota in goals and is a finalist for the Calder Memorial Trophy. He's a priority for the front office. General Manager Bill Guerin said they want to sign him to a long-term deal and are currently working on those details.

Guerin also said that along with Kaprizov, Kevin Fiala and Joel Eriksson Ek are also members of a young leadership core they want to sign this summer.

The Wild lost in the first round of the Stanley Cup Playoffs to the Vegas Golden Knights in seven games.

While it wasn't the end result the Wild were hoping for, Guerin said he's seen a lot of promising signs for the future.

"We're trying to build on a new core that's emerging, Kirill is a part of that."@mnwild GM Bill Guerin on re-signing Kaprizov and how they plan to structure this team moving forward @kare11 #kare11sports pic.twitter.com/cZvtCyJNXL