Wolves guard Okogie: 'I think we move forward together'

Minnesota guard Josh Okogie speaks about how to make change in light of racial tensions. 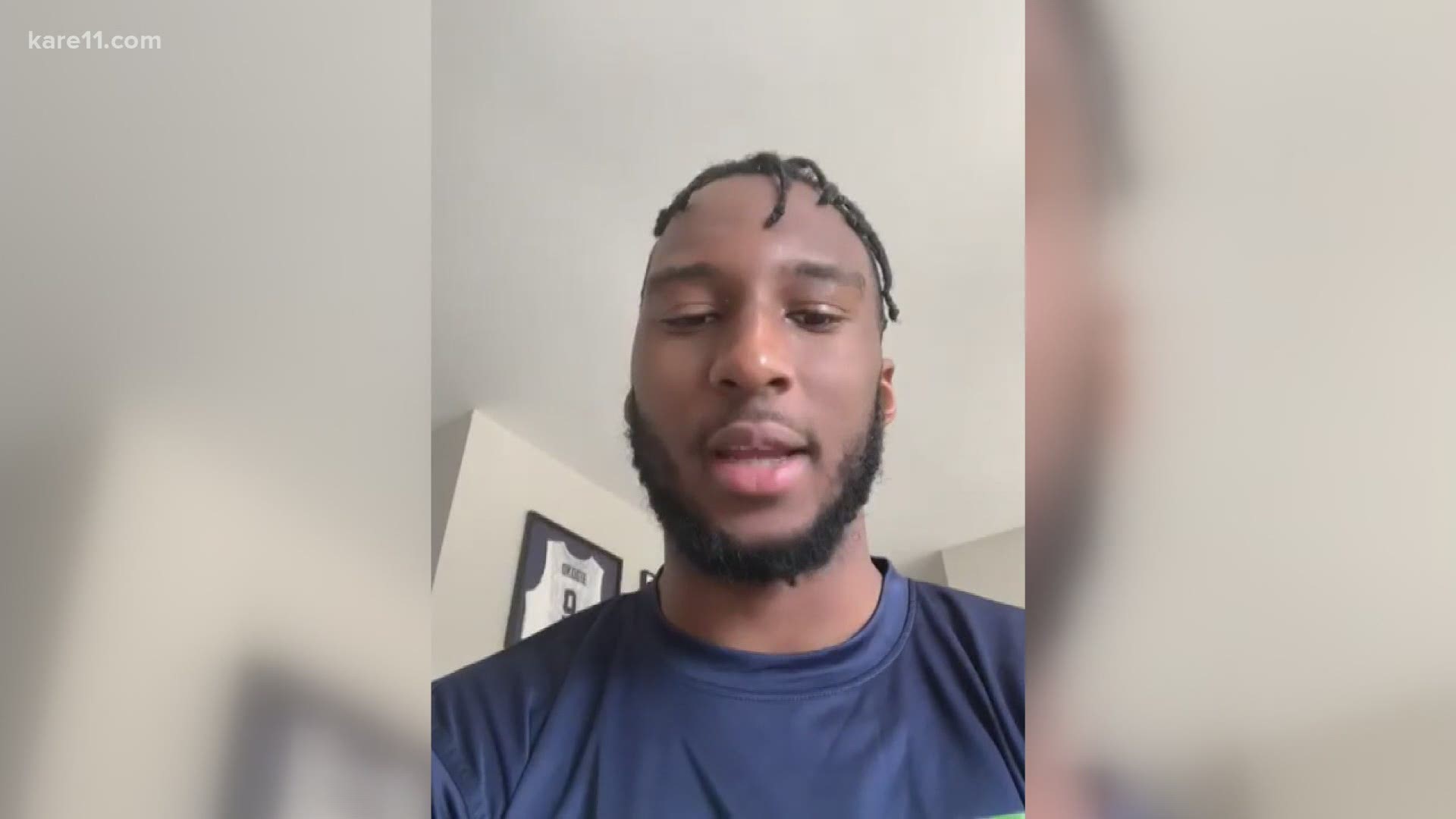 When Wolves guard Josh Okogie saw the video of George Floyd’s death last week, he felt a lot of emotion, but one prevailed.

“I felt disgusted,” Okogie says. “Because that could have been anyone of my skin color. It could have happened to me or my little brother or my sister.”

Okogie didn’t experience a lot of racism growing up in his predominantly African American Suburb outside of Atlanta, but he knows friends who have. And while he acknowledges a disconnect between the Caucasian and African American communities, He understands it.

“How could you have perspective on a topic that doesn’t really affect you. I am not blaming people for having the privilege a lot of black people are. But knowing that we are being put at a disadvantage when things are wrong.”

Last week Okogie attended a rally with former NBA player Stephen Jackson –  who was a close a friend of George Floyds. He just wanted to help, show support, do something instead of nothing and not let this situation become normal.

“If you’re silent then you’re an advocate to the racism that is going on.”

“When things get ignored or swept under the rug or people think nothing ever happened, or it was a mistake. I am just saying how many times does this mistake have to happen before we realize that there is something wrong here.“

There is something wrong. But to Okogie, there is also hope.

How do we heal?

“I think we move forward together,” Josh says. “I think this is racists versus everybody else. And I think that the only way to move forward is to have these conversations and have people speak up.”

A conversation he’s willing and motivated to be a part of.