Joe Montplaisir was diagnosed just a few weeks ago with cancer. The wrestling community is rallying to support him with cheers of "Go Joe Go!" 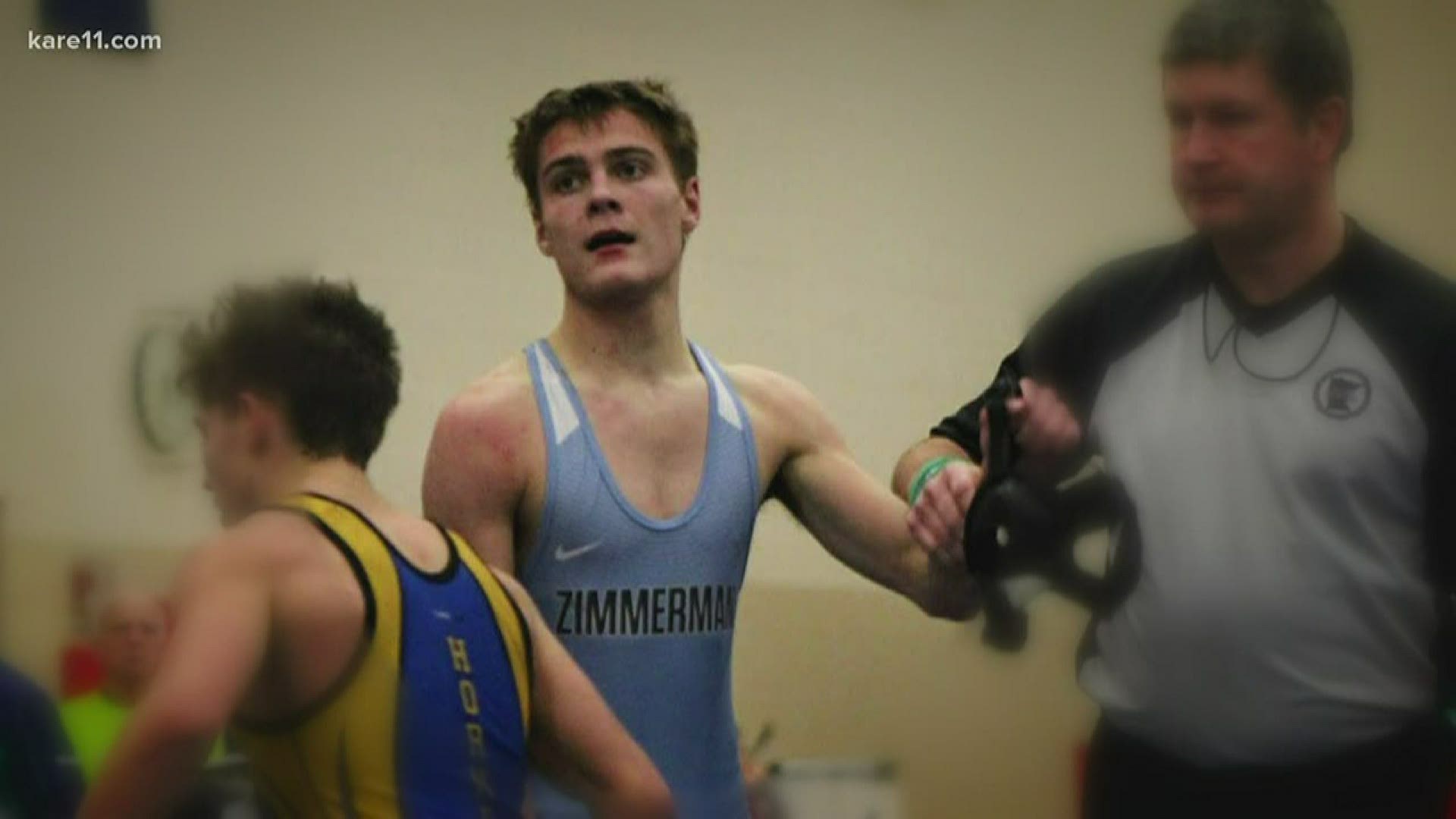 GOLDEN VALLEY, Minnesota — Everyone’s rooting for Joe Montplaisir.  He's a Zimmerman High School wrestler who was dealt a devastating blow a few weeks ago after being diagnosed with Lymphoblastic Lymphoma—a rare form of cancer.

Zimmerman High School sophomore Joe Gardas has known Joe since kindergarten and they both earned trips to the state high school wrestling tournament earlier this spring.

"It was a shock and it felt unreal. I talked to Joe and he said the same thing--he said you never think that it can be you...it shows that it can hit you like that," said Gardas.

The outpouring of support from Joe’s hometown of Zimmerman as well as wrestling teams throughout the state has been incredible.

Joe’s previous battles on the mat will provide strength as he faces his toughest opponent.

"He's always fighting, never once have I seen him give up. He's a fighter and that's what I told him," said Gardas.

"Joe's a wrestler. It's the physical and mental toughness. I think that's going to keep Joe strong and get him through this," said Mark Hayes, Zimmerman High School assistant wrestling coach.

If you'd like to make a donation to Montplaisir, there's a Go Fund Me page established for him.