Former Eden Prairie football standout Jermaine Johnson is among the top JUCO recruits in the country. 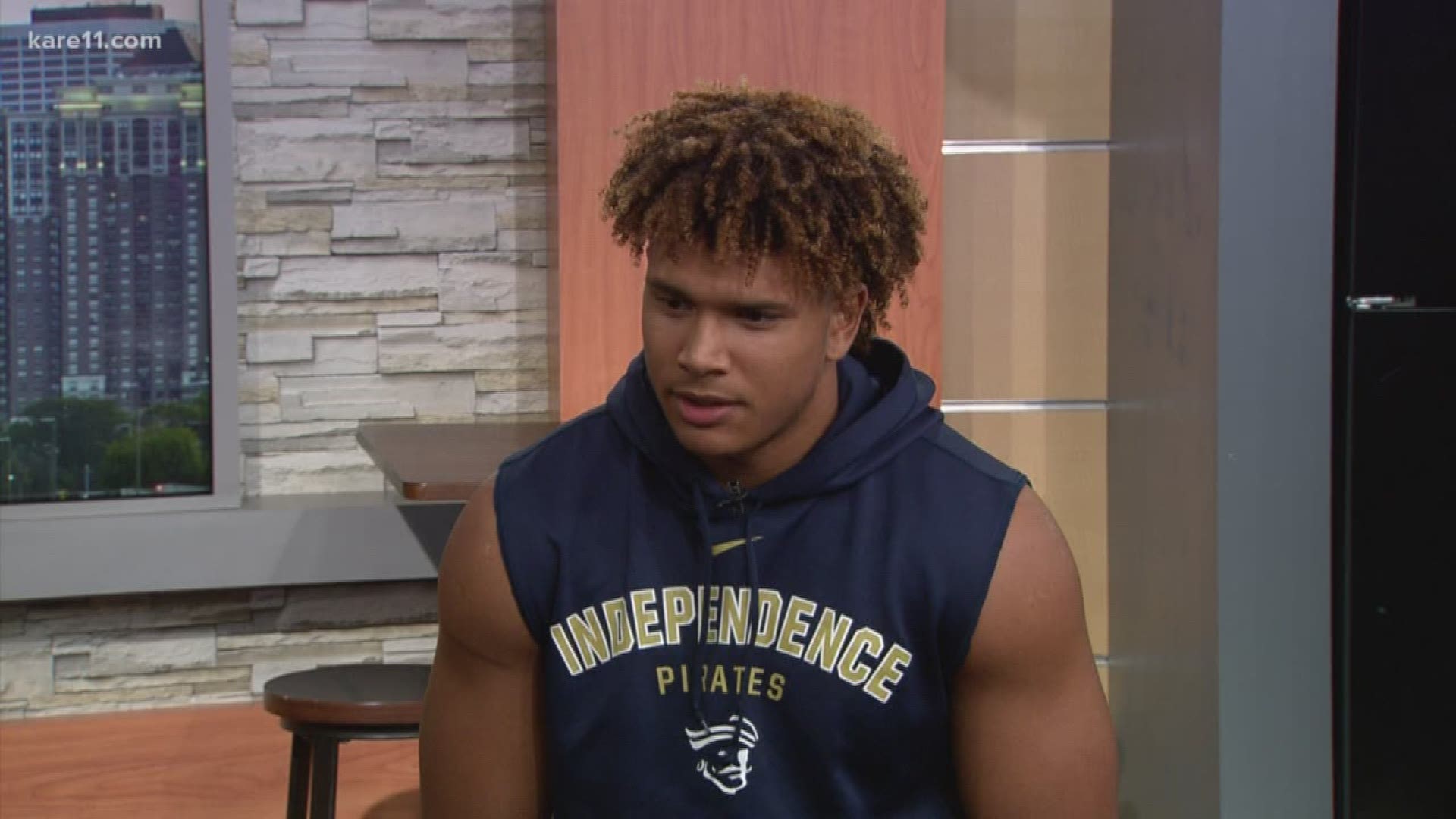 He's a former All-Metro selection at Eden Prairie, but instead of jumping right to a D1 school, Jermaine Johnson’s journey took him to Independence Community College in Kansas.

Since then, Johnson II has become one of the top JUCO recruits in the country.

“When I was in high school I knew I was one of the better kids (at football) but it hurt me when I didn’t get any offers,” Johnson said.

“I was forced to go JUCO or not play anymore. I take full responsibility. I didn’t handle what I was supposed to. It was just bad grades and making bad decisions. It landed me at Independence, and I’m fortunate enough to have turned things around.”

Independence CC, or Dream U as it’s often referred to, is featured on the upcoming third season of Netflix’s “Last Chance U.” The series is expected to be released in July, and you’ll be able to catch Johnson shining on the field.

“Being around guys that are chasing the same thing and are starting from the bottom just humbles you,” Johnson said. “It makes you want it even more.”

Last year, the 6’6 defensive end finished the year with eight sacks and has since generated interest from countless big-time schools across the country.

Johnson hopes to make his decision before the upcoming season starts at Independence. Numerous publications have him ranked in the top 5 for 2019 JUCO prospects.

Check out the video to see Ryan Shaver’s sit-down interview with Jermaine.