Yes, we visited the biggest ball of twine in Minnesotaaaa...all the way in Darwin. 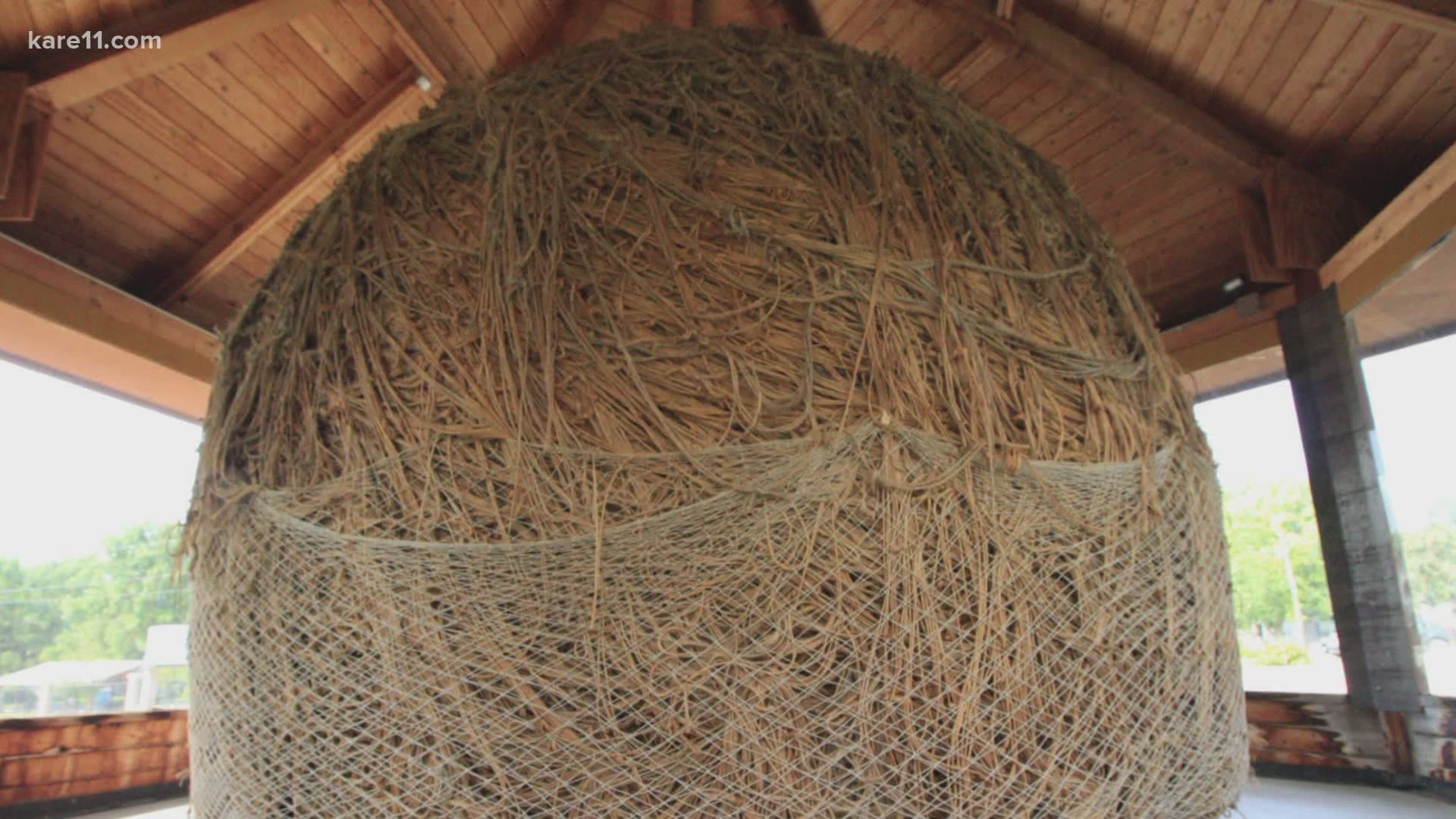 Minnesota has a lot of roadside attractions. But there's one that has become truly iconic; the World's Largest Ball of Twine. That is, the largest ball of twine rolled by one man, a small but important distinction in the world of large twine.

Francis Johnson lived his whole life in Meeker County, Minnesota. He was born in 1904 in Kingston Township, and died in 1989 in Litchfield, according to the Darwin Community Club.

Mayor Josh Johnson took time away from his day job at the bank to talk to host Ellery McCardle and producer Diane Sandberg about the 11-ton wonder that has made its home in Darwin since Johnson rolled the first strands in March of 1950.

In his interview, Mayor Johnson returned again and again to the feelings of community in Darwin, and how proud the town is of their twine ball. This community definitely stepped up to support Francis in his project; instead of vilifying the eccentric man for his dreams of twine fame, his neighbors collected their used scraps of twine and brought them to Francis.

Francis would spend up to four hours a night rolling his ever-growing ball of twine, inventing a device that used a railroad jack to move the ball around. Francis wanted to make sure the ball stayed perfectly round, no matter how big it got.

In 1979, the World's Largest Ball of Twine was completed and entered into the Guinness Book of World Records, where it remained until 1994. The twine ball weighs 8.7 tons, is 11 feet high and measures about 40 feet around.

There are larger balls of twine on display, but none so large that were rolled by hand, by just one man.

It bears a mention that Francis A. Johnson was not an idle man, in that he holds a second and lesser-known record for hand-carved pliers.

The pliers in question are also kept at the museum, and measure seven feet of carved basswood with 25 separate pliers carved into the handle. When fully extended, the pliers are 20 feet long. Each pliers opens, and no pins or joints are used.

Several pliers are kept at the Darwin Twine Ball Museum, some as small as 3/4 of an inch long.

The Famous Twine Ball
Minnesota has a lot of roadside attractions. But there's one that has become truly iconic; the World's Largest Ball of Twine made by one man. For decades, Francis Johnson rolled twine until the ball got so big, he had to move it onto his front lawn.Every y...