Just in time for Oktoberfest, our road trip series heads to a place dubbed the most German town in America. Welcome, or Willkommen, to New Ulm! 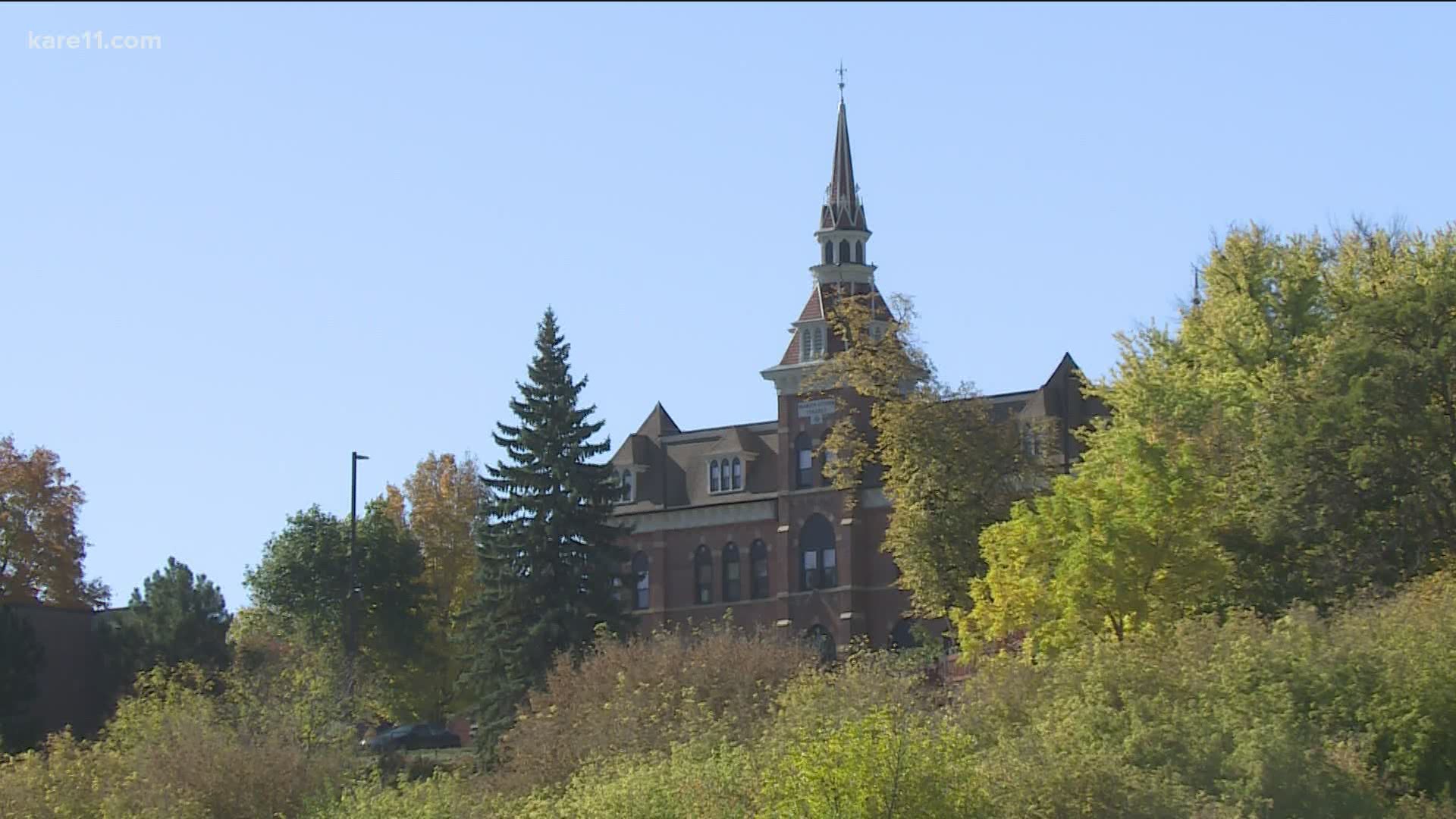 NEW ULM, Minn. — Just in time for Oktoberfest, our That’s So Minnesota Road Trip heads to a place dubbed the most German town in America!

Welcome, or Willkommen, to New Ulm!  We found 11 of the top things to see and do.

The southern Minnesota town with a population of about 14,000 is on a triangular piece of land formed by the confluence of the Minnesota and Cottonwood rivers.

You know you're in New Ulm because you can't miss the protector of the city, Hermann the German. The monument of the ancient hero is always keeping a watchful eye on the city from 102 feet above. Unfortunately the monument is closed until further notice. But it's still a sight you'll want to see from afar if you're in the area.

Michael Looft is the New Ulm Chamber of Commerce president and CEO.

"It’s great the ancestry of New Ulm is extremely German and bohemian German as well and so we’ve really kept on to that German heritage and that German tradition," Looft said.

The architecture found in the city, especially in historic downtown, is German-inspired and the shops are, too.

Grab breakfast from one of the local businesses in the morning.  Take that coffee to go as you wander through the city.

Use your phone to scan the QR codes on New Ulm's buildings for a self-guided historic walking tour.

"Ground zero for the 1862 Sioux uprising was actually in New Ulm, so some of the original buildings are still here and survived," Looft said.

While some might think it sounds a bit morbid, New Ulm's oldest cemetery holds a lot of history. The earliest burials date back to the mid 1850’s. There are monuments to those who assisted in the defense of New Ulm during the Dakota Conflict of 1862 and graves of many who died. You can also find stones engraved in German, sharing the story of the German immigrants who established New Ulm in 1857.

Schell’s Brewery is a place that feels like it’s out of a storybook, with peacocks roaming the steps that lead up to a historic mansion from 1860.

"The brewery is on the original campus," Marti said. "It was built in 1860 and we’ve been expanding every day and every year ever since," he said.

The museum and gift shop is currently open. Marti said the brewery wants to host small group tours soon and open it’s tap room by the end of the month.

"It’s just kind of a magical place where it’s this kind of a hidden gem in southern Minnesota where people can come, and is not just a brewery, it’s an actual experience," Marti said.

Turner Hall has been around since 1856! It's listed in the National Register of Historic Places. It hosts weddings, events, and gymnastics. But it also has a restaurant and houses the oldest bar in Minnesota called the Rathskeller. Grab a bite to eat here because the menu is German-inspired.

If you like nature, there's a lot of it in New Ulm. Flandrau State Park is right in the city. The Cottonwood River runs through the park. It's a gathering place for recreation with a sand bottom swimming pond for the summer and hiking options for the fall. The area is great for snow sports in the winter.

It’s named after Charles Flandrau, who is credited with the state’s nickname "The Gopher State."

The city boasts it has more parks per capita than most cities, and a popular one to check out is German Park.

"The original plot of the city actually had German park incorporated in 1855," Looft said.

The park has a fountain and an amphitheater.

If you want an easier way to get around town, bike! You can bike the 13-mile loop around the city. It’s a paved recreation trail with a lot of sights and attractions, like the Minnesota River, along the way.

If you have some time in your day, check out the Glockenspiel in downtown New Ulm. The bells can be heard throughout the day and and play programmed pieces.

"The Glockenspiel is 45 feet tall," Looft said.  "The bells themselves, there’s 37 of them, and they weigh about two ton," he said.

New Ulm is home to the Minnesota Music Hall of Fame museum.  According to the museum's website, it was established to honor musicians, past and present, who contributed significantly to the Minnesota music scene in all genres of music including classical, bluegrass, rock and roll, polkas, waltzes and more.  Bob Dylan, Judy Garland, and Prince are among the Minnesota music legends who have a place at the museum.