Come along as we explore not only nature but also retail stores that started in Minnesota and are now nationally known. 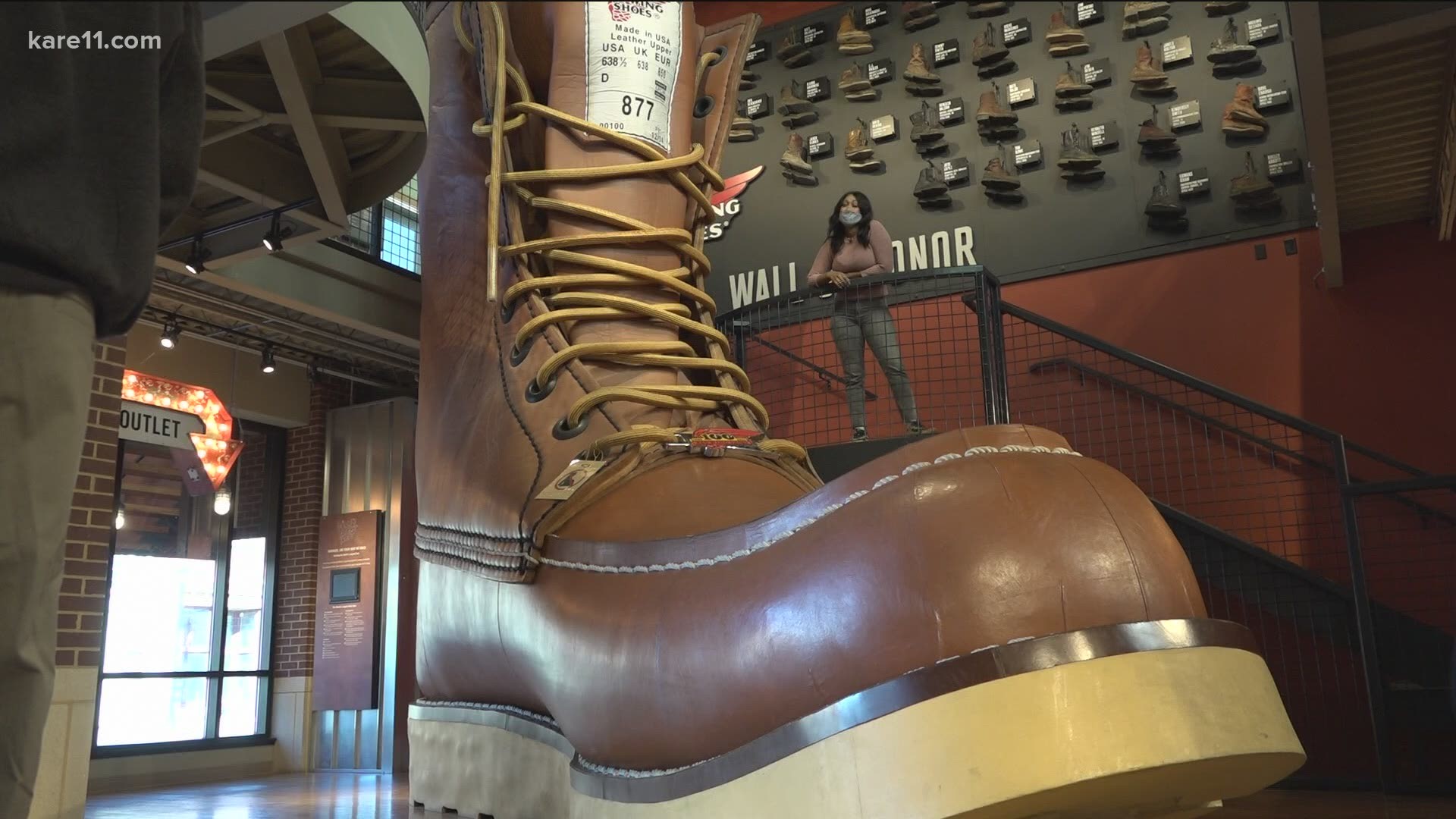 RED WING, Minn. — All fall, KARE 11 Sunrise has visited different towns in our That's So Minnesota Road Trip series. This week, we head southeast of the Twin Cities metro to Red Wing.

Barn Bluff
Red Wing is known for its hiking trails, which lead to a 340-foot bluff with amazing views of both the town and Mississippi River.

Central Park
Though much smaller than its New York namesake, Red Wing's Central Park features a bandshell, where, in non-pandemic times, both local and national acts perform.

Sheldon Theatre of Performing Arts
The Sheldon was built in 1904 and the region still invests in the live performance venue today.

Red Wing Shoe Company
We couldn't go to Red Wing without visiting Red Wing Shoe Company now could we? Red Wing Shoes started in 1905 to supply workers with high-quality boots. Farmers, miners, and lumberjacks were some of the first customers. Within about 12 years, the company expanded to make footwear for U.S. soldiers fighting in World War I. Today, celebrities are known to stop by after performing at Treasure Island. The store features a humungous boot.

"They got the big shoe," store manager Bill Hurlbut said. "We've got a big pair of pants."

The company started more than 25 years ago as an online-only business based in Duluth. Today there are 65 brick and mortars nationwide. The Red Wing and Oshkosh, Wisconsin, locations are the only two with the big pants.

Uffda Shop
Due to the pandemic, in-store shopping is paused at Uffda Shop but you can still order it's "fine Scandinavian gifts" online and by phone.