Researchers at Voyageurs National Park are discovering interesting behaviors about the wolf population in the park. 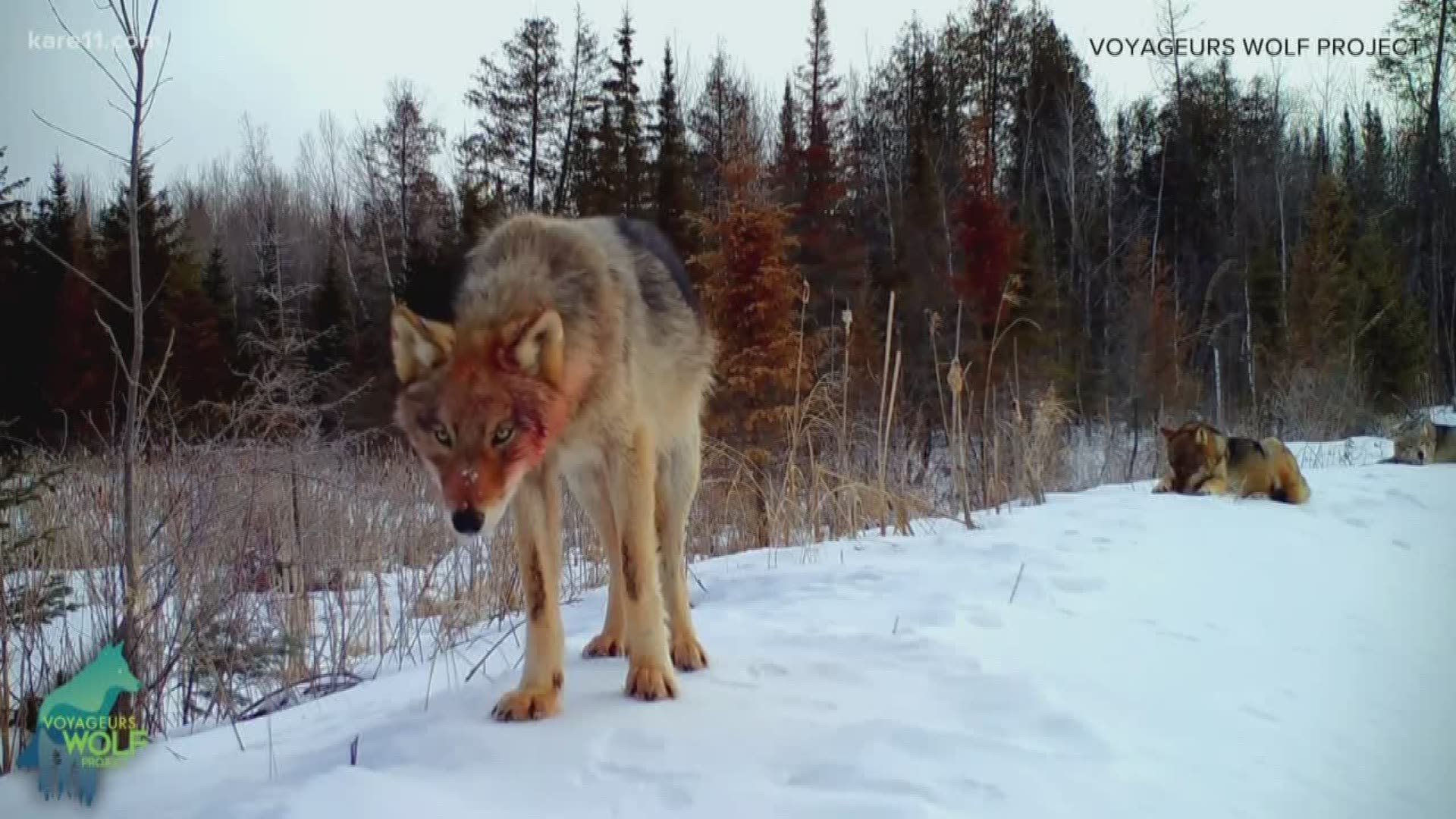 MINNESOTA, USA — If you love wildlife there is an Instagram account and Facebok page that you need to follow: Voyageurs Wolf Project. There are fascinating videos showing wolf packs, lone wolves, their pups, and other wildlife deep in the woods of Voyageurs National Park.

When we set out to do a podcast, I knew I wanted to do an episode about our state's only National Park. Personally, I love traveling to our nation's parks. I have visited 17 out of 62, so naturally, I follow most of them on Instagram. Last summer I came across the account for Voyageurs Wolf Project, and within 10 seconds, I knew I had to follow this group.

What is Voyageurs Wolf Project? It's a team of researchers from the University of Minnesota and Voyageurs National Park who are studying the park's wolf population. Specifically, trying to answer what wolves are eating in the summer and how they're raising their pups. They're capturing all sorts of behaviors on trail cameras throughout the park.

Researcher Tom Gable says the team finding that wolves have a flexible diet.

"During the summer we see wolves eating fish, blueberries, bear bait piles from hunters who have put out their bait piles. We see wolves eating deer and fawns," said Gable. And yes, a lot of what he just described is caught on the team's trail cameras, which you can see on their social media pages.

My favorite videos are of the wolf pups howling, and acting all mighty. One pup almost falls over, it's adorable. But it's interesting to see wolves travel in packs, how they communicate deep in the woods and how they hunt beavers, and sometimes lose. The team also captured other amazing shots of wildlife including: bobcats, bears, foxes and beavers.

Gable and I talk a lot more about this research in a new episode of the That's So Minnesota podcast. Subscribe and download the show on Apple, Spotify, Google Play, or wherever you listen to podcasts. And rate the show (five stars preferred).

New episodes of That's So Minnesota are released every Tuesday. If you have an episode idea, send an email to ThatsSoMinnesota@kare11.com.