"A lot of people that have mobility issues can get from point A to point B in their mobile wheelchairs, but they can't reach their arm to hit the elevator button." 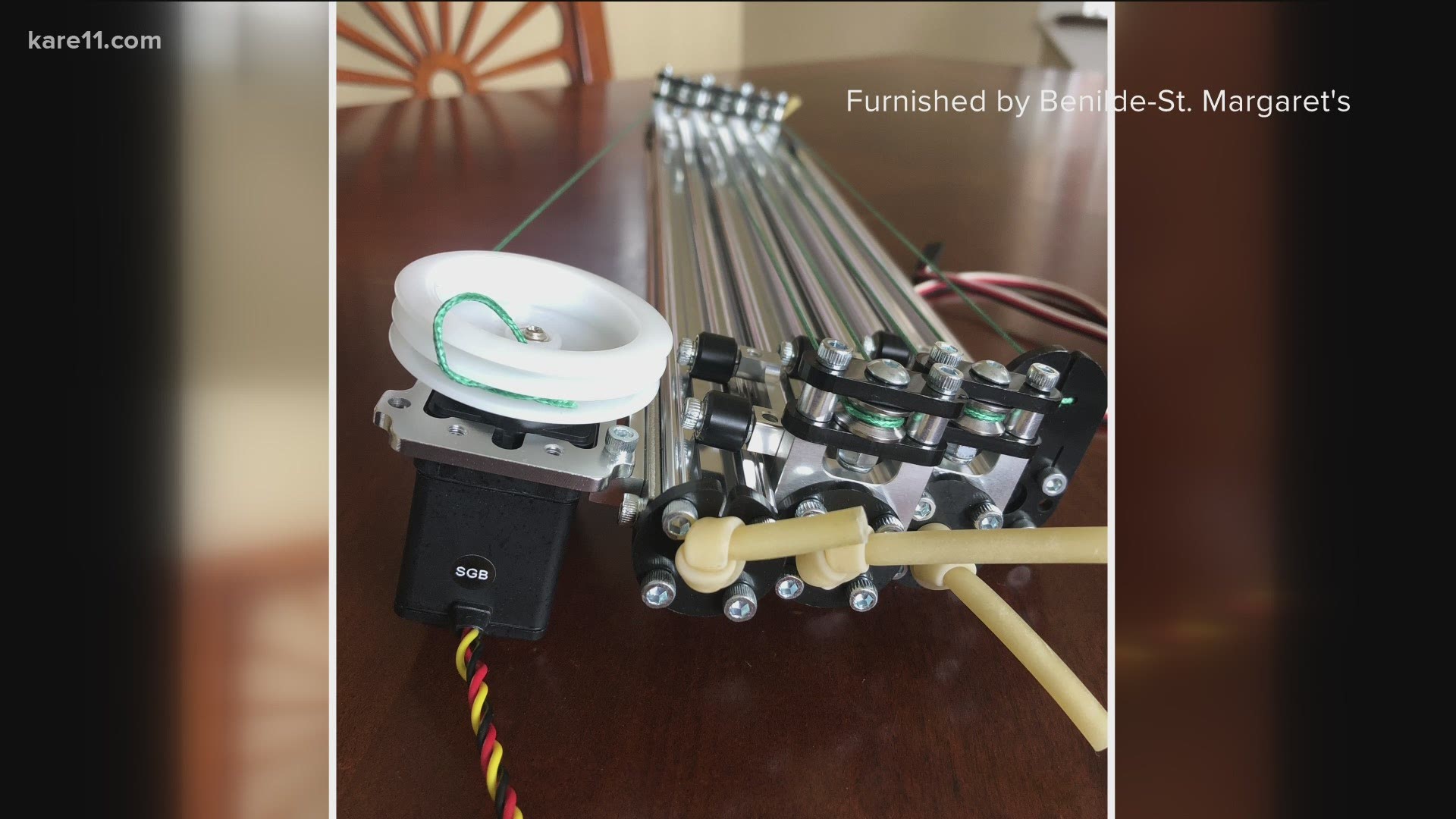 "It will press elevator buttons, because a lot of these people that have mobility issues can get from point A to point B in their mobile wheelchairs, but they can't reach up their arm to hit the elevator button," said student, Annie Golinvaux.

The idea landed the students a $10,000 grant from Lemelson-MIT. They are one of just 13 teams nationwide to receive one.

"There are robotic arms to the tune of $50,000 that people could purchase, which is just out of reach for people," she said.

The students came up with the idea for the arm after reaching out to Courage Kenny Rehabilitation Institute.

"We're right now in contact with a patient at Courage Kenny who's giving us a lot of feedback on what they think would be great improvements for our design," said Golinvaux.

Their creation is just a prototype right now, the students hope to have a final version by June, when they will present virtually to Lemelson-MIT.

"It's just very rewarding to see what we could potentially build and to help another person to make their life easier," said student Dani Mergen.

RELATED: Wizardry or engineering? How a local professor uses Harry Potter to shine a light on the profession

RELATED: Communities that KARE: Team develops device to save seniors from fall injuries