"It's an amazing time for spaceflight and for human spaceflight," said Bob Cabana, a Minneapolis native and the director of NASA's Kennedy Space Center. 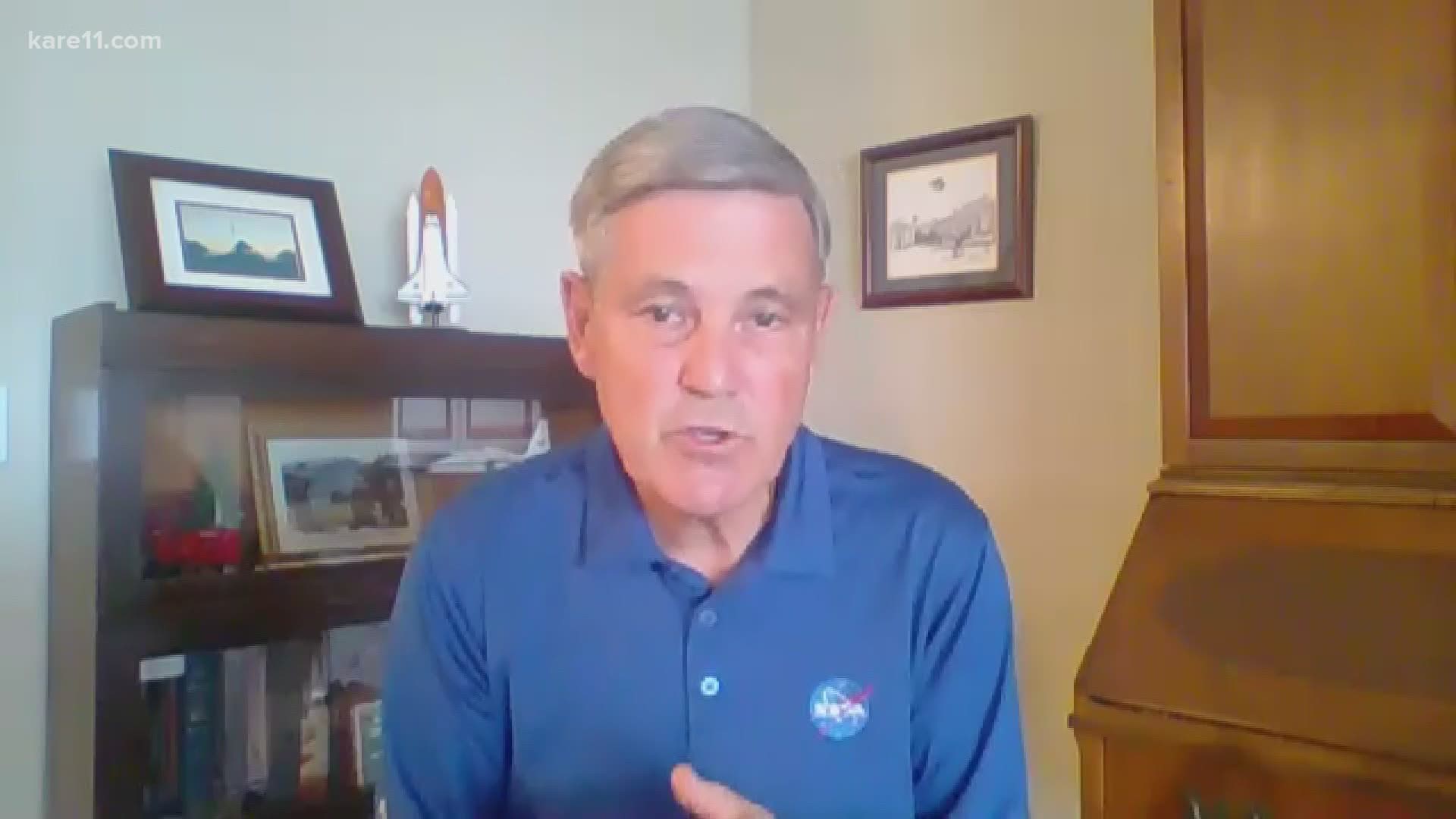 The splashdown marked a milestone for human spaceflight. NASA astronauts Bob Behnken and Douglas Hurley arrived home safely in the first commercially built and operated American spacecraft carrying astronauts from the space station. They spent over two months on the International Space Station.

"It took years to get here. We brought the capability back to America and we came home safely to our families," said Behnken, about five hours after landing.

Credit: AP
In this frame grab from NASA TV, the SpaceX capsule splashes down Sunday, Aug. 2, 2020 in the Gulf of Mexico. Astronauts Doug Hurley and Bob Behnken spent a little over two months on the International Space Station. It will mark the first splashdown in 45 years for NASA astronauts and the first time a private company has ferried people from orbit. (NASA TV via AP)

"It was an absolutely awesome day. What an awesome mission from start to finish," said Bob Cabana, a Minneapolis native and the director of NASA's Kennedy Space Center. "It's an amazing time for spaceflight and for human spaceflight.

NASA's SpaceX Demo-2 test flight launched over two months ago from the Kennedy Space Center in Florida. When Behnken and Hurley left May 30, it was the first human launch from the U.S. since the space shuttle program ended in 2011.

"It's just been absolutely awesome to be able to transition the center from what was a one government vehicle, wholly government operation, to this multi-user spaceport that we have today supporting both government and commercial operations," Cabana said.

Credit: KARE 11
Bob Cabana is a Minneapolis native and the director of NASA's Kennedy Space Center.

Cabana said with private companies like SpaceX and Boeing part of its Commercial Crew Program, it gives NASA more freedom to explore.

"This is history. We are enabling a commercial capability to fly the low Earth orbit and NASA wants to be one of many customers. We don't want to be paying for going to low Earth orbit like we did with the shuttle. We want to be able to focus on exploring beyond our home planet, establishing a sustainable presence beyond planet Earth, going to the moon in a sustainable way, preparing for a trip to Mars with humans," Cabana said.

Several Minnesota natives have gone on to become astronauts—two of them directly connected to SpaceX's Crew Dragon. Cabana grew up in Minneapolis and retired NASA astronaut Karen Nyberg grew up in Vining, Minnesota. She's married to Hurley.

"It's great for Minnesota to have so many astronauts," Cabana said. "I think it speaks good to our Midwestern roots and hard-work ethic."

Teams will now examine the spacecraft's data and performance from the test flight and see if any modifications need to be made. The next flight for SpaceX will be the Crew-1 mission that is planned for the end of September. 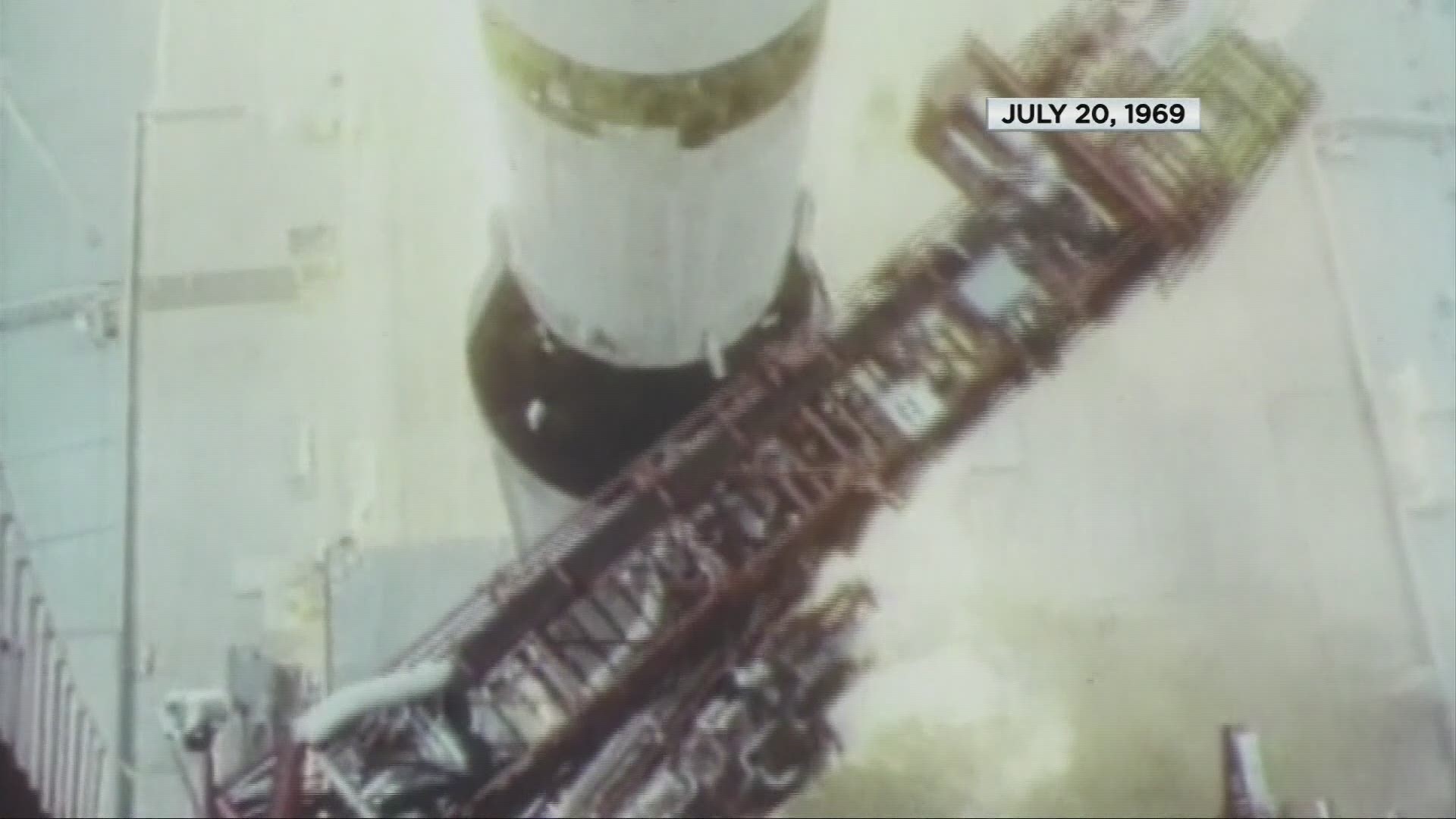