TurnSignl connects users to a local lawyer who can help de-escalate a traffic stop in real time, so that everyone goes home safe. 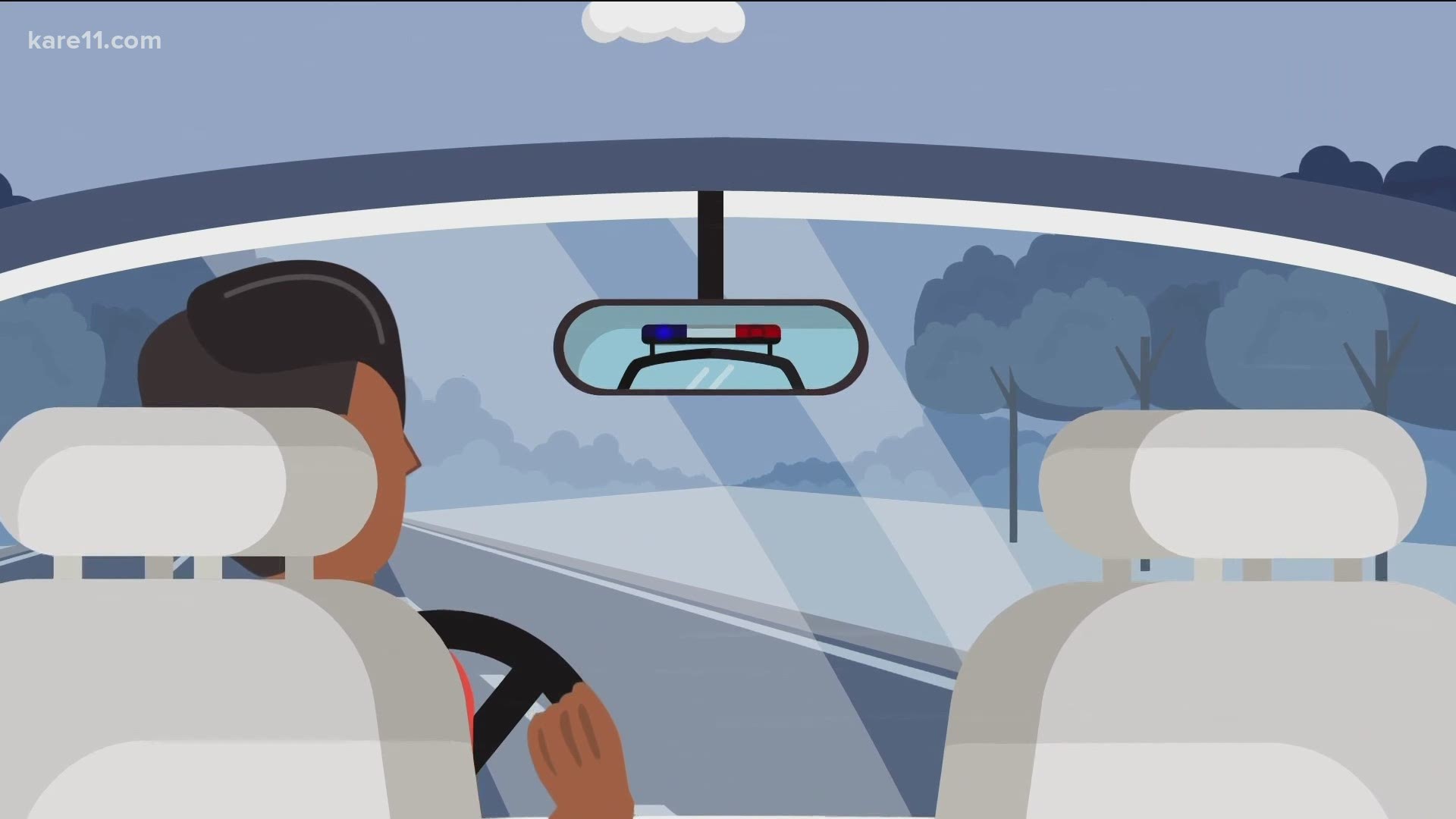 MINNEAPOLIS — Traffic stops can be dangerous. For both police and the people being pulled over. And in cases like Daunte Wright’s, they can sometimes be fatal. Three Minnesota men decided to create something that they think could be part of the solution. It's called TurnSignl.

“Society has been searching for a solution to protect driver's civil rights, de-escalate roadside interactions, and ensure both civilians and police officers return home safely. Introducing, TurnSignl. A signl for change,” says the animation video on the company’s website.

The seed of an idea started after Philando Castile was shot and killed by police. Then, after the death of George Floyd, three Black men -- a lawyer and two MBAs -- decided it was no longer a desire but a need.

“Finally, we said all three of us are going to leave our professional jobs. Andre was working at a credit union in their finance department, Mikhal was working for an electronics company doing their enterprise sales, and I was at a law firm,” says Jazz Hampton, J.D., CEO of TurnSignl.

Jazz Hampton, Andre Creighton and Mychal Frelix created the app. When you're getting pulled over, TurnSignl will connect you real time to a local lawyer.

“You are connected via video conference with a lawyer, and it is also recording with a front-facing camera, but the important addition of having the lawyer there is they are a calming presence, that knows the law, and can help both parties feel safer in that interaction,” says Hampton.

The app is voice activated, so you don't need to use your hands. And it can be used by any number of people for any number of reasons. A woman driving alone at night, or anyone involved in a car accident.

“Parents who have a 16, 17, 18-year-old, someone going off to college want to make sure that they feel comfortable and those folks stay safe when they are driving,” says Hampton.

TurnSignl is working with police to make sure they too feel comfortable with the platform. And many companies have already said they'd like to provide the app for their employees. Because at the end of the day, it's all about getting to the end of the day.

“Our mission is simple; it's to protect driver's civil rights, to deescalate those interactions and to ensure that both drivers and police officers get home safe every day,” Hampton says.

TurnSignl is awaiting App Store approval and will launch on May 14. It will be available on iOS and Android and be free for those who cannot afford it.