The FAA won't provide a timeline for the re-certification of Boeing 737 MAX jets, citing safety as their guiding factor. 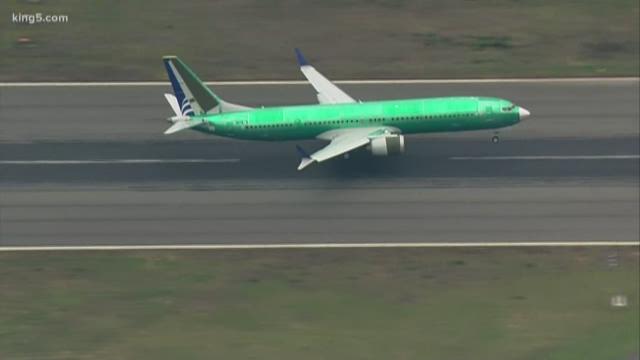 The Federal Aviation Administration concluded a meeting with global aviation regulators in Fort Worth, Texas on Thursday. But there's still no timeline for when the Boeing 737 MAX will return to commercial flights after two deadly crashes and a worldwide grounding.

FAA acting administrator Dan Elwell said he won’t be pinned down to a timeline. But he has made statements that offer both hope and possibly depair to Boeing executives.

In an interview with NBC’s Tom Costello, Elwell said, “We generally think that our work should take about three to four weeks. But again, if history is prologue, then we could always find things we want to look at a little bit closer.”

Elwell continued, "And remember, we have a technical advisory board made up of safety experts from NASA, the Air Force, the Department of Transportation Research Center.”

Outside agencies are looking over the FAA’s shoulder as the administration has come under fire for the way it certified the 737 MAX originally.

Elwell backed away from comments made the day before, where he opened the door to the possibility it could be a year before the 737 MAX returns to commercials flights.

"If it takes a year to find everything we need to give us the confidence... then so be it," Elwell said.

The FAA is in charge of the certification since America is the host nation for where the airplane is built, in Renton, Washington. Other countries could add their own requirements before MAX jets purchased by their airlines are allowed to fly, or even if another nation’s 737 MAX planes are allowed to enter their airspace.

Elwell shied away from providing a timeline, “I don’t have September as a target, I don’t have June as a target. I have safety of the 737 MAX. That’s my only target."