International meeting on Boeing 737 MAX amid questions of passenger confidence

This week in Texas, the FAA is hosting representatives from 33 countries over the status of re-certifying the Boeing 737 MAX. 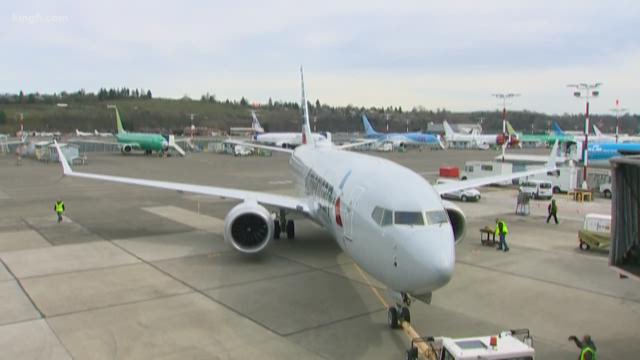 Despite the announcement, many airline passengers still have questions about the safety of 737 MAX jets when the planes resume commercial flights.

American Airlines has 24 of the Boeing 737 MAX jets in their fleet, now all part of the worldwide grounding. “I don’t know at this point, give the heightened level of interest in this, and the news around it, that any amount of marketing would do that," Parker said about reassuring customers.

"What we need is the airplane to be deemed airworthy, be back in service, have American Airlines flying. I know, if that’s the case, the airplane is 100 percent safe," Parker told Holt.

American has cancelled all flights involving the MAX until at least August 19. The carrier was flying 115 flights per day.

On Wednesday night, 57 delegates from 33 nations gathered in Fort Worth, Texas for a meeting with the Federal Aviation Administration. The FAA is overseeing the Boeing 737 MAX re-certification in America.

Individual countries, or groups of countries working under their own aviation regulatory bodies, will determine when the planes are allowed back into their airspace.

More than 350 jets were grounded worldwide after two deadly crashes: first in Indonesia on October 29 and then in Ethiopia on March 10. In total, 346 people lost their lives.

While the final reports are still months away, the crash investigations found a design vulnerability in a piece of software called MCAS, which can cause the plane to pitch nose down.

RELATED: How the Boeing 737 has evolved and why it matters for the company's future

Now Boeing waits for the FAA's approval of the software fix. The updated program would restrict MCAS from moving the horizontal stabilizer at the back of the plane to only once. It would also limit how far MCAS could move the stabilizer and rely on two sensors believed at the core of the problem, instead of only one.

In a background briefing with reporters, an FAA official said the agency won’t be rushed, and the agency continues to have questions for Boeing on the fix. FAA pilots have yet to make a certification flight aboard the Seattle-based 737 MAX 7 usually parked at Boeing Field.

Meanwhile, the company continues to build the jet, complete with the fix already installed, at the rate of 41 jets per month - down from 51 each month. Boeing is now flying planes into storage at its facility in San Antonio, Texas. It has filled up storage at Boeing Field and Paine Field in Everett. The Renton flight-line where the planes are built is also stuffed with planes being finished.