Bald eagle recovering after being rescued in Brooklyn Center 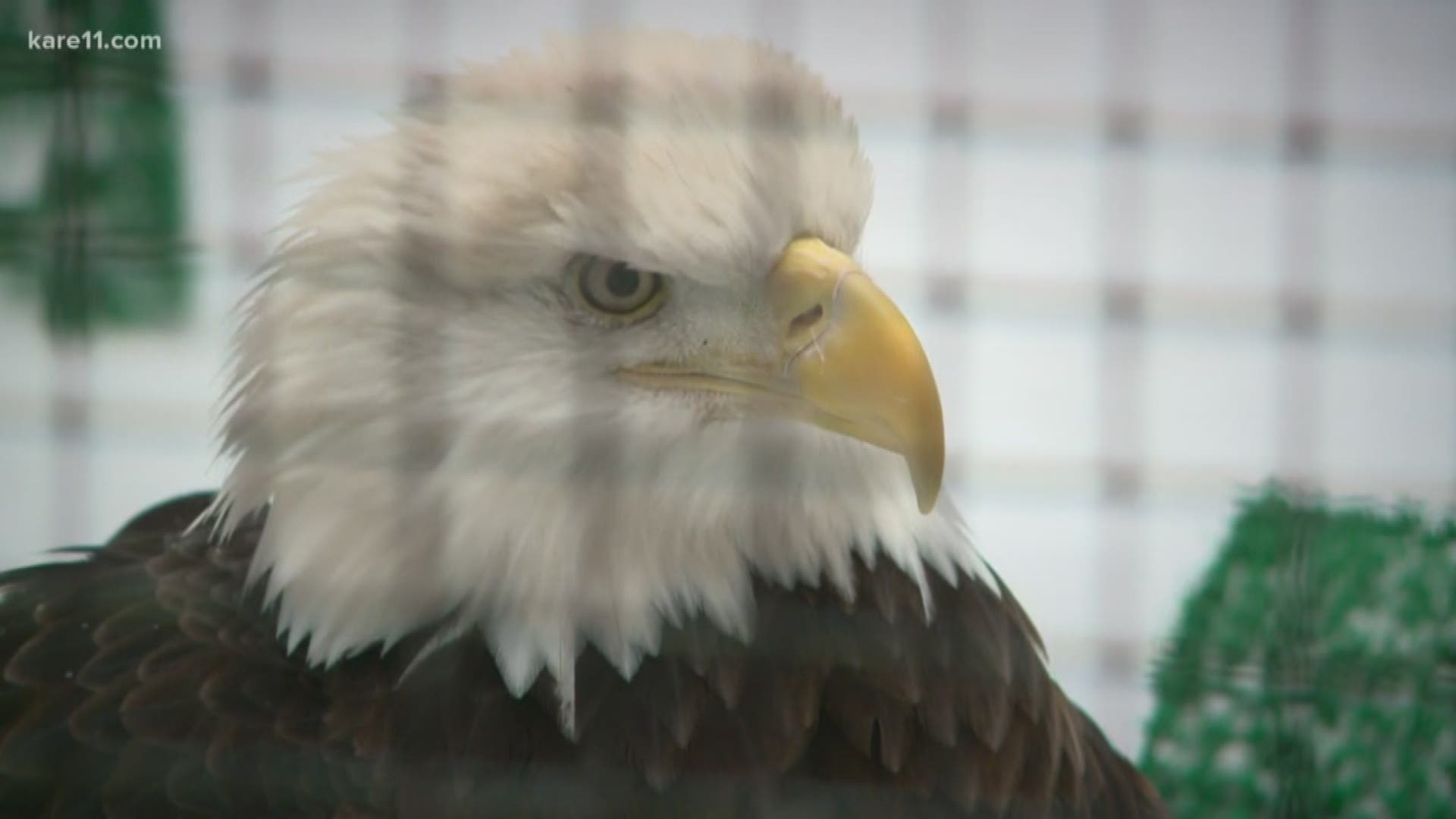 Education is just as important.

Lauren Laughlin is a volunteer - teaching about why birds come in and what the public should do.

Tuesday morning, a runner in Brooklyn Center did the right thing along a stretch of 50th Ave. North.

She came across a bald eagle that wasn't moving, so she called police who called the Raptor Center.

Pierce Fleming responded and determined the eagle had an injured wing.

"Put a net over it, grab it and we were out of there," said Fleming.

The female eagle is now at the Raptor Center.

"The birds doing better, the swelling is down today the tissues are recovering," said Julia Ponder, executive director at the center.

She says she's optimistic the eagle will fully recover and be released back into the wild.

"The wing is more functional and the bird is feeling better, feeling stronger," said Ponder.

She says the eagle may have been injured in a territorial fight.

Now she is praising that runner who called in.

"Woman who found the bird did everything right," said Ponder.

A good lesson should you ever find an injured bald eagle.

"An animal the size of an eagle a bird as powerful as an eagle your best to call us first," said Ponder. Please don't do anything if you don't know what you're doing."