More than 50 water bodies in Minnesota are considered impaired because of chloride pollution. 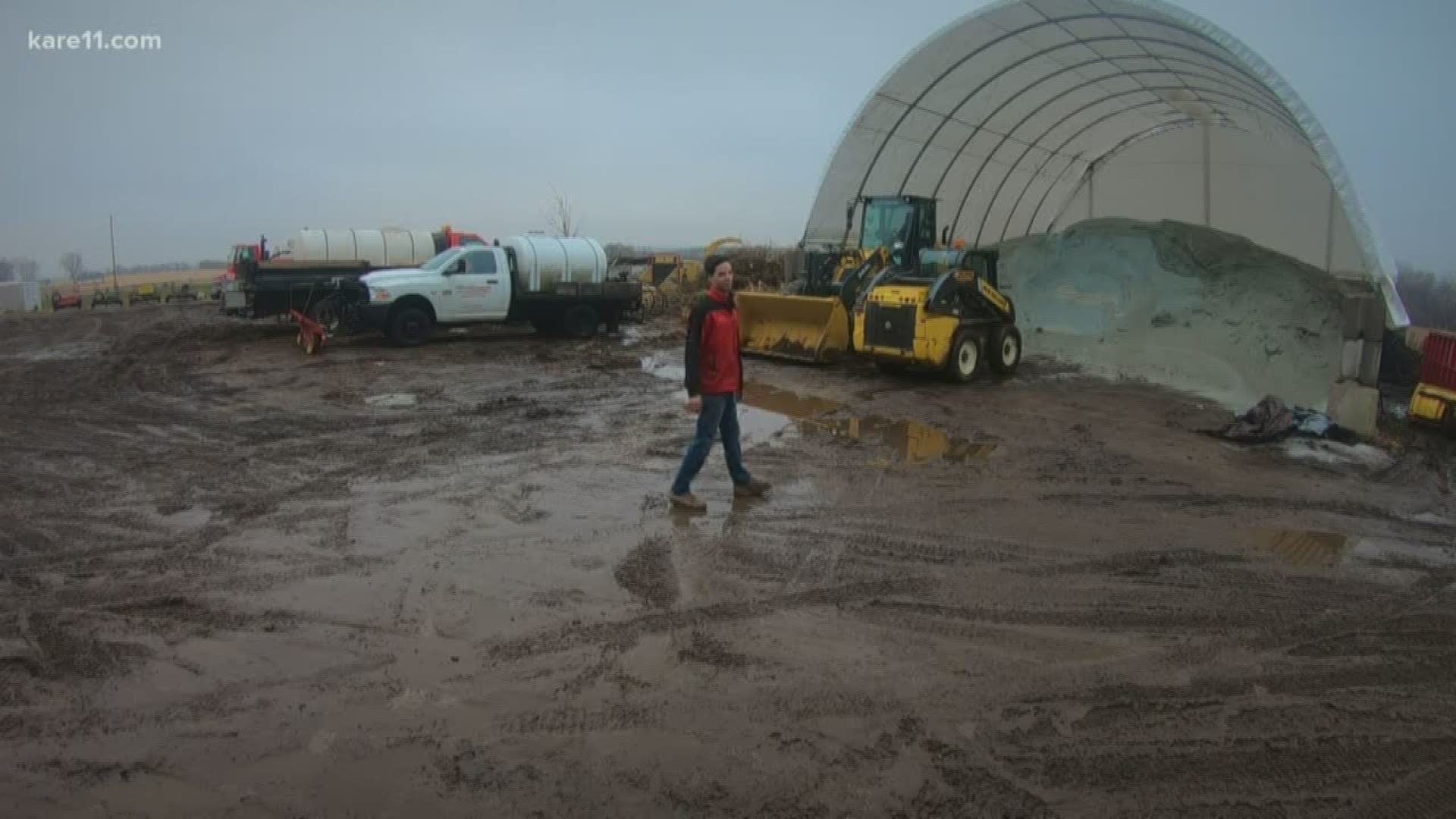 HASTINGS, Minn. — At Precision Landscaping and Construction in Hastings, crews are attaching plows to trucks and making sure everything is in order for the coming months.

CFO Joby Nolan looks at his salt supply hoping he keeps his usage at a minimum.

He says his brine solution seems to be the answer in part because it liquefies the salt, making it possible to use less.

"We've been doing this for two seasons now," said Nolan. "Whatever we can do to reduce our impact."

Joby was part of a training on reducing salt usage several years ago.

Minnesota's Pollution Control Agency is pushing local governments to do more of that education with some proposed new rules for 249 municipalities in the state. This is part of their statewide general permit which
aims to prevent stormwater pollution.

"Requiring these municipalities to educate the public on how they can reduce their salt use and training their staff so they can inform decisions when they're applying roads and sidewalks," said Cole Landgraf with the Minnesota Pollution Control Agency.

He hopes this proposed rule makes a difference and that more people like Joby will do what they can to keep our waterways clean.

"We've had huge success with it and we're ramping up even more this season," said Nolan.

The MPCA is seeking public input on the new rules until early January.