Christina Koch has spent more time in space on a single mission than any other woman in history. 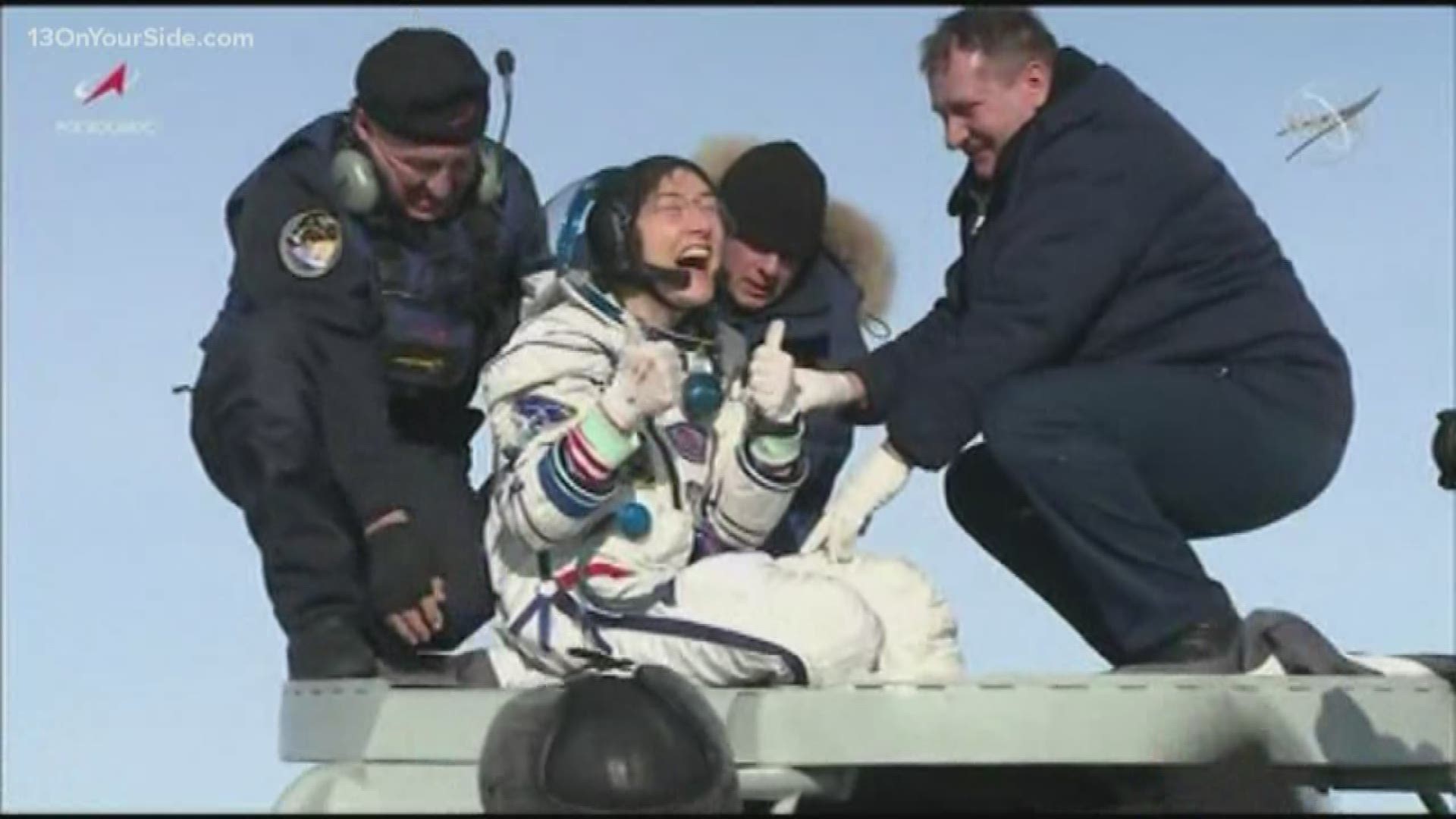 Three hundred and twenty-eight days in space; 5,248 orbits around Earth; six spacewalks and 42 hours and 15 minutes working outside the International Space Station.

Those are the record-breaking numbers of astronaut Christina Koch's recent mission aboard the ISS. After nearly a year off-planet, Koch returned to Earth a little after 4 a.m. Thursday morning.

Her time in space broke astronaut Peggy Whitson's record of 288 days. And, Koch's mission is also the second-longest spaceflight by an American astronaut. Scott Kelly holds that record at 340 days.

Last month, Koch told the Associated Press that she can't wait to dig into some chips and salsa and swim and surf in the Gulf of Mexico. She also said taking part in the first all-women spacewalk with Jessica Meir was the highlight of her mission.

Koch, ISS Commander Luca Parmitano of the European Space Agency and Soyuz commander Alexander Skvortsov of Roscosmos will leave the ISS in a Soyuz spacecraft. The three are set to land in Dzhezkazgan, Kazakhstan.

NASA began live coverage of the return to planet procedures around 8:30 a.m. Wednesday when the ISS had a change of command ceremony. Parmitano handed over command to Oleg Skripochka of Roscosmos.

Around 9 p.m. Wednesday, the crew leaving and those still on the ISS, had a final farewell as the Soyuz hatch closed. The Soyuz undocking happened around 12:15 a.m. Thursday. The deorbit burn occurred after 3 a.m. with a parachute-assisted landing around 4:13 a.m.

RELATED: US astronaut sets record for longest spaceflight by a woman

Credit: AP
Specialists help U.S. astronaut Christina Koch shortly after the landing of the Russian Soyuz MS-13 space capsule about 150 km ( 80 miles) south-east of the Kazakh town of Dzhezkazgan, Kazakhstan, Thursday, Feb. 6, 2020. A Soyuz space capsule with U.S. astronaut Christina Koch, Italian astronaut Luca Parmitano and Russian cosmonaut Alexander Skvortsov, returning from a mission to the International Space Station landed safely on Thursday on the steppes of Kazakhstan. Koch wrapped up a 328-day mission on her first flight into space, providing researchers the opportunity to observe effects of long-duration spaceflight on a woman as the agency plans to return to the Moon under the Artemis program. (Sergei Ilnitsky/Pool Photo via AP)