The sleep calculator helps you determine exactly what time you should wake up without interrupting your REM cycle. 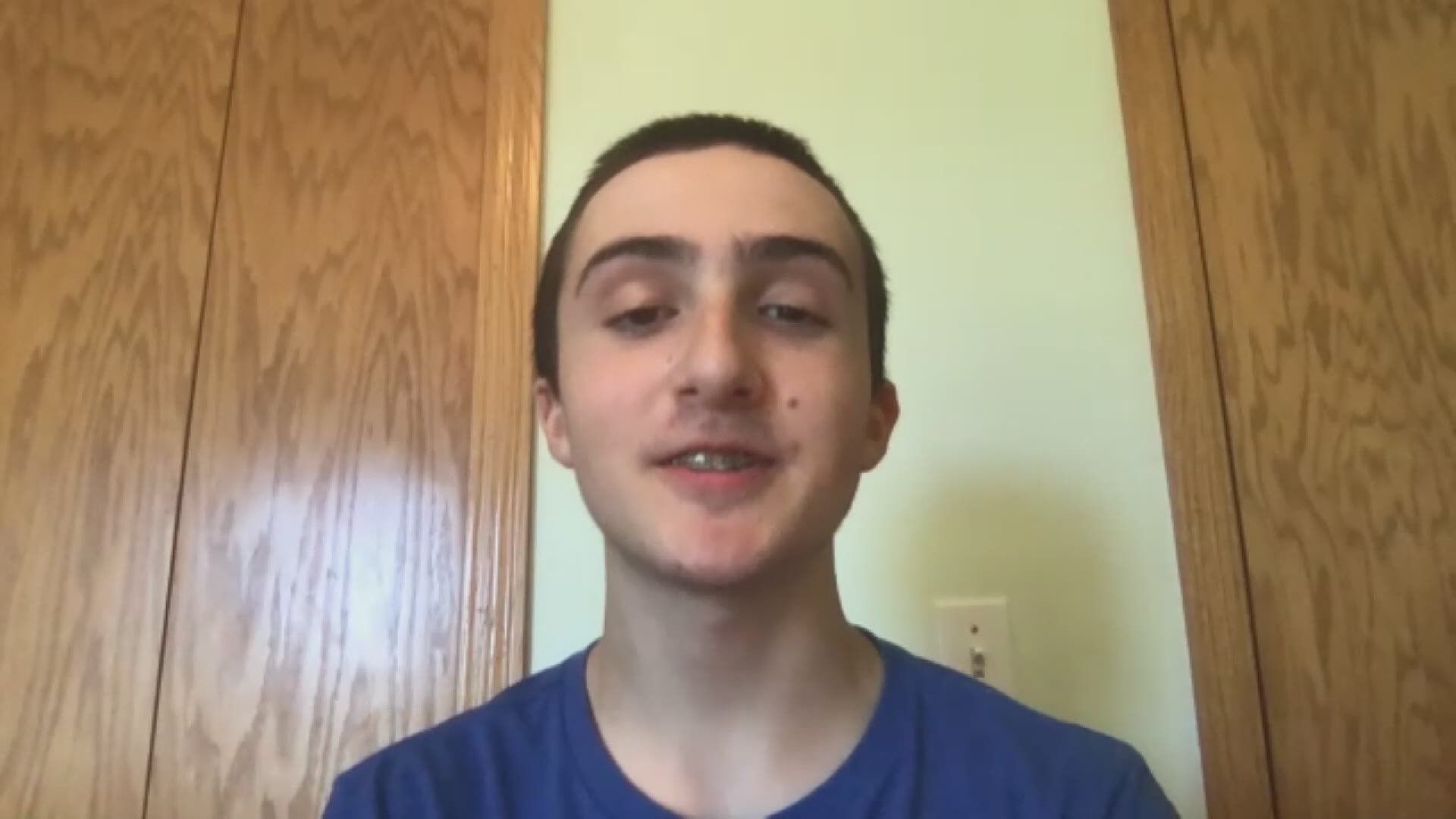 WAYZATA, Minn. — Fifteen-year-old Josh Ternyak kept waking up tired, even when he got 8 hours of sleep.

He also noticed that all of his friends at school were experiencing the same thing.

"Everyone told me, 'I feel not energized, I just feel sleepy, sleep-deprived,'" he said. "And I was like, how can everyone be sleep deprived? It’s not possible. Like, they don’t get that much homework."

Josh did some research and determined that he and his friends may be so groggy because they were waking up in the middle of a REM cycle.

The Wayzata High School student, who has been doing web development since he was 11, decided to build a sleep calculator. It's simple: You punch in the time you want to get up, and it tells you when to go to bed so that you don't wake up in the middle of a 90-minute REM cycle.

Josh posted his calculator on a few developer forums, then on Reddit, and saw that it was getting a lot of upvotes. At one point a couple weeks ago, Josh woke up in the morning and saw his website had nearly 10,000 hits.

"It's amazing that a teenager locally has developed a tool for us to be able to, you know, just think about sleep," Varghese said. "And it speaks to how much sleep is getting on the radar of a lot of people, even children and our teenagers."

Varghese explained that sleep is broken up into REM sleep and non-REM sleep. The non-REM sleep stages are the deepest stages of sleep. REM sleep, on the other hand, is where we do our most vivid dreaming.

"Some people think that REM sleep is actually deep sleep, and it's not," Varghese said. "It's actually a very light stage sleep, which explains why sometimes you wake up from a dream and you're pretty awake."

While not every person's sleep cycles are exactly 90 minutes, Varghese said that timing is generally accurate for most of the population.

"If you were to awaken in a lighter stage of sleep, which in this case happens to be REM, you might feel more awake and alert and may experience feeling refreshed," he said.

However, Varghese said, paying attention to your REM cycle is no substitute for getting enough sleep.

"If you're hoping to wake up in REM and feeling refreshed, but you're only getting six hours of sleep, it's not going to happen because sleep is one of those things that once you lose it, you'll never get back."

As parents and teens transition back into a school schedule amid the stress and uncertainty of the COVID-19 pandemic, Dr. Varghese has some recommendations.

As for Josh's sleep calculator, he said he loves seeing it improve not only his friends' and his own sleep, but that of others around the world.

Some of those people have reached out and asked Josh for a new iteration of the sleep calculator - a mobile app.

"Many people have requested it," Josh said. "I’ll definitely look into it ... that will take some time because I’ve never done it before."

That didn't stop Josh the first time, though.

"I was really motivated to build it because I knew that if I had this problem, then other people would use it as well," he said.