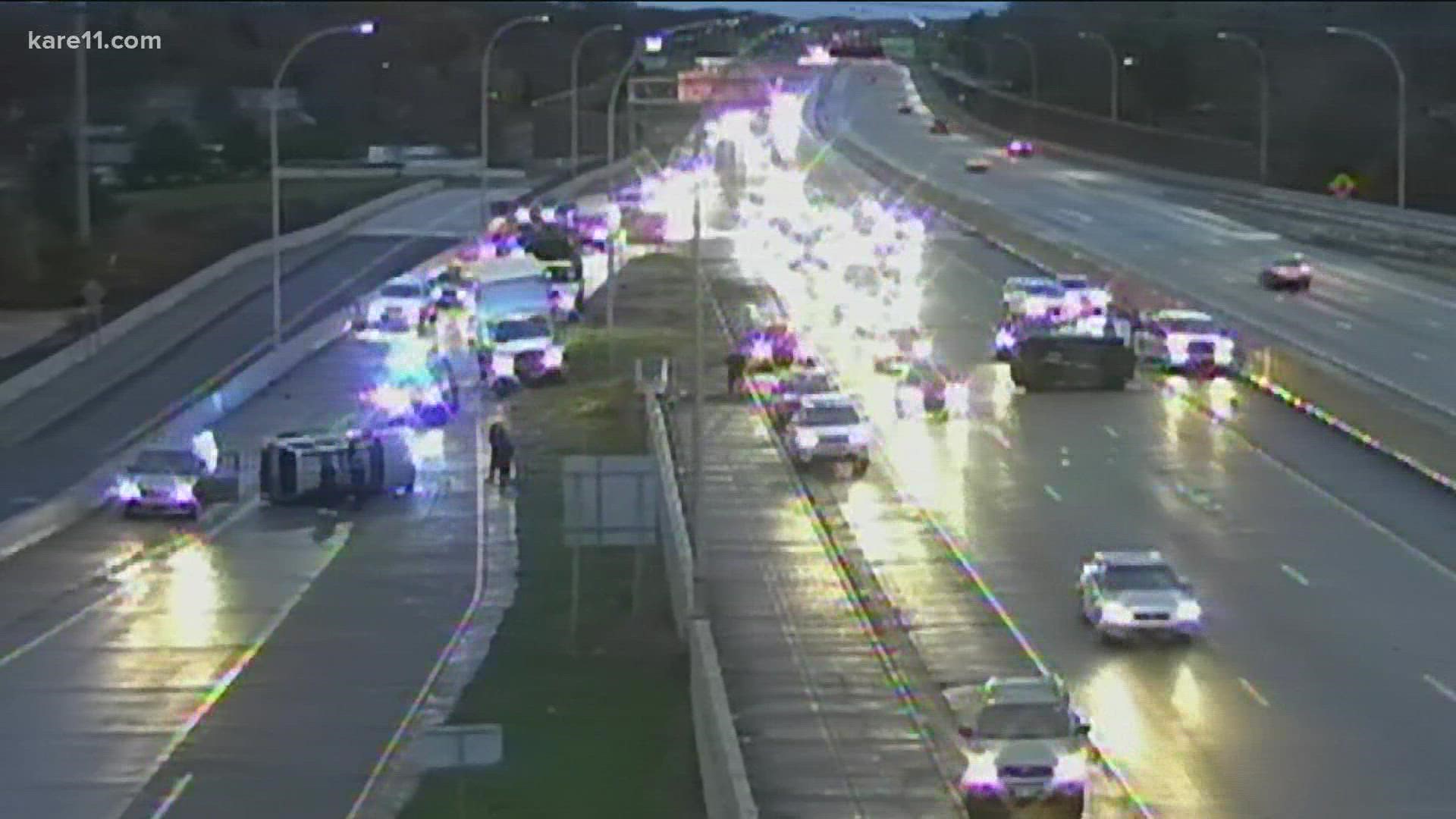 MINNEAPOLIS — The Minnesota State Patrol was busy Saturday responding to several jackknifed semis, crashes and spinouts. After the first significant snowfall of the season, troopers, along with Minnesota Department of Transportation (MnDOT) officials, are warning drivers to slow down and drive smart.

Kirsten Klein, spokesperson for MnDOT, said now is the time to make sure you have enough space ahead of you when driving. She says the looks of road conditions can often be deceiving. 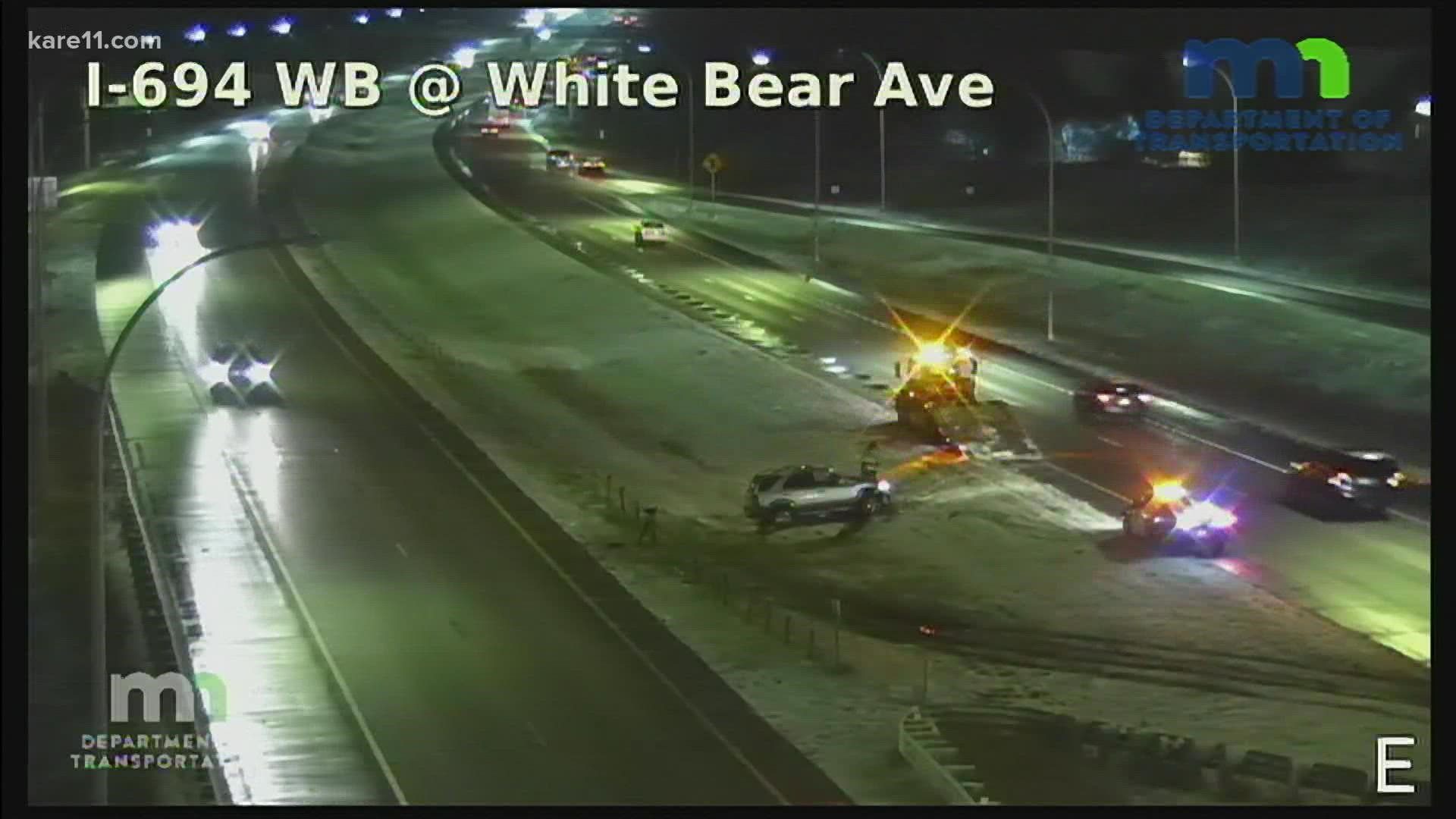 "Even when the snow plows are out there, give yourself plenty of room between you and the plow," Klein said. "Because you could run into one of those areas where it’s really slick, and you may not notice."

Klein said drivers should pay extra attention while driving in areas that see less sunlight, or over bridges.

"The bridge decks, those ramps, the underpasses, side streets tend to get a little bit more slick in the morning, so just be prepared," she said.

MnDOT shared the below graphic to illustrate how the road can become cooler on overpasses and bridges.

"The roadway actually is colder than what the air is, so you can get that condensation on the road, so it will freeze quicker," Klein said. "Of course, MnDOT goes through and treats (these areas), but even pre-treating the roads, or treating the roads, isn't a cure-all. You can still run into those icy conditions."

When you're looking straight ahead while driving, you may not always know whether you're driving over a bridge, or whether there's solid ground underneath your car that could warm up the roadway. Klein said there are visual and audio cues to stay aware, such as keeping your ears peeled for the sound of driving over an expansion joint.

"When you’re driving across that, you hear that 'thunk' in your car, and you know you’re on a bridge. It’s the best way to describe it," she said.

Also, be on the lookout for a concrete barrier to the right.

"If you’re seeing concrete barriers on both sides of you, it’s likely a bridge," Klein said. 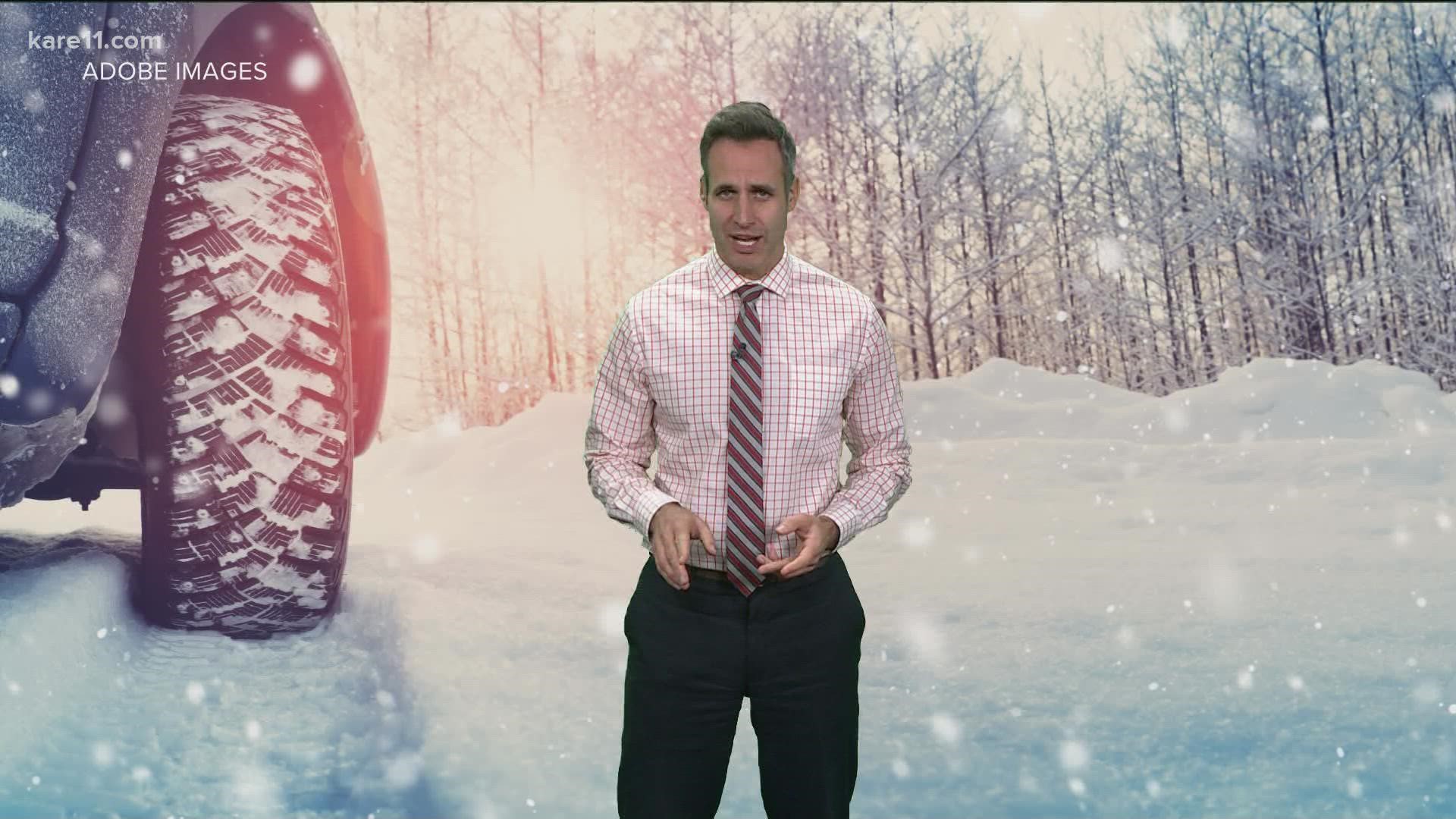 A driver's guide to navigating winter in Minnesota