Drivers in 'satisfactory' condition after buses collide near state fair

Eight people were taken to the hospital, but the two drivers had the most serious injuries, according to the state patrol. 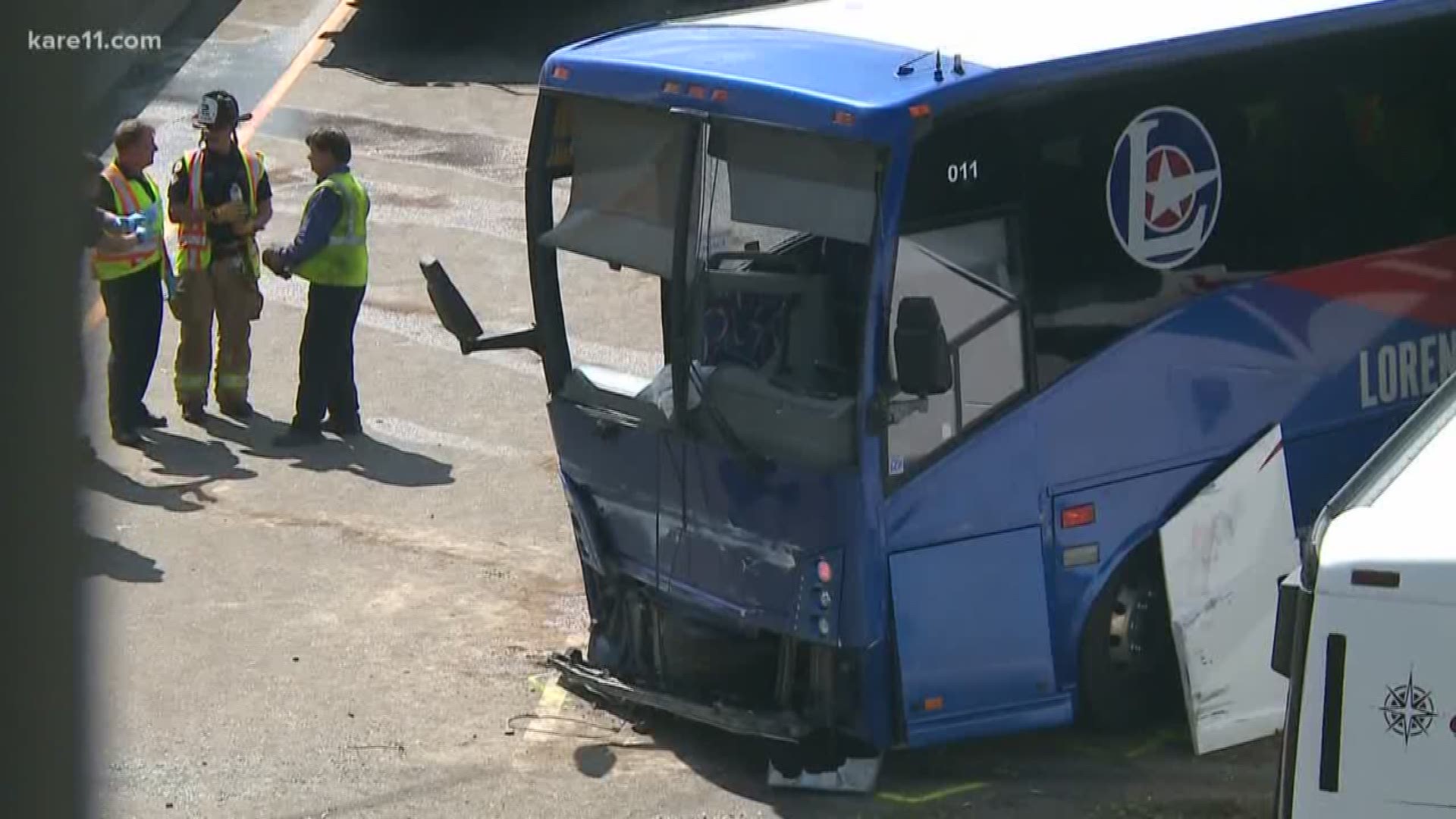 ST PAUL, Minn. — Two bus drivers are listed in "satisfactory condition" at HCMC after their buses collided near the Minnesota State Fair on Thursday morning.

The charter buses were from Andy's Charter Service in Little Falls and Lorenz Bus Service. State Patrol Spokesman Lt. Gordon Shank says preliminary evidence indicates that the driver of the Lorenz bus was turning left off Larpenteur onto the Highway 280 on-ramp when he continued veering to the left, drove down a steep grass embankment and onto the highway.

The Lorenz bus hit the median hard, then was struck in the right rear quarter by the Andy's bus, which was driving south on 280 at highway speed. 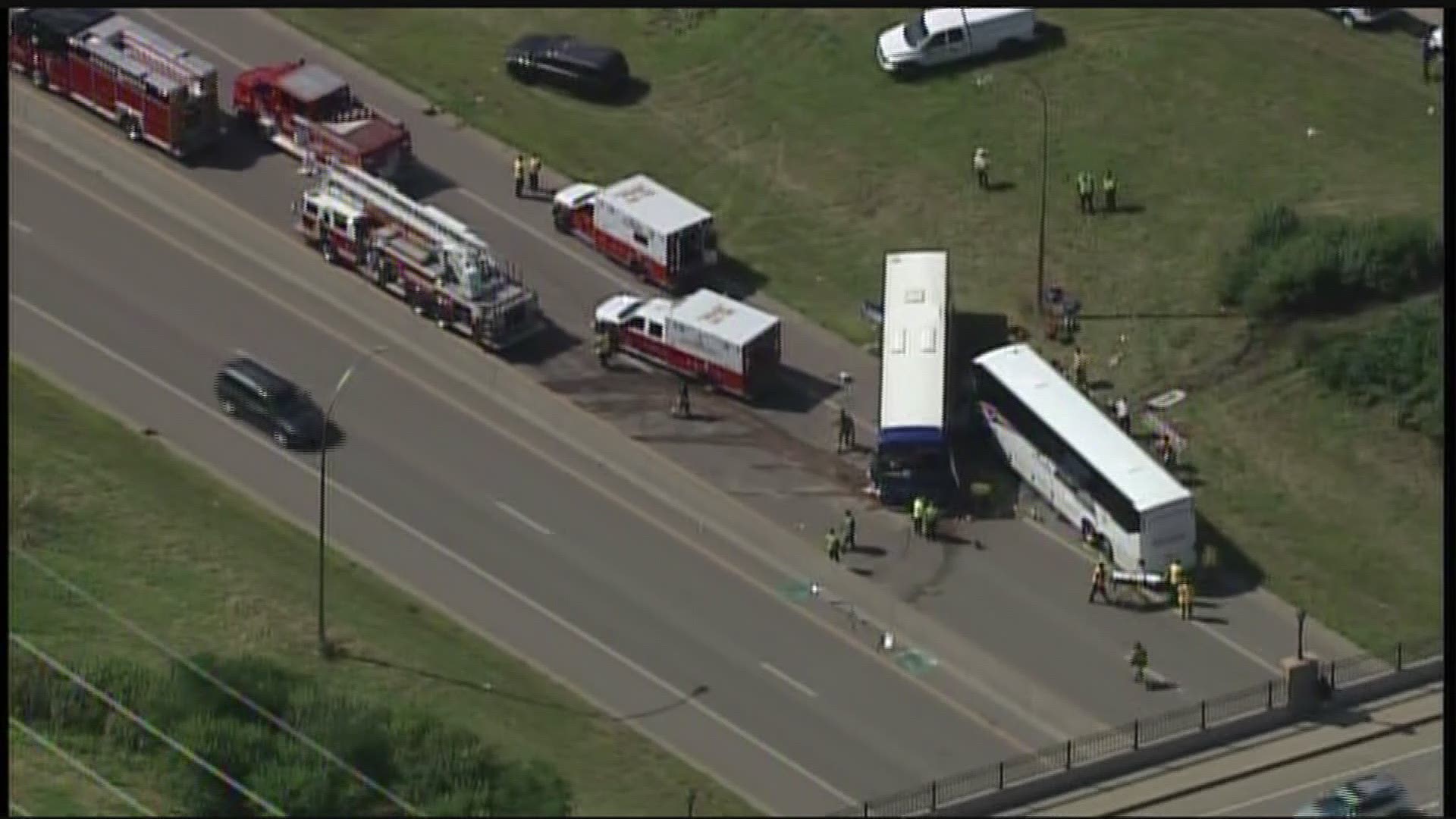 The St. Paul Fire Department says eight people were taken to the hospital. The Minnesota State Patrol says the two bus drivers have the most serious injuries, and they were taken to HCMC. Both were listed in satisfactory condition as of Friday morning.

The St. Paul Fire Department says both drivers were pinned to their seats and they had to use extrication equipment to get them out.

Credit: KARE
St. Paul Fire and Rescue crews had to extricate both drivers from their buses.

Shanks says at this point it is not clear why the Lorenz driver drove down the embankment.

"My wife was back in a walkway and she flew toward the front of the bus. People caught her by her arm and, thank goodness, they saved her from maybe going out the windshield," said Denis Dolan, who was on board the Andy's bus.

Credit: KARE
Early evidence suggests the driver of one bus veered off an on-ramp, drove down an embankment and into the middle of the busy highway.

"I hit so hard on the back of the head rest and I immediately stood up and there was blood all over the floor," said Jody Arbuckle, a passenger on the Andy's bus.

A replacement bus from Andy's Charter Service was sent to bring some of the passengers home, while a handful of others continued on to their planned trip to the Minnesota State Fair.

An estimated 46 of the 50 passengers rode the replacement bus home to Little Falls and arrived about 6:30 p.m.

"Glad to be back," Julie Brill said as she stepped off the bus. A day at the fair "wasn't mean to be, but we're just grateful everyone lived and that nobody is super seriously injured."

Troopers have inspected the two buses and reconstructed the crash.

The crash occurred about half a mile east of the fairgrounds, making a bad traffic situation on day one even worse. Traffic was bumper to bumper on all routes leading in. 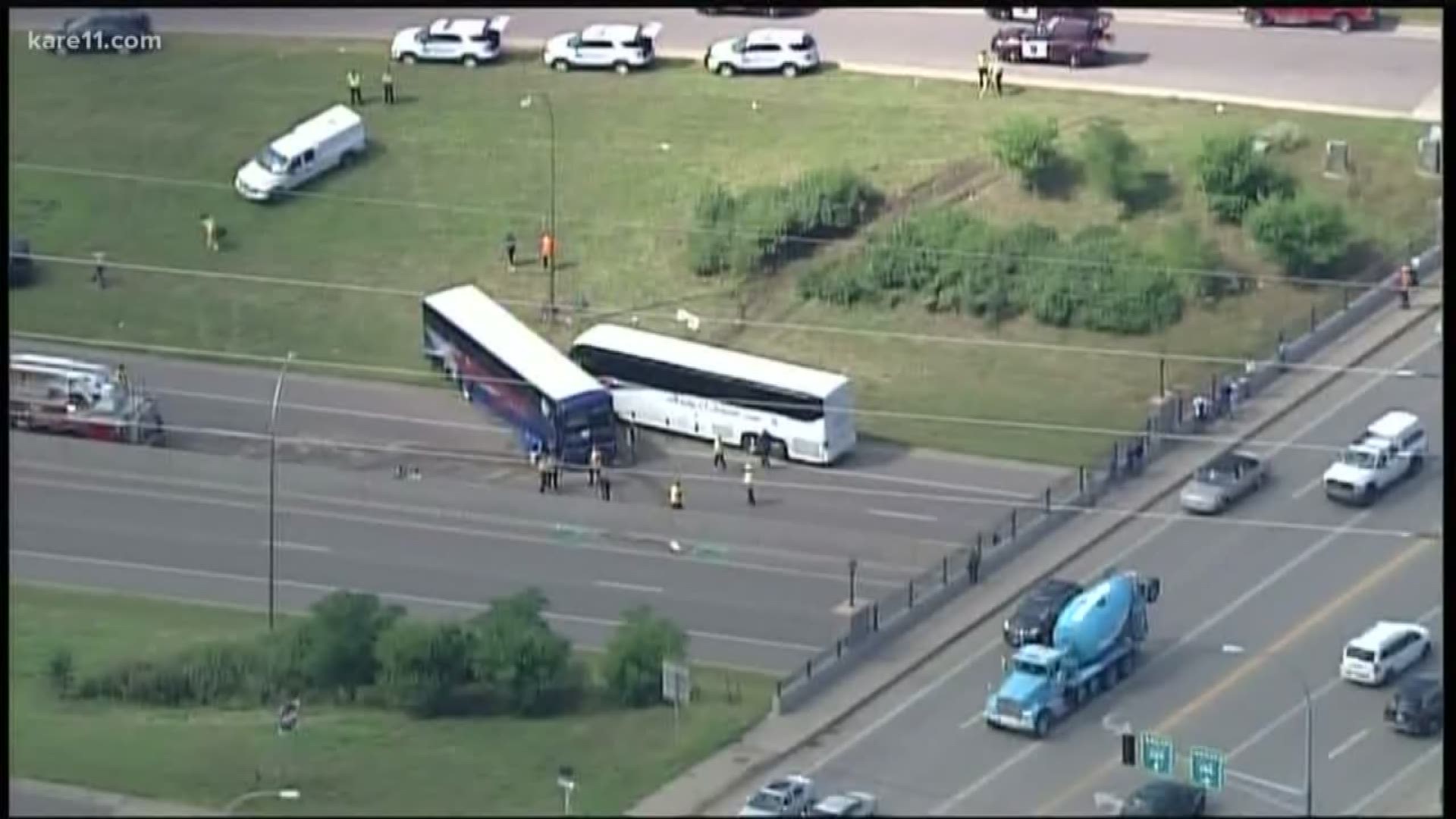