Car cut in half after crash on Highway 65, driver killed

A second motorist, whose car was hit while waiting at a red light, was taken to the hospital with non-life-threatening injuries. 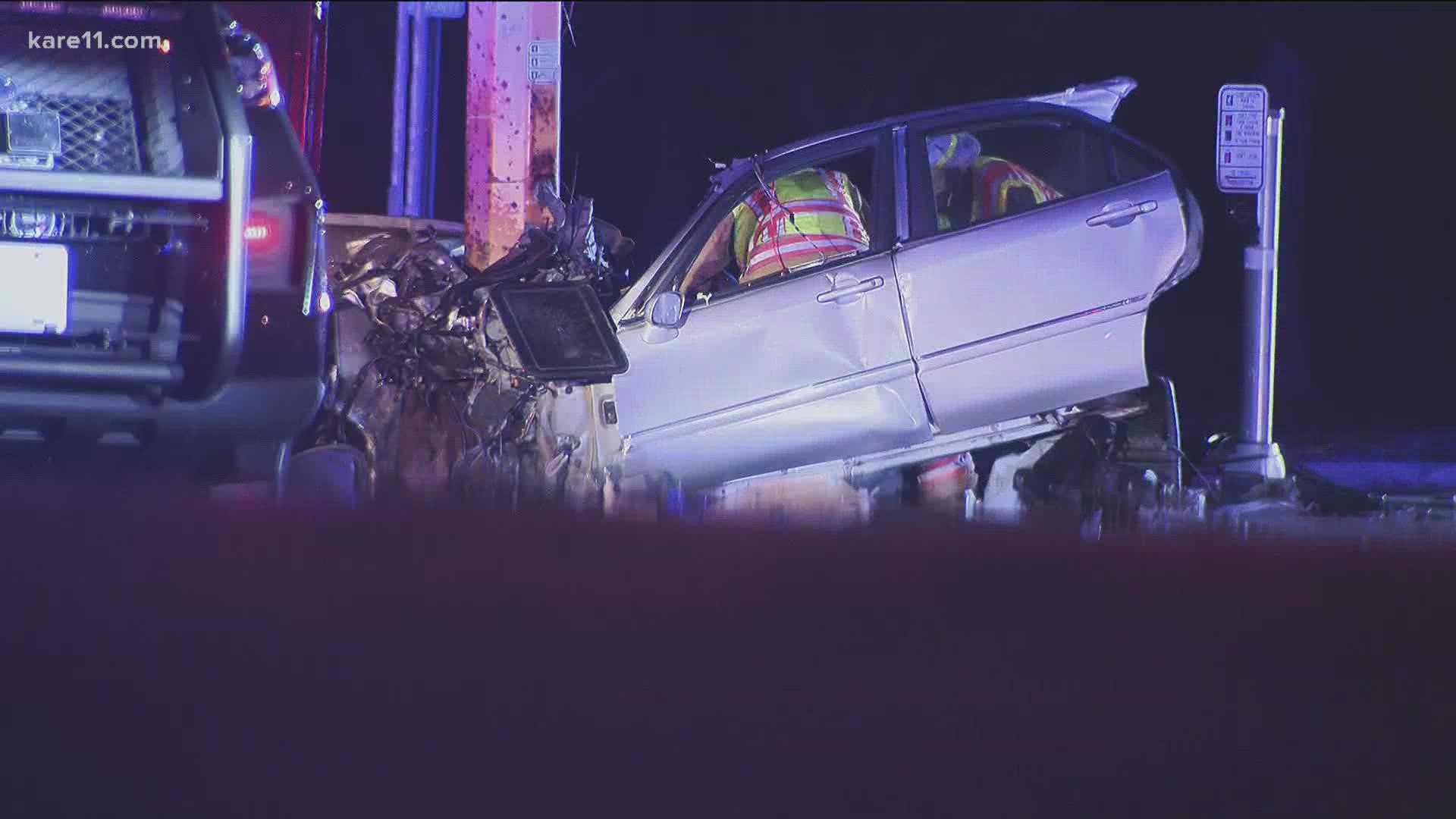 FRIDLEY, Minn. — The Minnesota State Patrol is investigating what led to a fatal crash on Monday night that closed a portion of Highway 65 in Anoka County for several hours.

Investigators say that around 10:30 p.m., an Acura sedan smashed into another car at the intersection of southbound Highway 65 (Central Ave.) and Medtronic Parkway in Fridley.

Troopers learned the Acura was traveling south on Central and crossed into the northbound lanes at a high rate of speed, hitting a traffic light in the northeast corner of the intersection. The collision cut the Acura in half before it careened into a vehicle waiting at a red light.

The driver of the Acura, 29-year-old Alex Wayne Tuerk of Spooner, Wisconsin, was rushed to North Memorial Medical Center where he later died.

The 25-year-old driver of the other vehicle, a Mitsubishi Mirage, was taken to Hennepin HealthCare in Minneapolis with non-life threatening injuries.

It is unknown if drugs or alcohol played a part in this crash.

KARE 11 will update this article with more information as it becomes available.

BREAKING: On come of a horrific tow car crash near 694 & Central. We’re not sure as to the condition of those involved but the vehicle on the left has been cleaved in half. NB Central is closed North of 694. @KARE11 pic.twitter.com/Sfu0v52PvG

1 / 4
KARE 11
One vehicle crashed into another Monday night, closing Highway 65 and sending two people to the hospital. Police said one of the drivers was seriously injured. 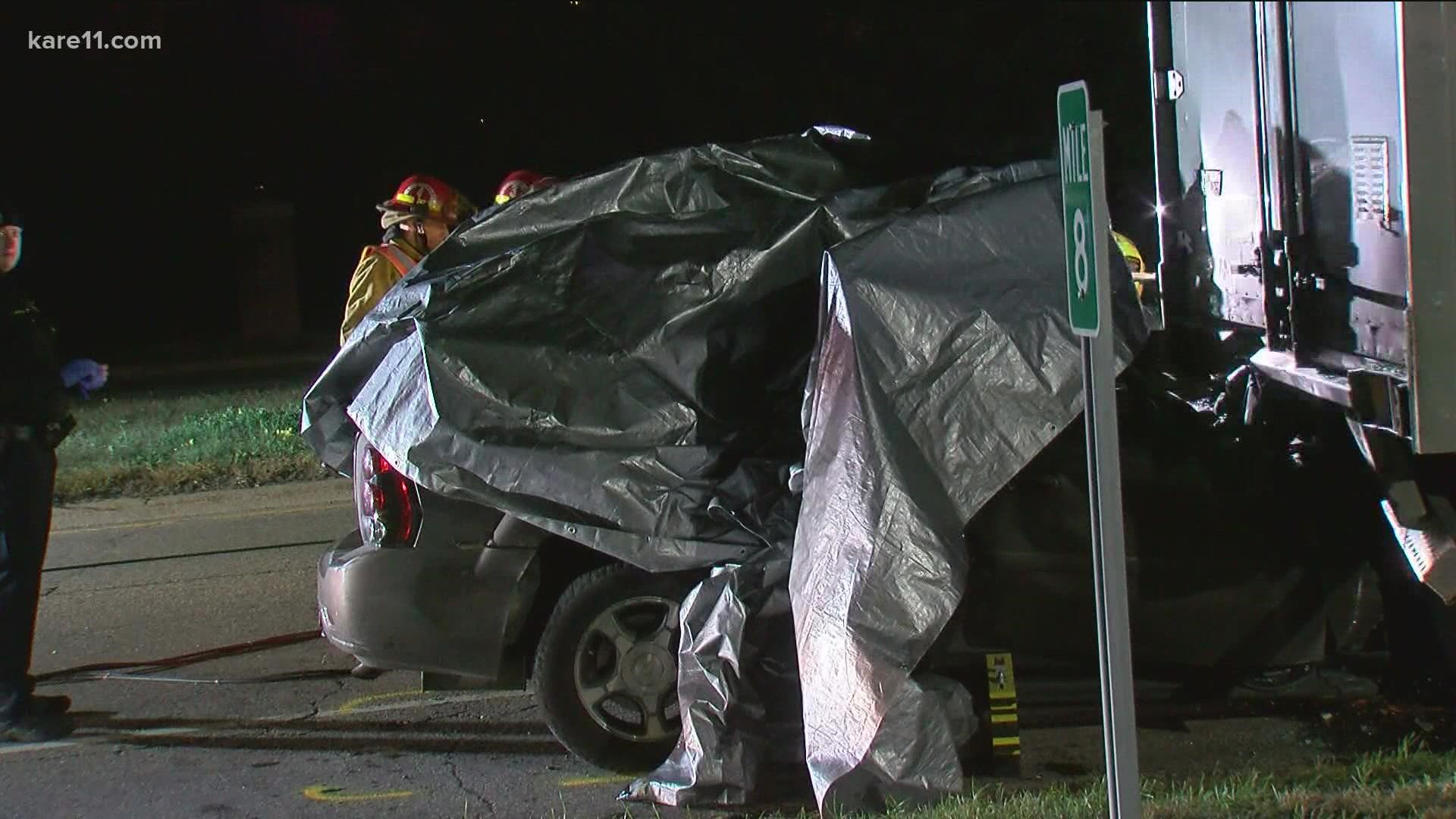