The eastbound lanes of the interstate were closed near the junction with I-494 for the majority of Thursday morning's rush hour. 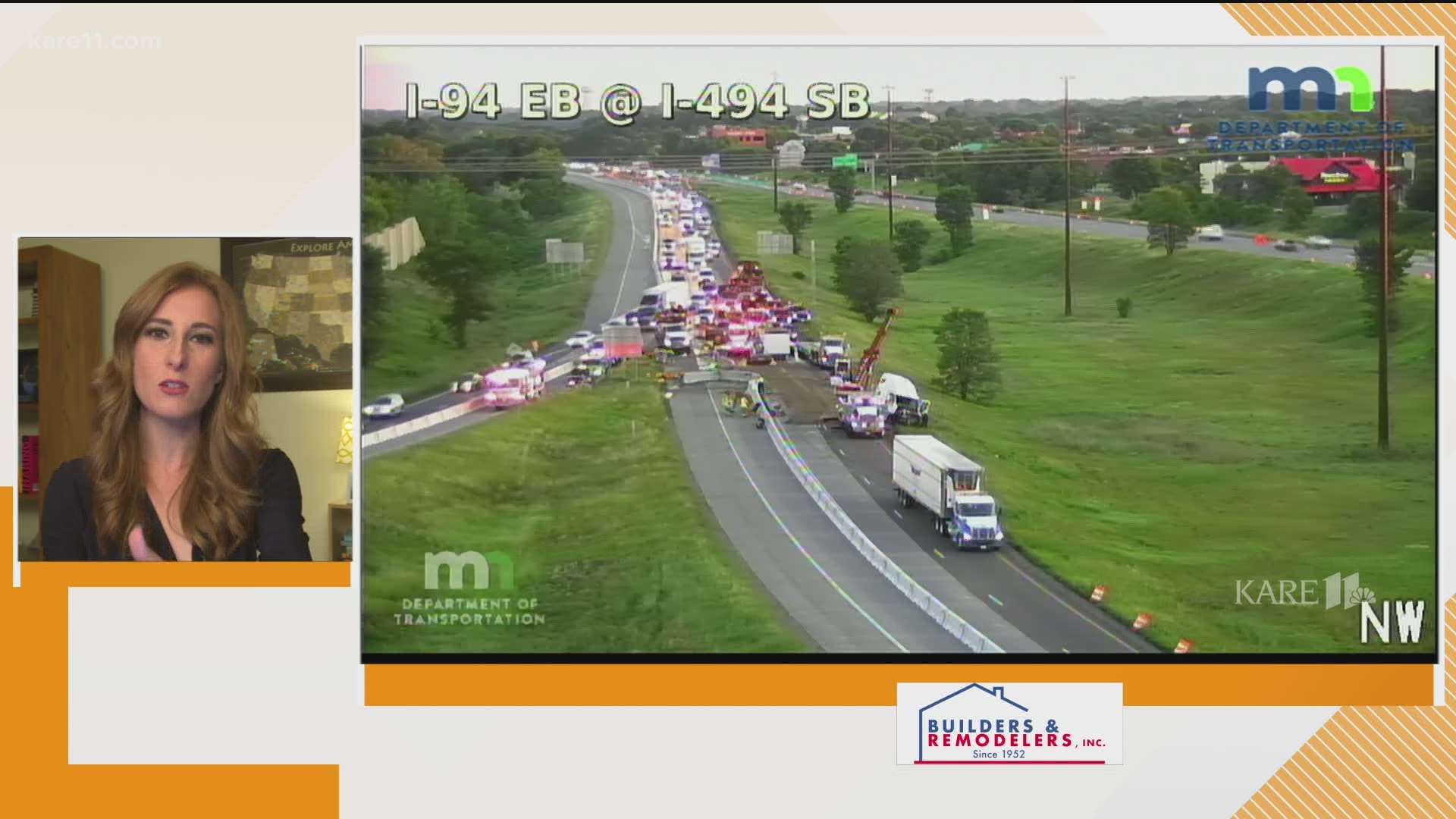 MAPLE GROVE, Minn. — The eastbound lanes of I-94 at the busy junction with I-494 are open again following a semi jackknife and crash that closed the interstate for much of the morning rush hour.

The crash occurred just before 5:00 a.m. Thursday, in the area of I-94 and I-494 southbound, diverting traffic and causing slowdowns. The Minnesota State Patrol posted on its Twitter account that the semi was loaded with about 43,000 pounds of fruit when it rolled.

Eastbound I-94 was closed for a bit less than four hours as the truck was righted and towed, and the crash scene reconstructed and cleaned up.

Troopers are investigating a jackknifed semi crash (no injuries) eastbound Highway 94 at 494 in Maple Grove. The semi was loaded with approximately 43,000 pounds of fruit. EB Highway 94 will be closed for an extended period of time. Info will be posted at https://t.co/H61Hy2CkD2 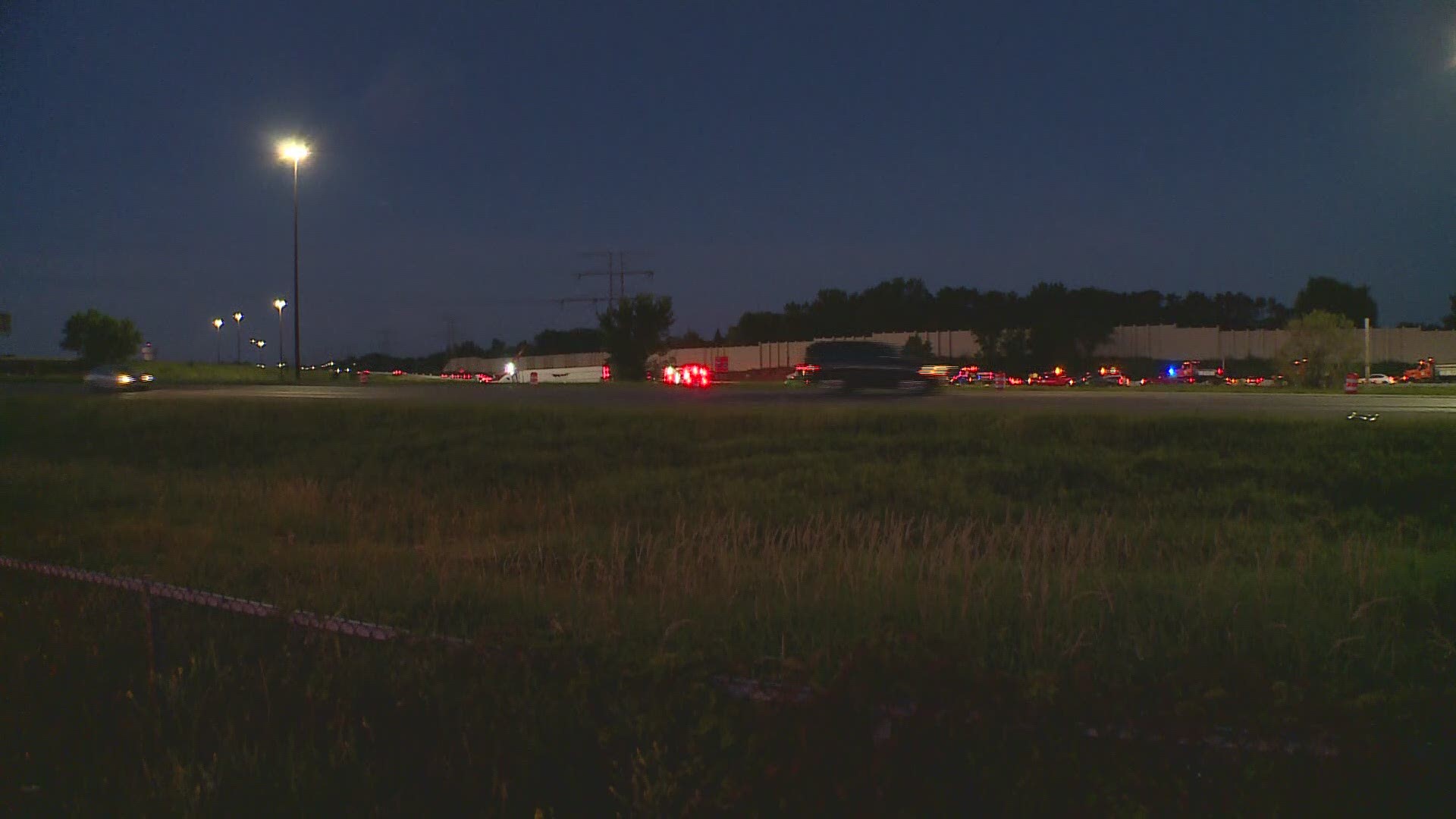 Traffic backed up for miles during the morning rush, as I-94 eastbound through Rogers and Maple Grove is one of the most heavily-used stretches of interstate in the Twin Cities area.