MnDOT is testing a new warning system to help keep drivers safe when roads are slippery on Highway 12. 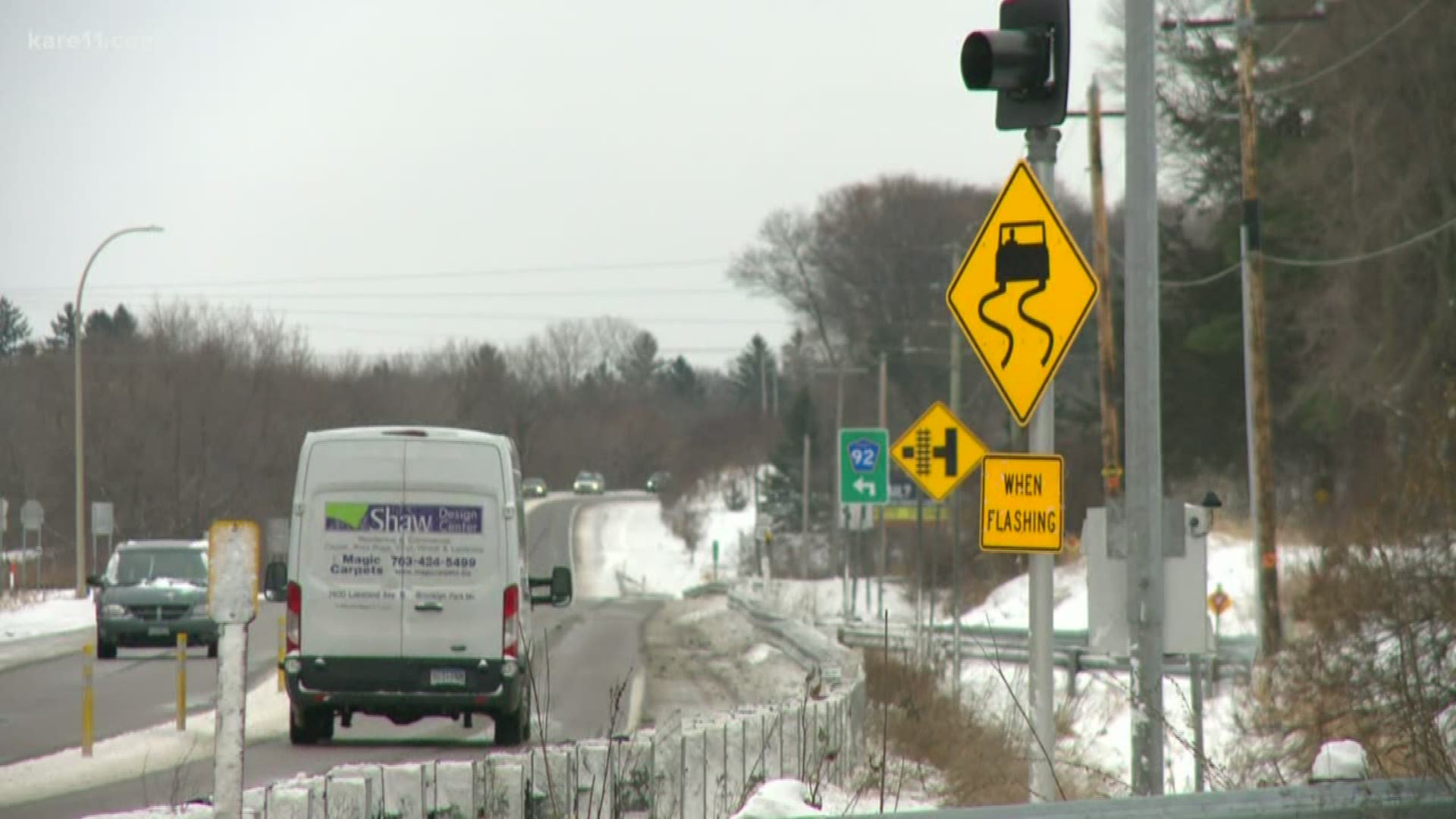 MAPLE PLAIN, Minn. — When the roads get slippery, drivers on Highway 12 are now being warned in a new way.

MnDOT recently launched a warning system that uses sensors to detect when there's less friction on the roads.

"There's a laser that shoots on and it measures friction," explained Dave Aeikens, MnDOT public affairs coordinator. "Today it activated for the first time at 5:46 a.m. this morning and if all goes well, it should shut itself off this afternoon if it hasn't already."

According to Aeikens, there are 10 sensors along a six-mile stretch on Highway 12. When roads are slippery, it warns drivers through signs from Delano to Maple Plain. MnDOT has placed two message signs, along with yellow flashing beacons.

"The sensors pick that up and it goes to the signs and it goes to the lights and they'll start flashing. We can also control it from here. We have one camera out there right now and when this is fully implemented there'll be 5," Aeikens said.

The system was installed in mid-November.

Aeikens said it's the largest sensor-based system of its kind in the state of Minnesota. In the future, the technology could also be used on other roads across the state.

"We've got some folks that are going to study this for us and gather some data and we'll take a look at it and see if this something that would be useful somewhere else and cost effective," Aeikens said.

MnDOT also plans on removing some trees this winter to help the sun reach the highway to melt the snow and ice quicker.

The new warning system is part of a larger project to make Highway 12 safer. You can read more about the Highway 12 improvements, here.