Driver was spreading salt on Highway 169 with his truck bed a little too high. 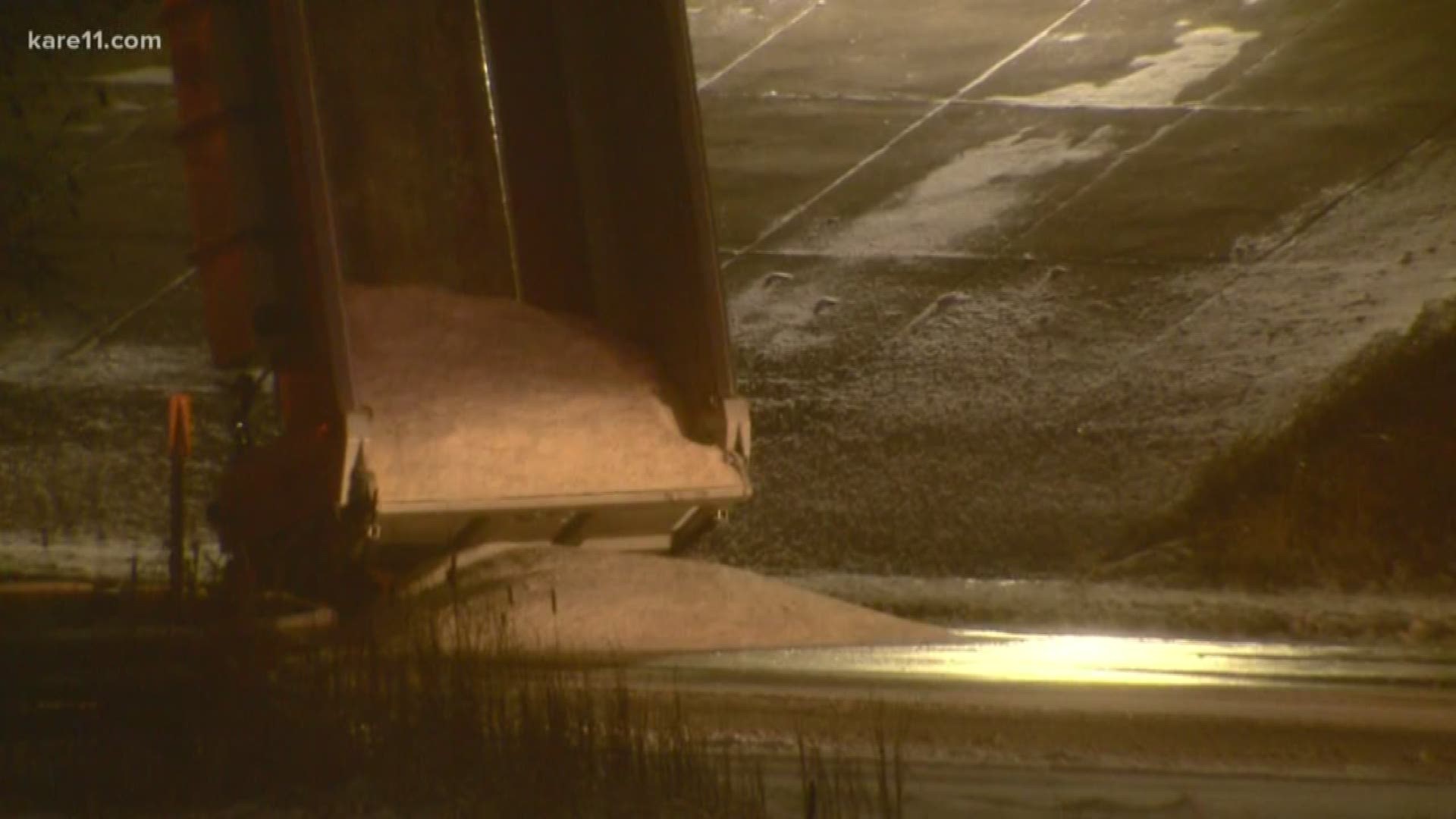 On Monday evening, the upright bed of his plow truck proved to be a few inches too tall for the Bass Lake Road overpass as he spread salt on Highway 169.

The truck proceeded under the bridge, but its bed became wedged underneath.

“That’s something, right there,” Trenton Kolles said as he watched the aftermath of the crash from the parking lot at Superior Ford. “Stuff happens, I guess.”

MnDOT says its driver was exiting the ramp off Bass Lake Road and merging onto northbound Highway 169, when the truck’s upright bed hit the overpass.

The overpass was inspected, according to MnDOT, before the truck bed was removed.  The bridge was deemed structurally safe.

Northbound traffic backed up for miles behind the crash during evening rush hour.

MnDOT says its driver was uninjured – aside from his pride.

RELATED: Minnesota farmers ready to turn the page to 2020