Traffic cameras show the semi slowing down, but moving in and out of traffic without reason over a several mile stretch. 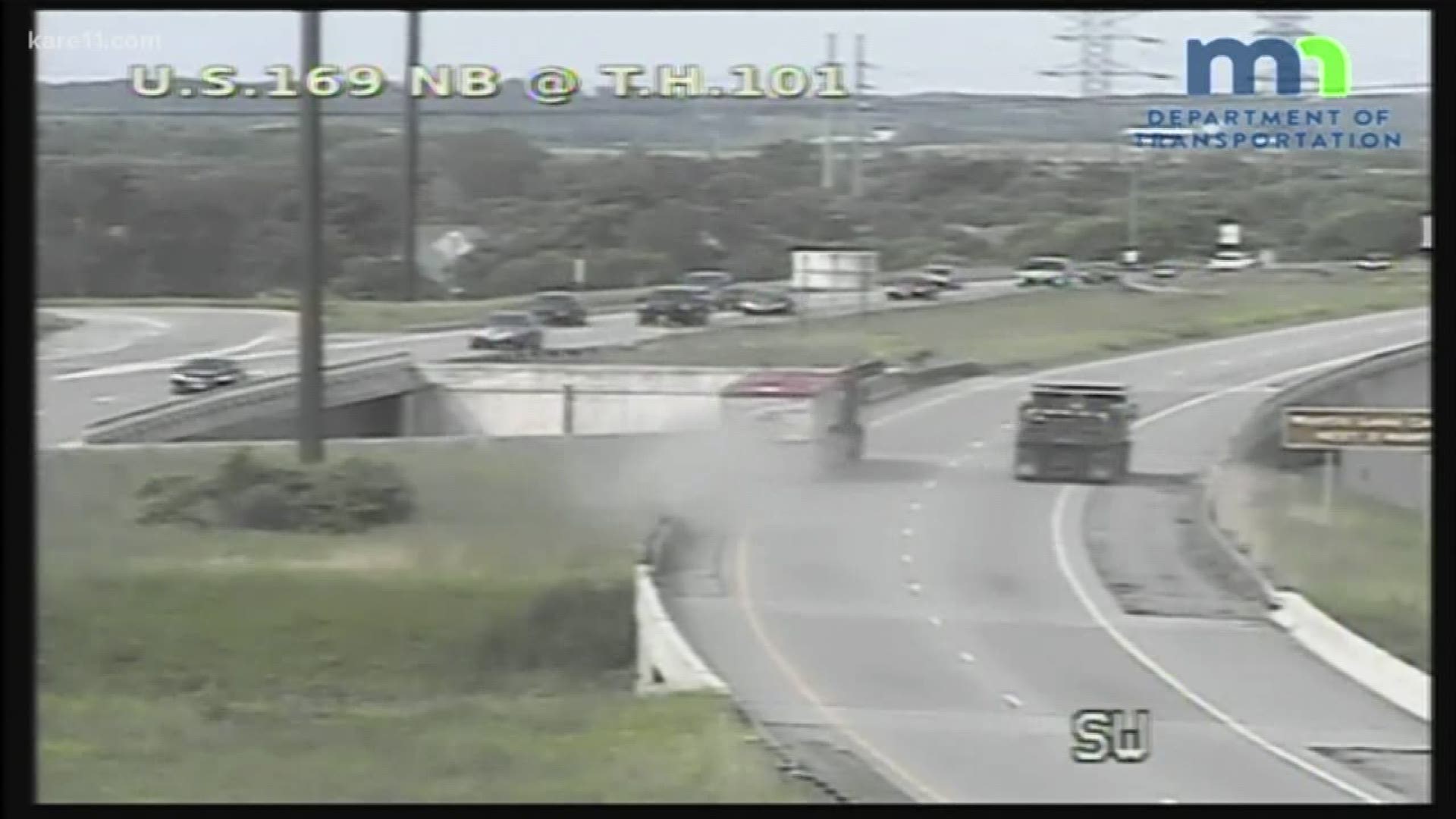 MnDOT traffic cameras captured a harrowing situation as an out-of-control semi weaved and swerved down a busy highway in the south metro Monday morning.

Traffic cameras show the semi slowing down, but moving in and out of traffic without reason over a several mile stretch. Eventually the truck somehow made it to the right shoulder of 169 near the County Road 83 exit, where it stopped for a short period of time, but then slowly rolled out into traffic again. At that point a State Trooper pulled in front of the truck, and the semi stopped for good.

Shanks says it appears that the driver of the rig had suffered some sort of medical emergency and was being treated by first responders.

The driver appeared to be having a medical related issue and is being assisted by EMS. This incident is under investigation.

John Hausladen, the president of the Minnesota Trucking Association, called the situation "atypical" and said medical emergencies among truck drivers are very rare.

"Every truck driver has a higher medical requirement than the average car driver," he said. "They must have a physical every two years, that must be conducted by a registered, licensed medical examiner. And if you have issues, it could be required more frequently."

Hausladen said that in the event of a health emergency, truck drivers are trained to immediately pull over.