Icy conditions lead to hundreds of crashes across Minnesota

'No travel' advisories have been lifted as temps warm above freezing. 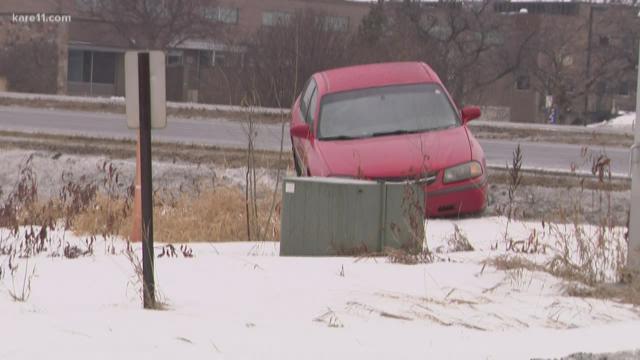 The State Patrol was reporting 357 crashes across the state between 5 a.m. and 10 a.m. on Saturday morning, including two deadly crashes, 34 crashes with injury, and 13 jacknifed semis.

Total crashes now stand at 470 across the state. 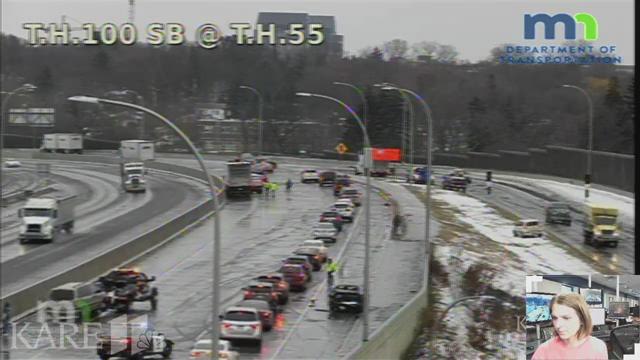 MnDOT lifted a "no travel advisory" for the Twin Cities metro area by 12:30 p.m., however, both MnDOT and the Minnesota State Patrol advised motorists to continue to use caution on the roads.

Eden Prairie police were among the agencies advising against travel during the morning hours, after some of its own squad cars were involved in crashes while responding to other emergencies. Eden Prairie police said the officers weren't hurt.

Slick roads caused a school bus in Eden Prairie to slide through an intersection. Eden Prairie police said children were on the bus, but no one was hurt.

"Lots of cars in the ditch. Plows were getting stuck," said Joe Watters of CB Services, who was salting a parking lot in Plymouth Saturday morning. "This isn't the worst I've seen, but this is pretty bad."

The National Weather Service noted that while temperatures were warming above freezing across the metro by late morning, it would take awhile longer for road surfaces to catch up.

KARE 11 meteorologist Laura Betker said the precipitation was forecast to change over to all rain throughout the remainder of Saturday and into Sunday.