The first phase of work on an area near the south checkpoint has wrapped up early, and two additional phases of the project have been pushed back until next year. 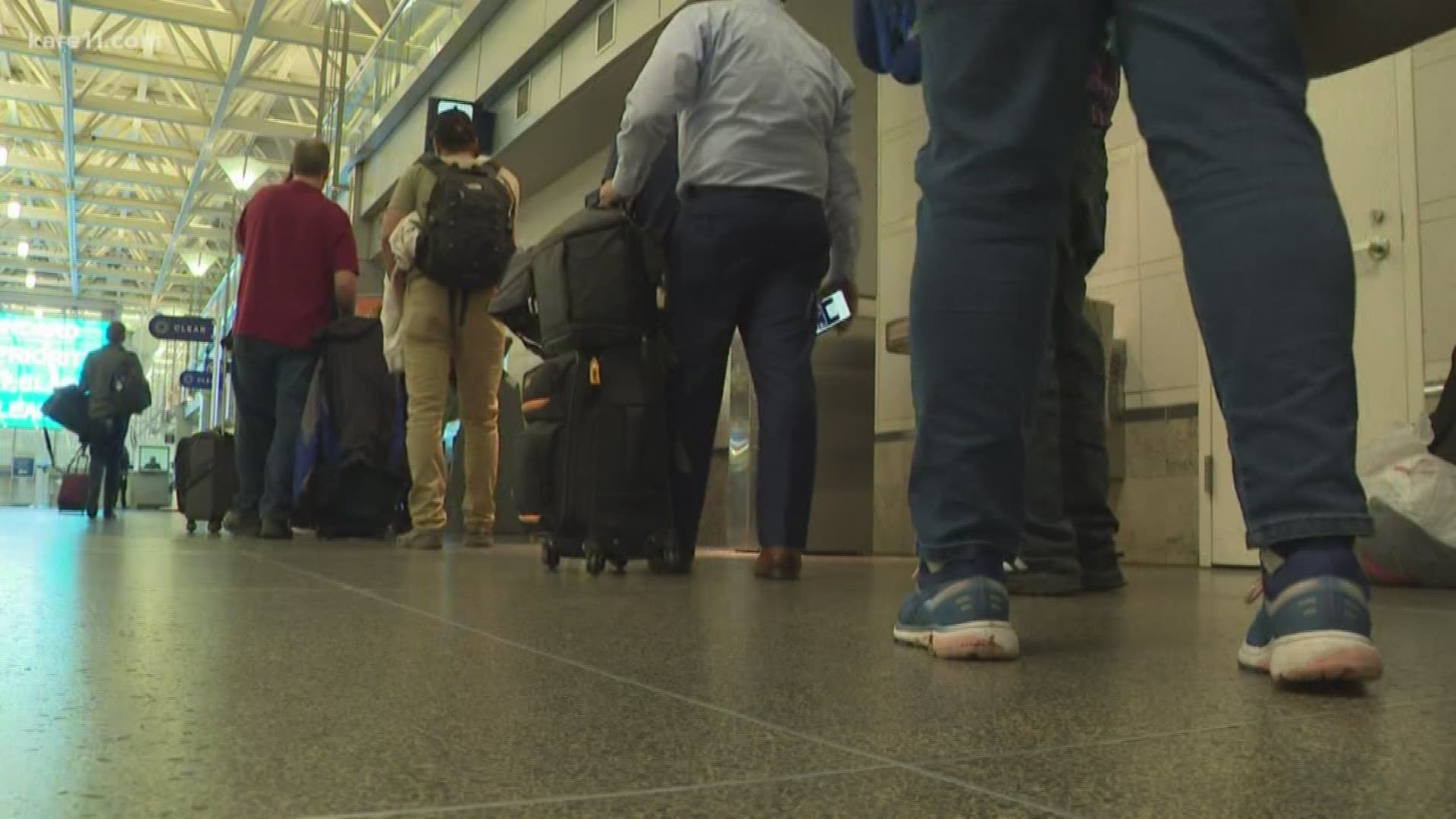 MINNEAPOLIS — A construction project that altered normal operations at MSP International Airport for nearly two months is all but wrapped up, just in time for one of the busiest travel periods of the year.

Metropolitan Airports Commission (MAC) spokesman Patrick Hogan says the first phase of work on an area near the south checkpoint has wrapped up, and two additional phases of the project have been pushed back until next year. The result is that both the north and south checkpoints will be open to ALL passengers, which was the norm prior to the start of construction Aug. 19.

In addition, Checkpoint 10, located between the Blue and Red parking ramps and opening onto the skyway connecting Concourses C and G, is now also available for passengers with just carry-on bags. That Checkpoint was closed for several months due to a TSA staffing shortage. Checkpoint 10 is open Monday through Friday, from 5:30 a.m. to 1:15 p.m.

Monday's announcement means "normal" operations will be in place for Minnesota's annual MEA extended weekend Oct. 16-20, when many families take a final trip before winter sets in and the snow flies.

"We're hoping that things are going to go much smoother, now that people can use either checkpoint," Hogan said. "But it really comes down to staffing in the end. If the TSA can't keep the lanes open, then there will be lines."

The mood of air travelers should be improved from the day in mid-August when airport officials announced that due to construction (which was supposed to last for five months) all TSA PreCheck and CLEAR PreCheck passengers would use the South Checkpoint only, leaving all other passengers, including coach, first class and Sky Priority to use the North Checkpoint. The first days of the change proved chaotic, with long lines and huge wait times for screening. Passengers lit up social media with complaints about flying out of MSP.

Airport officials quickly met with airline representatives and decided to beef up the number of TSA screening agents and start them earlier, and things settled down a bit.

"They do a great job here, locally, the problem is there just aren't enough screeners to do the job," Hogan said. "A challenge is that there are only so many screeners that the TSA, locally, is allowed to hire based on rules set in Washington DC."