Pandemic-weary travelers take to the sky for Spring Break

Travel experts are seeing the number airline passengers increase with a "have vaccination, will travel" mentality. 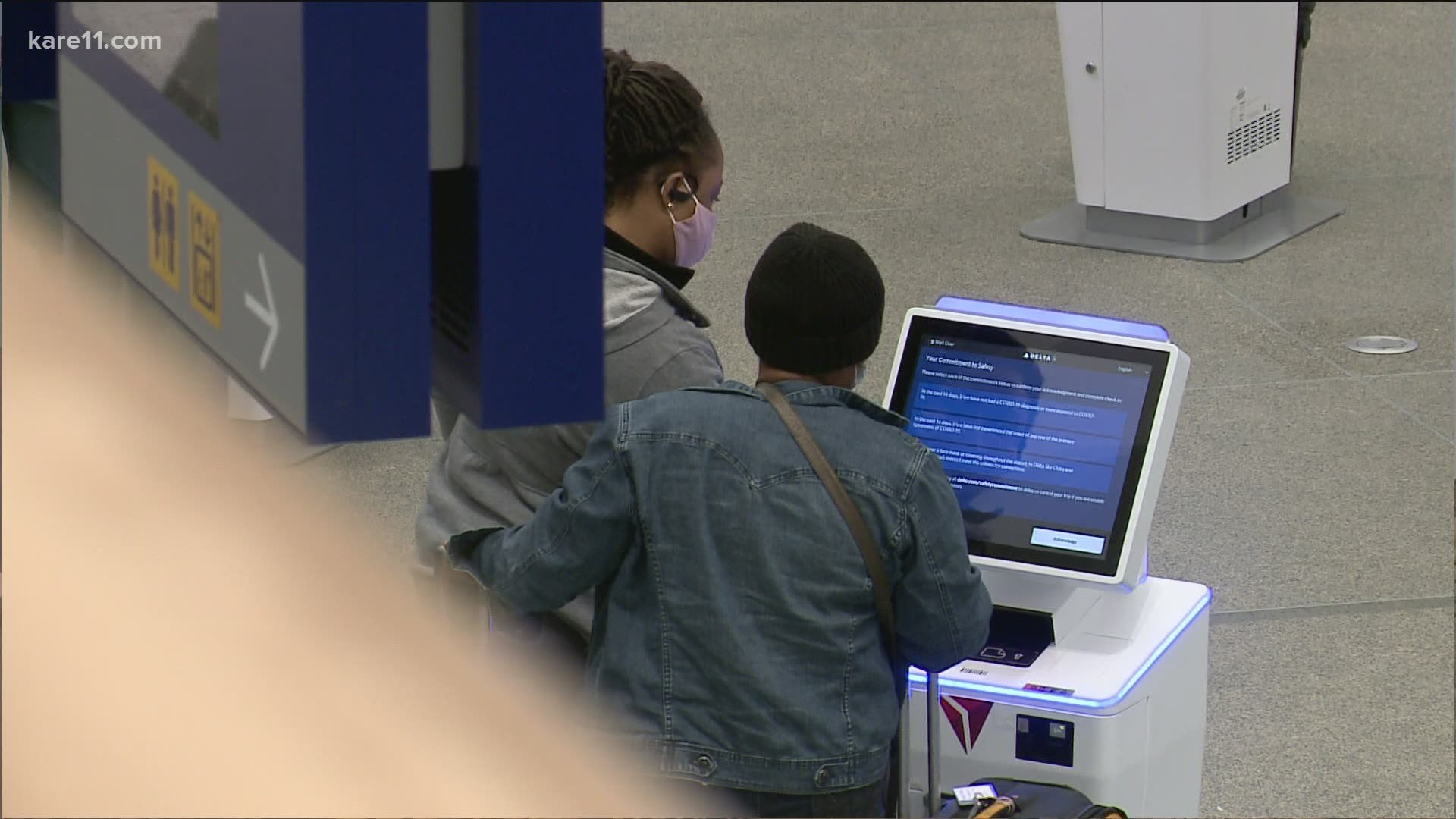 MINNEAPOLIS — Spring Break is in full swing! For a long time during this pandemic, the saying went “drive now, fly later.” But now, a local travel agent says that is all changing.

Ted Blank is with Travel Leaders in Woodbury.

"I would say actually the biggest trend we’re seeing right now is the 'have vaccination, will travel,'" Blank said.

Blank said the number of people travelling by plane has been going up since Christmas. He said because of restrictions in other countries, there is an increased demand in domestic travel.

"What we’ve really seen the big trend this year has been a shift towards more domestic travel and Florida in particular has seen really, really high demand and also Hawaii," Blank said.

Despite international and domestic travel overall down, the Metropolitan Airports Commission, or MAC, which operates Minneapolis-St. Paul International Airport, said the number of pandemic-weary people are ready to travel as the numbers steadily go up. Jeff Lea, the spokesperson for the MAC, said within a few weeks after the pandemic hit, they were down 95% in passenger activity. He said at the beginning of summer, they began slowly building up.

"We are used to seeing 35,000 to 45,000 passengers go through the check points on a normal spring break pre a pandemic," Lea said. He said that's not going to happen this year. "We’re severely down from that but if you look at the context of where we’ve been were seeing a big spike," Lea said.

Lea said during peak hours, there could be as many as 28,000 passengers.

"In some peak times of the day, we’re seeing like on an hour-by-hour basis, we’re seeing some peak activity within those hours higher than pre-pandemic," Lea said. "That might be a case where there’s different scheduling different load bigger aircraft and so we have more people almost going through the funnel, if you will, at a peak time than we might of pre-pandemic," Lea explains. He said that's why you should still give yourself two hours if you're flying domestic, and three hours if the flight is international.

Safety is still top of mind for the airport that’s following CDC guidelines like masking up and social distancing. But Lea said there are other safety measures travelers might not be aware of.

Lea said there are options to pre-book parking in Terminal 1. He also said you can order food from MSP's website. It'll be delivered to you at a gate in Terminal 1.

"The landscape of the vaccinations is bringing hope to a lot of folks," Lea said.

Hope for travel, where Blank said there’s flexibility for a flight. He said there is the ability to make changes that would've cost you in the past. That could be one reason he’s predicting a record for people grabbing flights for well into the future.

"We’re seeing a huge demand for people planning trips for 2022 and even 2023, which is kind of hard to believe," Blank said. Blank reminds people that if they're travelling internationally, you need a negative COVID test before returning.

In terms of lodging, Blank said make sure you know the vetting and quality control process, that pandemic cleaning standards are being followed, and what the cancellation policies are.

Blank said the downside in all this, refunds are harder to come by so make sure you do your research before putting money into a trip.