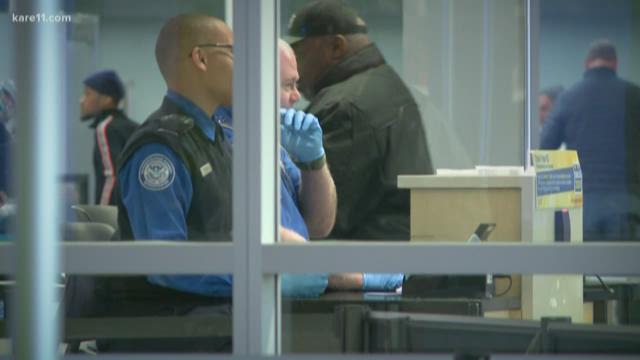 She's been through her fair share of congestion at the airport.

"If you don't know how to schedule your travel you can really get caught in long lines," said Avner.

She learned Monday that MSP is down a checkpoint.

"I think it's concerning," said Avner.

The $24 million skyway checkpoint linking the Intercontinental Hotel to Terminal 1 is now closed. MAC officials say TSA told them staffing is the reason for the closure.

Monday, the MAC commission said they're upset over the closure.

RELATED: Checkpoints at MSP Airport revert to normal operations in time for MEA

"Want it to be open. We want to still talk to them about it," said MAC Chair Rick King.

He says TSA at MSP currently has 30 employees over desired staffing level after concerns were raised about wait times earlier this year.

King says he was hoping the hotel checkpoint would stay open to avoid long lines at other checkpoints.

Now he's worried about congestion at drop off zones and security checkpoints.

"When you're short and you're causing me to close down lanes and then my lines get longer, that gets into me because the traveling public starts complaining and we don't want the lines," said King.

MAC officials plan to travel to Washington, D.C. to meet with TSA about the issue.